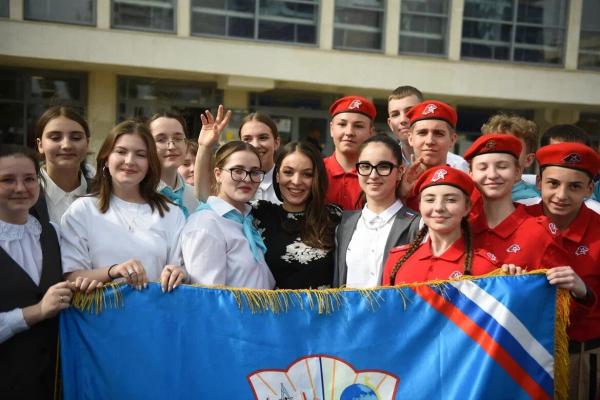 Head of Rostourism Zarina Doguzova paid a working visit to the Volgograd Region. On the first day, April 19, Zarina Doguzova solemnly opened the “Together” festival as part of the “Capital of Children's Tourism” program in the city of Volgograd and visited Mamaev Kurgan, where she laid flowers and honored the memory of the defenders of the Fatherland.

“Together” is the first and so far the only children's event in Russia, completely designed by children, which took place on the territory of the children's and youth center. In the program of the festival, master classes, quests were held for the children, meetings with representatives of the tourism sector and acquaintance with the sights and traditions of the Volgograd region were also held.

The event was attended by children from different regions of the country, including 100 schoolchildren from Rostov-on-Don as part of the program “More than a trip” – a large-scale federal program of youth trips around the country, which is implemented by Rostourism, Rosmolodezh, ANO “Russia – country of opportunities” and the “Knowledge” Society. In addition, the guys from the country's first Children's Tourism Council gave Zarina Doguzova a tour along the city's embankment. Young Volgograd residents showed the most interesting sights of the Central Embankment and talked about their contribution to the development of children's tourism in the region.

As Zarina Doguzova noted: “Children's and youth tourism is a separate and very important focus of our work. Here, a special approach is needed, first of all, in terms of new routes, programs, recreation formats, in order to form among young and very young tourists an interest in traveling around the country so that they are accessible, dynamic, meaningful and, of course, safe. This is one of the tasks of our new project – the festival of children's tourism “Together”, and of course, the project “More than a trip”. I am very pleased to see at the festival in Volgograd the guys who came under the “More than a Journey” program from different regions. And it is very important for me that we communicate, share our impressions, this time about Volgograd, about the Volga, about river travels and, of course, about the legendary heroic history of the city. I hope that such a rich, creative program, which is prepared for them here, will not only leave vivid impressions, but also inspire them to definitely return”.

During the first visit to Volgograd, the head of the Federal Tourism Agency, Zarina Doguzova, held a working meeting with the Governor of the Volgograd Region, Andrey Bocharov, at which issues of tourism development in the region were raised. On the same day, a meeting was held with representatives of the tourism business, during which they talked about new tourist routes, hotels and preparations for the new tourist season.

“The Volgograd region can increase the tourist flow by 2-3 times in the coming years, both in terms of short trips for a couple of days and excursion programs, and in terms of creating opportunities for a full-fledged long vacation. The region, due to climatic and natural advantages, can become a resort destination, with an emphasis on family, children's, cultural and educational tourism. The potential of the region is huge, given the nature, culture and history of this unique place. But even more important is to give the residents of the region the opportunity to comfortably and not expensively relax in their favorite region. All opportunities must be created for this,”, Zarina Doguzova emphasized.

The second day of the visit of the head of the Federal Tourism Agency to the region will be dedicated to the opening of the cruise season in Russia – the first river cruise along the Volga will depart from Volgograd.< /p> 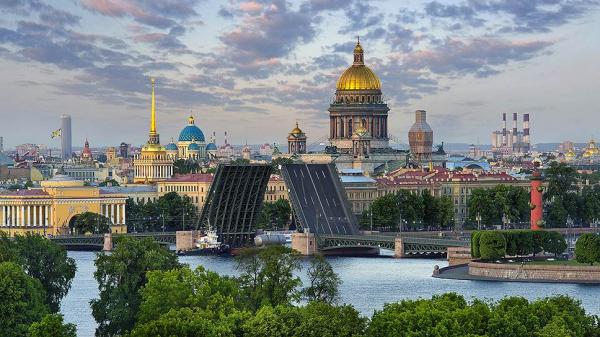 Sustainable development in tourism was discussed in St. Petersburg

Complete surrender: the richest country in Europe lifted all restrictions