One way or another, movement in Russia was restricted for 25 regions of the Russian Federation liable for military service -peredvizhenie-v-svjazi-s-mobilizaciej-6707e8d.jpg” alt=”Who was affected by the restrictions on movement due to mobilization and how” />

Reporting the facts of movement restrictions conscripted citizens  largely formed the information picture of the past weekend. No need to panic, you need to rely only on trusted sources and not think out whole “rules” from individual episodes. The situation can change very quickly. What is it like on the morning of September 26?

The main thing to consider before planning personal trips for residents of the regions is the difference in approaches to organizing the partial mobilization of regional authorities and even the fact that the official orders published on September 22-23 have changed (sometimes several times) since they were published.

One ​​way or another, movement in Russia was restricted for 25 regions of the Russian Federation liable for military service

In more than 20 regions of the Russian Federation, standard orders have been issued and are still in effect, prohibiting those liable for military service from leaving their place of residence. & nbsp; It is clear that this “including”, logically, should also mean the impossibility of traveling abroad, however, only the Sverdlovsk region prescribed the impossibility of foreign trips for those liable for military service.

In a number of regions, following The publication of documents regulating the procedure for the movement of residents outside it (or within the area of ​​permanent residence) was followed by clarifications from the military commissars of these subjects. In a number of regions of the Russian Federation, orders were generally edited (sometimes this happened more than once).

The publication of seemingly unambiguous orders is followed by comments by the military commissars of these regions, clarifying their wording. Sometimes these clarifications change the essence of “bans”.

It is clear from the whole current picture that the regions have not yet received all the detailed instructions and prescribed procedures “from above” and are now acting “according to their own understanding” or even “on a whim.” And with the receipt of new instructions, the position of regional authorities can change literally overnight.

Commenting on discrepancies and inconsistencies in documents and clarifications, sometimes indirectly contradicting what was written, tour market experts have repeatedly recalled a similar situation with the introduction of “covid” restrictions, when the regions also made decisions at their own discretion. Even then, this created additional difficulties for travel planning and made it difficult for participants in the tourism market to debug business processes.

As during a pandemic, the market is waiting for certainty – this time a clear, unified picture at the federal level. Indeed, unlike covid, the regions now do not have any “special powers” ​​in the mobilization sphere. All work is carried out by the federal ministry, and the position of all regional authorities regarding travel bans, obviously, should be unified from Kaliningrad to Vladivostok. Probably now the regions are waiting for instructions from the Ministry of Defense and the government.

Interviewed tour operator market experts now note that now 99.99% of the “troubles” that await male tourists at the border of the Russian Federation are additional questions from border officers.

To date, according to relevant Internet groups and Telegram channels, less than a dozen refusals to cross the border were recorded for reasons related to mobilization. These messages also need to be acknowledged.

Tour business and aviation industry experts ask tourists not to give up critical reflection on the situation when analyzing information messages. Refusals to cross the border for a number of reasons are, although hidden from the eyes of an outside observer, but one of the normal and natural phenomena in the life of any large border checkpoint.

Refusals may follow, for example, due to debts, due to incorrectly executed and/or expired documents, due to travel bans for minor children imposed by one of the parents. So, the border service of the airport, where the border is crossed by 5000 people. per day, without any mobilization, “deploys” 40 passengers per shift.

The main reason for refusing to travel abroad for men is the banal non-payment of alimony. Therefore, it is logical to assume that not everyone who was not released from the country after September 21 “suffered” precisely in connection with the mobilization.

Contributing to the general information chaos are also varying degrees of veracity of messages regarding the workload of air hubs.

While telegram channels for travelers reported a significant number of passengers arriving at airports at the same time and creating significant queues, official sources refute these data.

“Sheremetyevo provides services to passengers and airlines of Russian and foreign flights in the standard mode. The check-in process for flights and the procedures for pre-flight screening of passengers are carried out without changes in accordance with the current regulations, ”the RBC edition quotes the press service of the company.

At the same time, the airport does not exclude that if simultaneous arrival of a large number of people, temporary congestion is possible due to the need for screening at the entrance to the terminal.

Aviation experts suggest, again, to critically consider the statements of both sides and also not to panic.

Since there were no more flights to fly abroad, but on the existing & nbsp; there were not a lot of free seats, then even the increased demand for air travel could not lead to such a sharp influx of passengers – there simply would not be enough seats on the planes.

If there are queues, then, most likely, they are connected with the fact that the airports do not have enough employees. Against the background of the fact that now many residents of the capital are flying to their regions (just because of the orders in a number of constituent entities of the Russian Federation with prohibitions to leave their place of permanent residence, they return to their place of registration), lack of staff and can give “hype” pictures with crowds at airports .

The heads of tour operators interviewed by the editors once again urge tourists not to panic, wait for the publication of detailed explanations from federal and regional authorities on travel abroad and trust only verified information on the Internet, and non-anonymous and unverifiable messages.

Spain has become unsafe: tourists warned about the risks 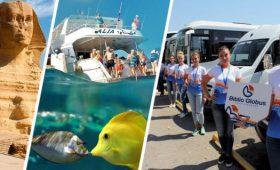