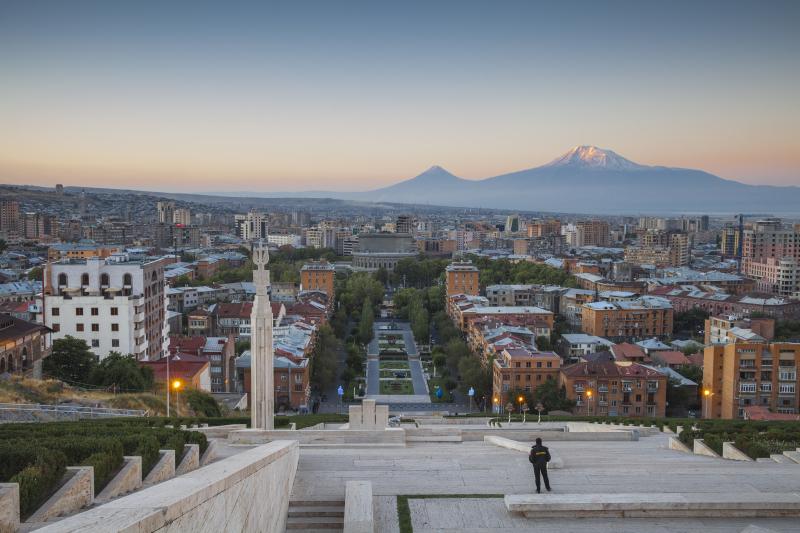 Yerevan is an ideal city for a city break, a short trip of 2-4 days. The borders of Armenia are open for Russians, a visa and a passport are not needed, and only a negative PCR is required for entry.

Pink City , so named because of the decoration of houses with tuff, attracts travelers with pleasant prices, Caucasian hospitality and amazing cuisine. And, of course, many sights, because Yerevan is one of the oldest cities in the world.

To the center look at the singing fountains

The main, postcard sights of Yerevan are the Cascade and Republic Square. Cascade is a monumental complex of five terraces, 675 stairs, fountains, sculptures and small museums. From the top of the Cascade, you have the best view of the city. Here it is worth visiting the Cafesjian Center for the Arts, where, among other things, works by Marc Chagall and Andy Warhol are exhibited, and the Aznavour Center. 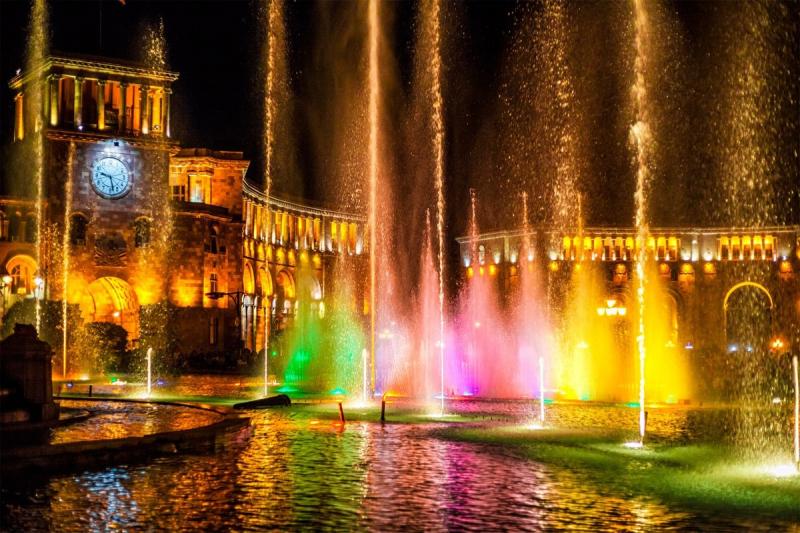 Republic Square is the central square of the city, the most popular meeting place and an indispensable item in the program of most author's tours. Here is the government building, the National Gallery, the Central Post Office and the Foreign Ministry. And also the famous Yerevan singing fountains, the very first in the Soviet Union. For half a century they have been working every day from May to September. The musical accompaniment changes, but the finale of the show is always the same – it is “Eternal Love” by the most famous Frenchman of Armenian origin Charles Aznavour.

To taverns, restaurants and khinkali

In Yerevan, it is almost impossible to go wrong with food: wherever you go, it will be satisfying, tasty and inexpensive everywhere. The average check in restaurants is 500 rubles per person with wine and huge portions. In small cafes – cheaper. Or you can even eat for free: in the famous Yerevan markets, where sellers treat you to everything, even wine and chacha.

Tumanyan and Saryan streets are considered to be the most restaurant streets in Yerevan. The latter has been compared to London's Soho. One of the most fashionable places in the city is located on Tumanyan – The Club restaurant, about which Paulo Coelho said: “The Club is the place where I heard the soul of Armenia.” It's rather strange because it's fusion cuisine with a French accent. But the place is elegant, stylish, iconic. 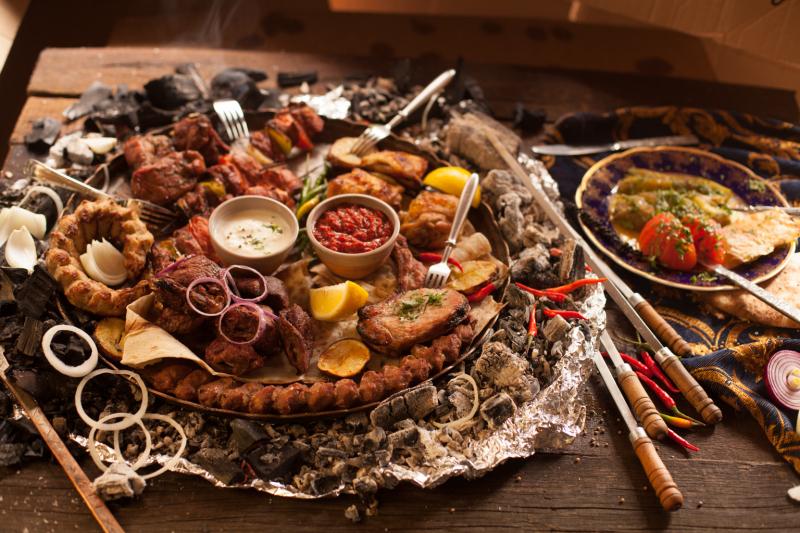 Here, on Tumanyan, there is the Stalinka tavern with the best dolma (“tolma” in Armenian) and kebab, Tumanyan Khinkali with an amazing liver steak and khinkali itself, as well as the Lavash restaurant, popular with travelers, with an open kitchen . Another iconic place is Dolmama Restaurant – expensive, authentic, solid and super popular after being mentioned in Orel and Reshka.

In Yerevan, you should definitely try Armenian coffee, brewed in a Turk on hot sand, dolma, khash and, of course, khorovats (Armenian shish kebab).

To the markets: grocery, flea and gold

There are as many as 4 markets in small Yerevan. Two of them are grocery. The central covered market in the very center of the city is an architectural landmark, included in the list of historical and cultural monuments of Armenia. It was built in the middle of the last century and, in addition to the shopping arcade itself, included a warehouse, a basement refrigeration room, a hostel, a post office, a radio center and even a library.

The GUM farmers' market looks like the most ordinary Soviet market, but in terms of assortment it is a real oriental bazaar. 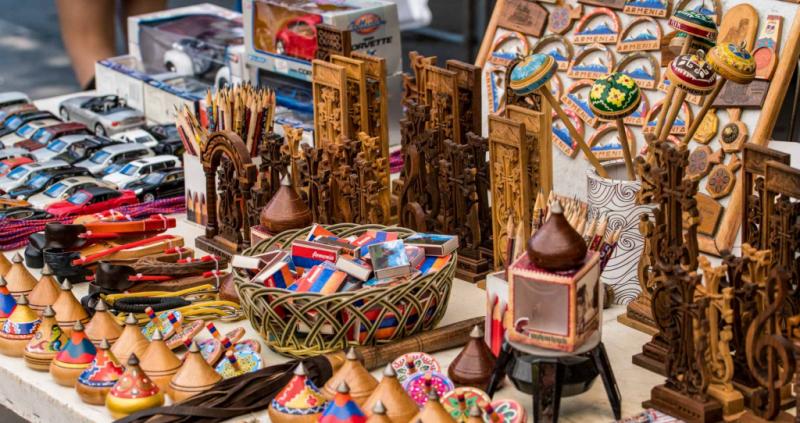 “Vernissage” – Yerevan flea market. It appeared in the 80s thanks to local artists who exhibited their paintings here. Now people go to Vernissage for souvenirs, handmade ceramics, authentic musical instruments and antiques.

The Golden Souk is another popular attraction in Yerevan. Here they sell jewelry made of Armenian gold, which is distinguished by its characteristic yellowness. Gold prices here are 2 times lower than in Russia, and the choice is huge.

To the old city while it's intact

The old city in Yerevan is atmospheric ruins, dilapidated houses with props, remains of cars and the spirit of the past. Kond district is the oldest quarter of Yerevan, founded in the 15th century and giving rise to the modern city. It is secluded in the very center of the Armenian capital, but it seems to be in a different time and dimension: in Soviet times, Yerevan was completely rebuilt, but Kond was left untouched.

It is very atmospheric and sincere here: linen is hung in the yards and eggplant caviar is cooked, old people play backgammon, small children rush along the streets alone. Turkish and Persian buildings have been preserved here, and the layout of the streets has not changed since the 18th century. 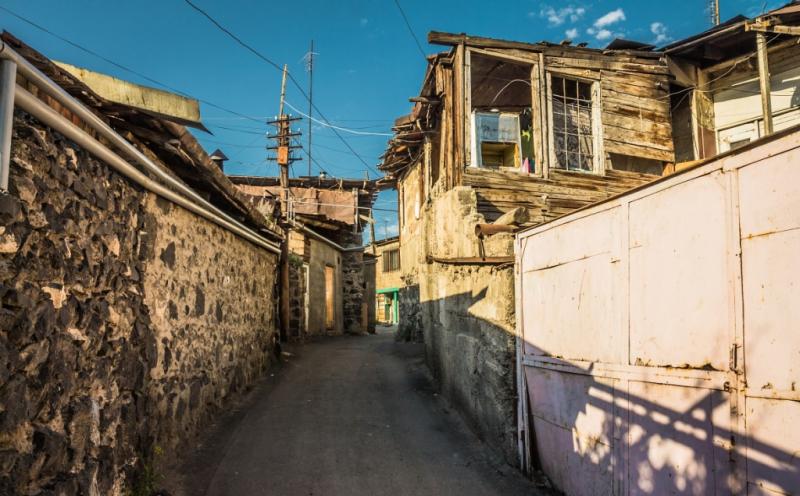 Armenian media report that Kond will be completely rebuilt soon, so it makes sense to look here to catch the last days of old Yerevan.

On one of brandy factories-competitors

Directly opposite each other in Yerevan there are 2 brandy factories: “Noy” and “Ararat”. Until 1948, it was one production, and then the factories were divided.

Both factories conduct tasting tours. On “Ararat” you need to sign up in advance. Tastings are richer here and you can try the 25-year-old Dvin, which Churchill loved so much. But “Noy” is more beautiful: the factory building is stylized as a military fortress that was here before, authentic old cellars with port wine and Madeira have also been preserved. 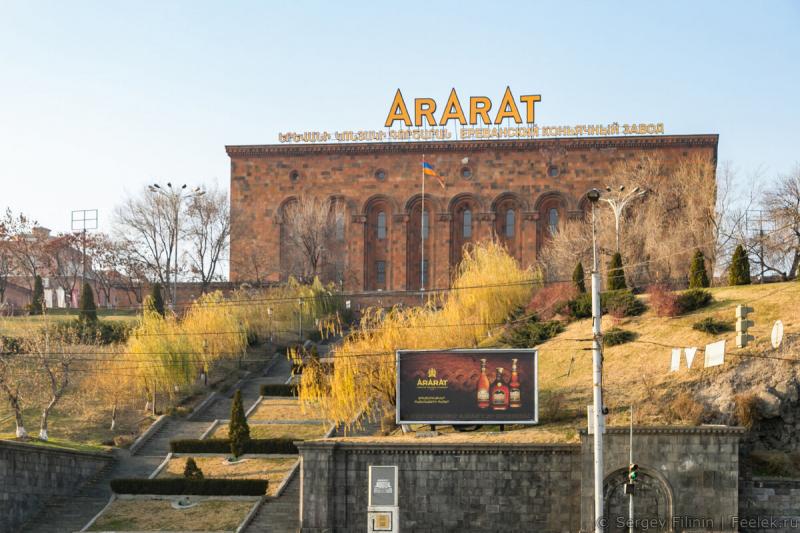 If Yerevan alone is not enough for you to travel, but time allows, check out our mini-guide to the best places in Armenia b> and a selection of tours for summer 2021.

We invite you to spend the weekend of May 21-22 away from the bustle of the city, in the wonderful energetically strong city of Kalyazin, Tver Region.