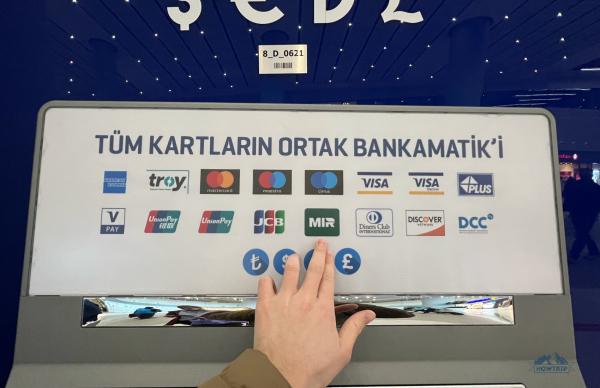 February-2022 all of us remember for a long time. In the context of travel, it became a turning point, including for tourists with a Russian passport, bank account and card. The Visa and MasterCard payment systems have left Russia, which means that Russian cards are no more suitable for paying for something abroad (or abroad) than the Pyaterochka card.

The time has come to remember the very “useless” a piece of plastic that has been gathering dust in the wallet for more than one year – a card with the MIR payment system. She does work abroad, albeit with restrictions.

We tell you in which countries the Mir card works, how to organize cash withdrawals abroad – and how to generally keep your nerves of solvency outside of Russia.

List of countries where World cards work in 2022 (+ Union Pay)

The reality is that travel routes are also limited and selection of those countries where the World Abroad card works in 2022.

Mir is a Russian payment system, one of the developments of “import substitution”. A card with the Chinese UnionPay payment system can also be a rescue. Tinkoff Bank, for example, quickly picked up the agenda and has already announced the imminent release of Mir-UnionPay co-badged cards. But a month or more has passed, and still no news.

The list of countries where the MIR card works abroad includes:

More about the “global” nuances in the most popular countries at the present time – Turkey, Armenia, etc. – we will tell below. The list of countries in which Russians can pay with a bank card is not as long as we would like. But thanks for them too.

*In general, UnionPay operates in 180 countries around the world. But since the SP on the Chinese map and the SP on the Russian one, it turns out, are different phenomena, in most countries Russian maps do not work. More details about cards and how to issue them will be in the section “Where can I open a UnionPay card?”.

Where can I open World cards?

You can apply for a Mir card at any Russian bank: Sberbank, Tinkoff Bank, Alfa-Bank, Levoberezhny, Raiffeisenbank , Promsvyazbank, Otkritie Bank, VTB. Each has its own rules for registration and cost, which can be found on the official websites of banks.

But still, if we remove the sanctions comrades, the list narrows down to the following banks:

Why do I choose Tinkoff?I really like their multicurrency. You issue one card – for example, a standard debit Tinkoff Black or a premium Tinkoff Metal – and inside the application in a couple of clicks you open an account for both dollars, Turkish liras and Armenian drams, and for as many as 27 different currencies. Buy what you need right there in the app at a favorable rate and withdraw cash from a foreign ATM – without unnecessary conversions!

We have been clients of Tinkoff for more than 7 years, and we published a series of articles on the site where we talked about the pros and cons of the bank, cool chips and bonuses, and ways to save your money. If you are not familiar with the bank yet, I advise you:

But back to the World. Some tourists complain that cards of even non-sanctioned banks are sometimes not accepted abroad, but this is rather an exception to the rule. Or ignorance of how to use such cards.

A few important nuances of the Mir payment system:

Payment and cash withdrawal from the World card in Turkey

Where exactly does the MIR Abroad card work? And again – in Turkey. This is one of the few countries that have not joined the sanctions, and where they accept the Mir card for payment in 2022.

We ourselves are now in Antalya and were in Istanbul, and here is the latest information:

In a word, Russians, feel free to fly to Turkey for a vacation, you will not be lost. Bring dollars or euros in cash, or pre-purchased lira/native rubles on the Mir card – everything will be exchanged and allowed to be withdrawn from an ATM. Only cash rubles are unlikely to be accepted. Only at the Istanbul airport did I see in the exchange office “we accept rubles.”

In the north of Cyprus (which is considered the territory of Turkey), the same rules for exchanging and issuing cash apply as in mainland Turkey – you can withdraw money from the devices of Isbank, Ziraat and Vakif banks.

Life hack for Tinkoff users :a big plus is that their Mir card from the bank is not under sanctions, but even more wonderful is that you can open an account in lira in the mobile application, transfer rubles to the local currency at a good rate and immediately withdraw bypassing the ruble-dollar-lira conversion. To avoid 2–3% Tinkoff commission, you need to withdraw the equivalent of 300 lira from a lira account and from 3,000 rubles from a ruble account.

In Turkey, Russians can also open an account at a local bank, get a Mastercard or Visa card, and become a more legitimate person for the rest of the world. Writing an article already!

Mir card in the UAE – where does it work?

Unfortunately, the union of the World and The UAE is a pilot project that is just being born. And that's why Russian Mir cards don't work here. Someone reports that Mir is accepted at the Dubai airport, but they are immediately told that no, all in vain.

But in the UAE, the UnionPay card or the co-badged Mir-UnionPay from Rosselkhozbank (yes, despite the fact that it is under sanctions) feels great. Suitable for many Emirates terminals and ATMs and allows you to pay in cafes and withdraw dirhams. True, the course of the RSHB is traditionally predatory. I wish Tinkoff would hurry up soon!..

Changing cash rubles for dirhams is very unprofitable, and more often it makes no sense – few people need our rubles abroad. Definitely not in the UAE. 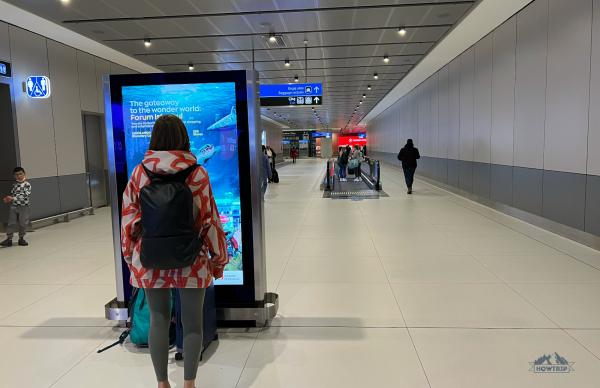 Armenia is one of the inexpensive countries where you can relax/sit out the storm (underline as necessary). And one of the friendliest, where the Mir card operates.

According to the reviews of tourists, it is not difficult to find an ATM for withdrawing cash from the Mir card. Of these, for example, one can name Armeconombank and any other that supports the Armenian ArCa payment system. But you definitely need plastic, contactless payment and withdrawal via MirPay will not work.

Things are not so rosy with purchases. With the Mir card in Armenia, you can safely pay in Yandex.Taxi by linking it to your account and pay for purchases in large shopping centers. Outside shopping centers, the map becomes less of a faithful assistant. And the farther from Yerevan, the more likely you will need cash.

Sometimes street vendors even agree to sell their goods for rubles. But this is rare! It is more efficient to open an account with a local bank – Ameriabank, Evocabank or Inecobank.

How can I pay abroad now? Alternatives

What are the alternatives to the World?

As before, cash dollars and euros remain the correct and most reliable way. There are restrictions on the export of currency from Russia – you can take out no more than $10,000 per person. But you have enough to rest, right? By the way, they are watching for the restriction: when we flew to Turkey, at the airport we were asked to count dollars on the camera.

A working way to get rid of doubts “is the card serviced or not abroad” can be opening an account in the host country:

What yet? You can touch the world of cryptocurrencies and study the scheme of converting rubles into dollars through USDT and the Binance exchange. Or use the service Zolotaya Korona, where at the exchange rate you can convert rubles into dollars or local currency, send a transfer and receive cash on the spot at the branch. But now the Golden Crown allows you to withdraw money only in some countries – Turkey, Azerbaijan, Georgia, Vietnam, Greece, Egypt, Israel, etc.

Where can I open a Union Pay card?

You can apply for a UnionPay card in Russia at the following banks:

These are banks that have not been sanctioned.

— Rosselkhozbank , Gazprombank, Promsvyazbank, RRDB — banks subject to sanctions. It follows that it will be problematic to pay for purchases abroad, ATMs “do not see” the card. But the same RSHB works fine in the UAE, although it converts rubles/dollars into dirhams at a crazy rate. In the near, but indefinite future, a UnionPay card can also be issued at Tinkoff Bank.

Chips of UnionPay cards, despite official statements, are not read everywhere. On the websites of airlines, a payment error may appear, in stores and foreign banks too. For example, only half of Italy's national banks can read UnionPay cards. And so everywhere. The exchange rate also fluctuates greatly from bank to bank, but all tourists agree on one thing: “The exchange rate is extortionate.”

The cost of issuing a UP card in Russian banks is changing and at the time of reading the article it can increase dramatically. For example, today the issue and annual maintenance of a UnionPay card at Bank Saint Petersburg costs 5,000 rubles + a commission of 10,000 rubles. You can easily navigate the cost of the card using the table below.

Where to order/issue a Mir card in Russia (banks without sanctions):

Note: check, try and look for different ATMs. Many tourists and expats are faced with the fact that one ATM, say Ziraat Bank, can issue money in local currency to the owner of the Mir card, while the other card will not even be read. Don't despair and look for another ATM. 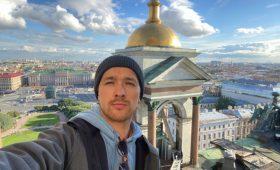 The best excursions in St. Petersburg – prices and reviews in 2022 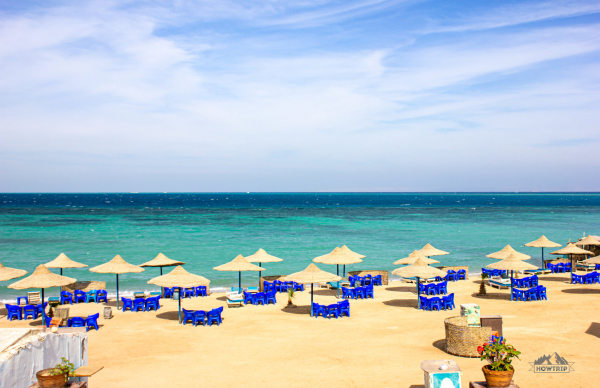 Egypt in May 2022: weather, prices and reviews 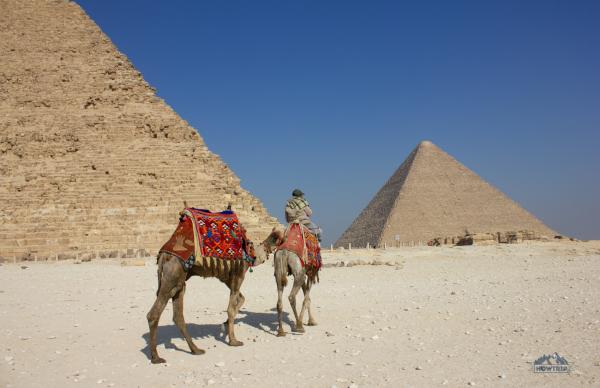