Skip to content (Press Enter)
Home>Tourism News>What is the likelihood of visa sanctions against Russians by the EU?

On the evening of February 24, information appeared in the media about the prospect of a ban on the issuance of Schengen visas to Russians.

On the evening of February 24, information appeared in the media about the prospect of a ban on the issuance of Schengen visas to Russians. Russia's Permanent Representative to the EU Vladimir Chizhov confirmed to journalists that Europe could stop issuing entry documents. But at the same time, a number of states are not interested in such sanctions. We are talking about those countries that are directly dependent on tourism and whose economy will suffer from the absence of Russians.

According to Chizhov, such countries will do everything in their power to make the decision to ban the issuance of visas was not included in the pan-European package of measures against Russia.

The idea  to ban the entry of Russian citizens into the European Union belongs to Sammy Mahdi, a representative of the Belgian government. Observers considered his statement more populist, given the insignificant rank of the official -he is junior minister for asylum and migration. However, the decisions Lithuania and Latvia to close the borders for Russian citizens, adopted by the evening of February 24, indicate a high likelihood of such sanctions being applied by the EU countries.

Added tension today  information that appeared in a number of Russian-language telegram channels that Greece allegedly will not accept documents for visas until the end of March. However, sources in Greece do not confirm this: the consulate in Moscow will be closed for one day, for & nbsp; tomorrow, for technical reasons, and then resume work as usual.

According to an expert familiar with the situation, Greece will not tighten the screws for tourists from Russia and will take this step only after the EU directive, if it is adopted.

Another commenter shared his opinion with TourDom.ru: “I don’t think that a decision to restrict the entry of Russians into the EU will be made right now. Southern Europe is clearly not ready for this yet. Next week will be decisive. Everyone will watch the development of events: if there are no casualties among civilians, then the position can be softened.

In Turkey, they complained about the poverty of visiting tourists: they pay only 350 euros for 10 days on All Inclucive and are traded in a store for pennies 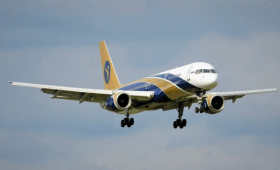