Volcano eruption Fahradalsfjall began on Wednesday, August 3 at around 13:00 local time. Emissions capacity, according to experts, is four to five times higher than last year's. Despite this, there is no immediate threat to neighboring areas, since the lava flow is concentrated in the Meradalir valley.

However, since at the site of the eruption “on duty” tourists and onlookers, authorities warn of the danger of gas poisoning, which can irritate the lungs, skin and eyes. At present, the gases escaping from a fissure about 300 meters long reach a height of one kilometer. The gas cloud has a pronounced bluish tint, which indicates the content of sulfur dioxide — a chemical compound that can cause long-term respiratory complications.

The Icelandic Health Authority has published a map that predicts the direction of wind-blown gases and warned anyone traveling to the site of the eruption that low winds could cause the gases to accumulate in the lowlands, which is especially dangerous for children and dogs. Doctors also recommend that you stand on the lava field with the wind blowing at your back.

Currently, air traffic and urban infrastructure are stable, as there is no ash cloud. There are no disruptions in arrivals or departures from the country's largest international hub, Keflavik Airport.

This is the second eruption of the Fagradalsfjall volcano in the last 16 months. Before that, not a single eruption was recorded on the Reykjanes Peninsula for 800 years. Experts have calculated that the area, which also hosts the capital Reykjavik, is entering a period of strong seismic activity, which could mean regular eruptions and earthquakes in the coming decades. 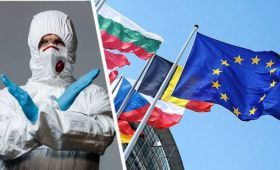 Masks are returning to the most popular resorts. New closures coming soon?