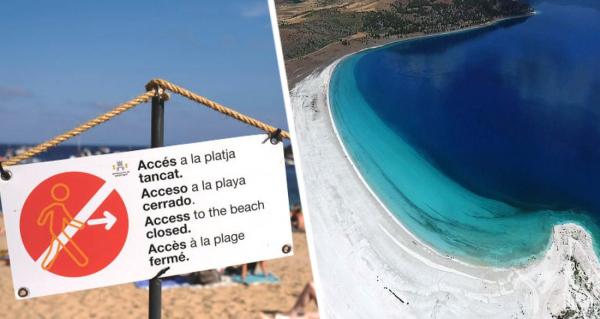 The Turkish authorities are concerned about the state of the lake of paradise, which is also a natural protected area, and issued a ban on swimming there. This is a popular tourist destination, Salda reservoir – a crater lake in southwestern Turkey.

Ecologists sounded the alarm, because. found in the water a high content of chemicals released by sunscreens and even shampoos used by vacationers. All this led to extensive pollution of the lake. In this regard, the scientific adviser of the Turkish Association for the Protection of Nature, Dr. Erol Kesici, suggested that the same protection measures be applied to the reservoir that are already being used for the famous Pamukkale springs. “We must love Lake Salda only with our eyes,” he said.

White sand dunes and turquoise water attract tourists, especially since the road from Antalya takes only about 2-2.5 hours. In addition, the lake has become famous for its uniqueness and comparison with a crater on Mars: what vacationers mistake for sand is actually mineral deposits. They are formed by stromatolites – sedimentary formations that appeared as a result of the vital activity of cyanobacteria found in rocks that are about 3.5 billion years old. Because of the stromatolites, at one time the Turkish lake was compared with the “White Rock” located in the Pollak crater on Mars – their structures have an external resemblance. The crater was thought to be a dried-up lake that retained sediment similar to Salda Lake, noting that there are only two such places on Earth: the other is in northern Canada.

Recent observations by scientists have shown that chemical products used by humans remain in the lake. This led to a change in the population of microorganisms and bacteria in the reservoir. In addition, waste changes the quality and color of water – the Turkish Maldives may lose its “golden” status.

If not for the ban, then this summer the deepest freshwater lake in Turkey, surrounded by mountains, again met a lot of tourists. In a statement from the Association for the Protection of Nature, environmentalists made strong arguments in favor of closing the lake and beaches from vacationers: “Lake Salda is an indoor pool. Pollution entering the lake should not happen again. Sweat, sunscreen, soaps, shampoos and dozens of waste products from those who bathe in the lake result in very extensive pollution. That is why people should not enter the water in the lake. The accumulated pollution settles at the bottom of the lake and forms hydrogen sulfide, methane and ammonia, which are toxic to living beings. Our body of water is a world heritage, we want total protection.”

In addition, the activists conveyed to the authorities a demand to ban tourists from having picnics, making fires, driving cars into the protected area, and construction companies from erecting any buildings. According to the scientist, even before 1970, the depth of the lake was 196 meters, but in November 2021, measurements were taken and it turned out that the lake was shallowing – the depth was only 174 meters. Scientists explained this by the fact that over the past five years the lake has faced serious problems due to intense tourist pressure and anthropogenic impact around it.

Reference: Lake Salda is a reservoir of natural origin, it is fed only by precipitation. It has a tectonic origin, located among the mountains at an altitude of about 1.200 m above sea level in southwestern Turkey, on the border of the Eşilova il Burdur region. The surface area of ​​the lake is 45 sq. km. For comparison: the area of ​​Baikal is 31.5 sq. km.
The lake is a popular tourist destination, especially because of the hydromagnesite mineral, which is believed to be a cure for some dermatological conditions. There are fish, birds, including quails, hares, foxes, wild boars and wild ducks. White sandy beaches, clear water and seven crystal white islands in the lake complete the landscape of paradise. 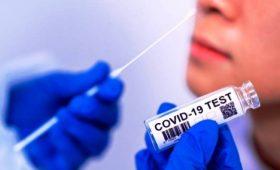