Skip to content (Press Enter)
Home>Tourism News>TUI will carry out 40,000 flights with tourists to Greek resorts 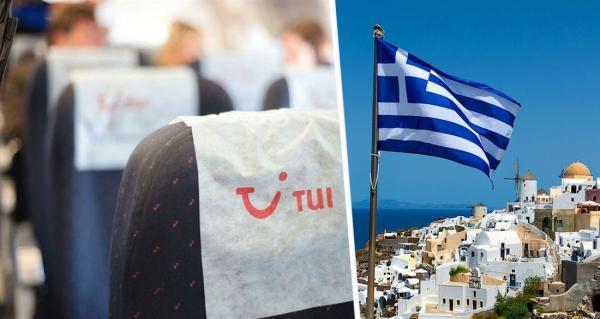 European tourists will be provided with more than 40,000 flights to Greek resorts alone and only one tour operator. This was stated by the head of the TUI company, which planned to bring 3 million tourists to Greece for the 2022 season.

“We plan to surpass 2019 by bringing more than 3 million passengers to Greece this year,” said Mr. Youssen. TUI Fly Managing Director Oliver Lachmann added that in April alone, the group plans to make 62 additional flights from Germany to Crete, Rhodes, Corfu, Kos and the Peloponnese.

“This year the company will make 40,000 flights to 19 Greek airports. TUI will fly to Greece from England, Belgium, France, the Scandinavian countries and the Netherlands. Crete alone will have 9,000 take-offs and landings,” said Mr. Lackmann.

Greece is not the only destination the tour operator plans to deploy. TUI intends to supply 1.5 million Europeans to Turkey, 1 million of them to Antalya.

Recall that in Russia at the moment TUI does not officially exist. The aforementioned CEO of the TUI Group, Fritz Yussen, expectedly and disciplinedly stood in the slender columns condemning Russia and said that “Russia can no longer use the TUI brand.” The curiosity of the situation is that the largest shareholder of TUI Group, with a share of 34%, fully acquired TUI Russia and the CIS back in 2021. He, the oligarch Alexei Mordashov, against whom sanctions have been imposed, became a partner in the parent company of the group. However, already on March 1, the Russian division of the German tour operator TUI “tweaked” the name of its brand in Russia – now the company operates under the Fun & Sun brand.

For those who value a healthy lifestyle, we recommend reading: « The doctor spoke about the dangers of fat deposition in the upper parts of the body.”

Shuttle tours to Turkey for consumer goods have begun: the leaders are not only Russians and Ukrainians, but also Europeans

Ukrainian airline leased its aircraft to the Turks