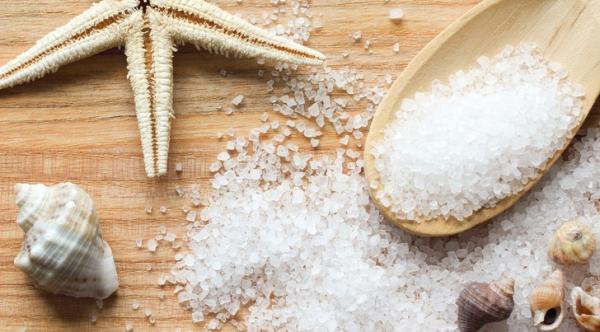 Sea salt and table salt are generally considered to be different substances. Moreover, the first is much more useful and natural than the second. Salt is indeed obtained from two different sources: underground mines and sea water. But this fact alone does not make them fundamentally different

We inherited underground salt deposits from the dried up ancient seas that disappeared at one stage or another in the history of our planet – from several million to hundreds of millions of years ago. Then, due to geological processes, some salt deposits turned out to be closer to the surface of the earth, and now they exist in the form of peculiar domes. Other salt deposits are hundreds of meters deeper and therefore more difficult to mine. 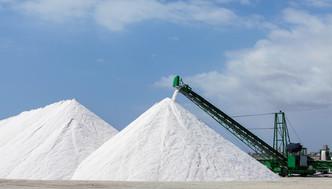 Rock salt is crushed by large machines in voids cut in the thickness of salt massifs. But rock salt is not suitable for human consumption, because when the ancient seas dried up, they retained silt and various organic remains.

Therefore, edible salt is mined differently: water is pumped into the mine shaft to dissolve the salt, salt water (brine) is pumped to the surface, all impurities are settled, and finally, the now pure salt solution is evaporated using vacuum. The result is the familiar tiny crystals of table salt.

In coastal areas where sunny weather prevails, salt can be obtained by allowing the sun and wind to evaporate water from shallow ponds or “islands” of seawater. There are many types of sea salt, extracted from the waters of the planet and purified in one way or another. 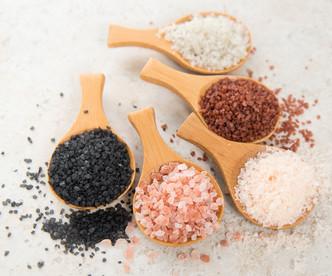 For example, gray and pinkish-gray types of sea salt from Korea and France, as well as black sea salt from India, are known, the color of which is determined by local varieties of clay and seaweed present in evaporation ponds, and not at all by salt (sodium chloride), which they contain.

The black and red types of sea salt from the Hawaiian Islands owe their color to random inclusions of fine black lava and red baked clay. These rare and exotic types of salt are sold in specialized stores and are readily used by enterprising cooks. Naturally, they have an undeniably unique taste, similar to a mixture of salt with different types of clay and algae. Each such type of salt has its supporters.

If you evaporate all the water from the ocean (having previously removed the fish from there), then a sticky, gray and bitter mass of silt will remain, 78% consisting of sodium chloride – ordinary salt. The remaining 22% is 99% composed of magnesium and calcium compounds, which are responsible for bitterness. In addition, at least 75 other chemical elements are present in very small quantities. This last fact is the basis for the widespread claims about the “mass of nutrient minerals” in sea salt.

However, chemical analysis will dampen our enthusiasm: minerals, even in such a raw and untreated sludge, are present in trace amounts. For example, you would have to eat two tablespoons of this mass to get the amount of iron that you get from a single grape.

The sea salt that gets into stores contains only a tenth of the minerals compared to untreated sludge. And here's why: in the process of producing edible sea salt, the sun is allowed to evaporate the water from the ponds, but by no means all – and this is an important clarification. As the water evaporates, its residue becomes more and more concentrated sodium chloride solution. When the concentration of salt in ponds exceeds that of seawater by about nine times, the salt begins to crystallize. The crystals are then raked or scraped off for subsequent washing, drying and packaging. (How can you wash salt without dissolving it? It is washed with a solution that already contains so much salt that it can no longer dissolve it. Scientists call it a saturated solution.)

Most importantly, this “natural” crystallization is in itself an exceptionally efficient purification process. Evaporation and subsequent crystallization from the heat of the sun makes sodium chloride 10 times purer—that is, freer of other minerals—than it was in the ocean.

Whatever aqueous solution you take, if it is dominated by one chemical substance (in our case, sodium chloride) along with many other minerals, albeit in much smaller volumes (in our case, other minerals of the salt), when the salt evaporates the predominant substance will take the form of a crystal, and all other components will remain in dissolved form. This is the purification process that is always used in chemistry. For example, Marie Skłodowska-Curie used it to separate pure radium from radium ore. 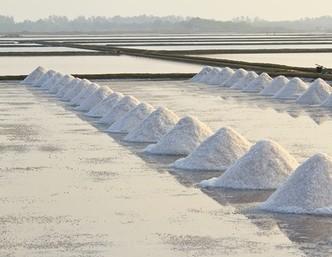 Salt produced by solar evaporation of seawater contains 99% pure sodium chloride and no further processing is required. The remaining 1% consists almost entirely of magnesium and calcium compounds, and all those other 75 “valuable minerals” are practically absent. To get the amount of iron contained in one grape, now you have to eat about 100 g of this salt.

In this regard, the notion that sea salt already initially contains iodine is a myth. Because certain types of marine vegetation are rich in iodine, some people consider the ocean to be a kind of “iodized broth.” As for the chemical elements present in sea water, it has 100 times more boron than iodine, but we have never heard sea salt advertised as a source of boron.

Sea salt is often described as being free of the “bad-tasting additives” found in table salt. However, whatever its origin, salt in any case contains anti-caking additives (for example, calcium silicate) so that its granules can be easily poured; salt crystals are essentially small cubes, and they tend to stick to each other. Due to the fact that calcium silicate (like all other anti-caking additives) does not dissolve in water, table salt, when dissolved in water, gives a whitish solution.

Other anti-caking additives include magnesium carbonate (E504), (E170) calcium carbonate and (E341) calcium phosphates. All of these chemicals are tasteless and odorless.

But even if they had a taste and smell and professional tasters could distinguish the subtle flavors in hard salt that arose due to the introduction of these additives (in a volume of less than 1%), still the dilution factor that occurs when salt is added according to any recipe , would not allow the tasters to achieve their goal. There's no denying that some of the smaller varieties of sea salt (read: more expensive) have interesting flavor profiles. But it depends on how they are used and what we mean by taste.

The taste of food is made up of three components: taste, smell and texture. In the case of salt, we can rule out odor because neither sodium chloride nor magnesium or calcium sulfate, which may be present in some grades of less refined sea salt, is odorless. However, our sense of smell is very sensitive, and perhaps thanks to it we can smell these less refined types of salt. In addition, when salt is inhaled and it enters the nose as a fine dust, some people are able to smell a slight metallic smell.

What do the taste buds actually feel and what is the tactile sensation of salt in the mouth? Depending on how the salt was harvested and processed, different brands of sea salt crystals can vary greatly in shape, from flakes to pyramids to irregular fragments (you can see this with a magnifying glass). The size of the crystals also varies from very small to large, although they are all larger than regular table salt. 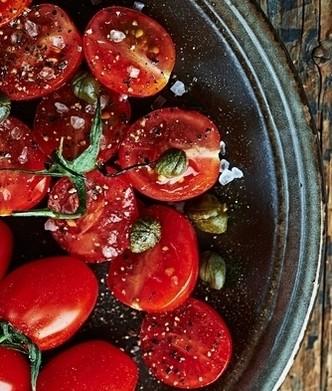 If such salt is sprinkled on a relatively dry food, such as a slice of tomato, the larger and more scaly crystals can create small patches of salinity—when they touch the tongue and then dissolve, or when they hit the teeth and are crushed. That's why chefs value sea salt so much: just for those little “flashes” of salty taste. Table salt is incapable of this, since its compact small crystals dissolve on the tongue much more slowly. Thus, it is the complex shape of the crystals, and not their marine origin, that determines the taste characteristics of many types of sea salt.

The reason why most types of sea salt have large, irregularly shaped crystals is because this is the result of a slow evaporation process, while the fast evaporation process under vacuum (that is, at subatmospheric pressure) that is used to make table salt, leaves tiny crystals of the correct form & nbsp; – such that easily spill out of the salt shaker with holes. This phenomenon is well known to chemists: the faster the crystal growth process, the smaller their size will be.

The size and shape of the crystals does not matter when salt is used in cooking, as they dissolve and disappear into the liquid. And when they are dissolved, the difference in texture is no longer significant. The taste of food is not affected by the shape of the crystals before dissolution. This is another reason why it doesn't make sense to list a specific type of sea salt in a recipe if moisture is present during the cooking process. What recipe doesn't have it? 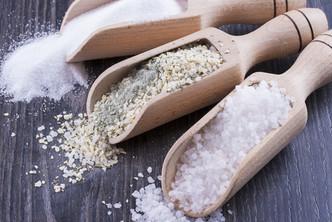 A common belief is that sea salt is saltier than table salt. But since both types of salt are 99% pure sodium chloride, this is not true. This view arose from the fact that in one test, scaly and irregularly shaped sea salt crystals dissolved on the tongue instantly, bringing a quicker sensation of saltiness, which distinguished them from small and slowly dissolving table salt crystals. But again, the ocean has nothing to do with it, it's all about the form of crystals.

The idea that sea salt is saltier has led to claims that less salt can be used in salting. Since sea salt usually consists of large crystals of complex shape, which do not lie very tightly in a teaspoon. A teaspoon of sea salt will contain less sodium chloride than the same spoon of table salt with its fine crystals.

It turns out that when comparing identical teaspoons with different fillings, sea salt turns out to be less salty than table salt. Compared by weight, they are identical – because each gram of sodium chloride is as salty as any other gram of the same substance. You can't reduce your salt intake by eating the same amount of salt, just in a different form.

From “What Einstein Told His Chef” by Robert Wolke, Marlene Parrish. M.: Mann, Ivanov and Ferber, 2014. 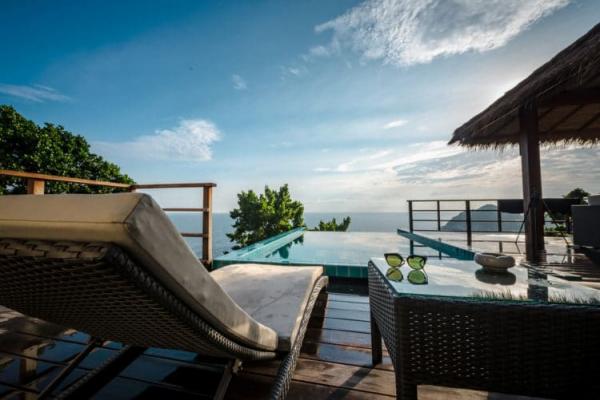 The best hotels in Thailand 5 stars 2021 (Overview of hotels, rating) 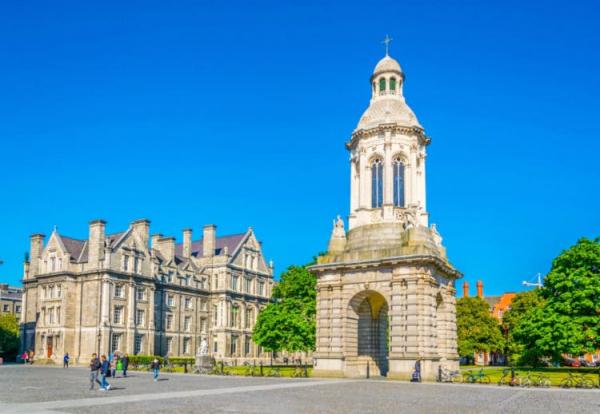 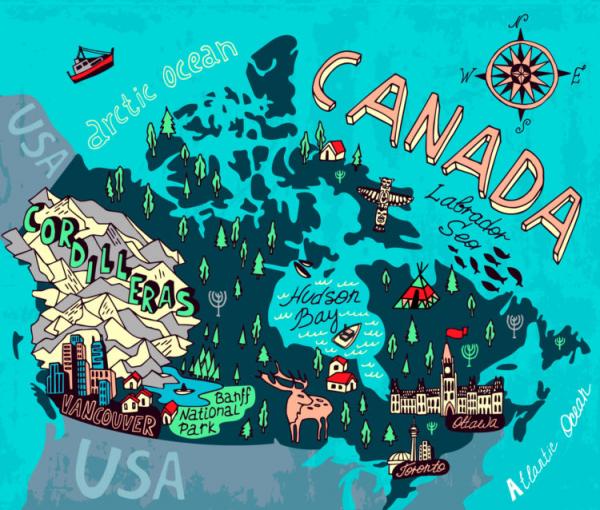