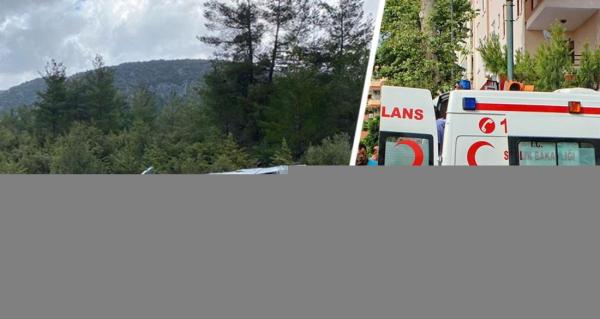 A bus with tourists overturned in the Turkish tourist province of Antalya. According to local media, seven people were injured in the accident.

The details of the accident are as follows – it happened on a highway in the Gerish district of Akseki. Around 10.30 am, a minibus carrying tourists from Antalya on an excursion to Cappadocia overturned and crashed into a road fence. The gendarmerie, sanitary and fire crews were immediately sent to the accident site.

Seven tourists were injured in the accident. All of them were sent by ambulance to the nearest hospitals. It is reported that all tourists were Americans.

The causes of the incident are under investigation. So far, the official version is that the bus lost control on a slippery road due to rain.

Recall that at the end of February, a bus carrying 47 people – two drivers, a guide and tourists – left Izmir for Cappadocia. On the 47th kilometer of the Konya-Aksaray highway, the bus overturned and crashed into a road fence. As a result, five people died on the spot, another later died on the way to the hospital, almost everyone who was in the vehicle was injured – 41 people. Read the details at the link.

Americans unexpectedly allowed to travel to Europe: list of countries

In Turkey, they called the main problem with Russian tourists: it was proposed to pay for them by barter

Pegasus has adjusted its flight programs for the summer