Top 5: Turkey you didn't know about

The pandemic has greatly affected the choice of travel destinations. But real adventurers will find a way out of any situation! The editors of YouTravel are sure: even popular Turkey can surprise. And if almost everything has already been written about such sights of Turkey as Cappadocia and Troy, few people know about our must see list. 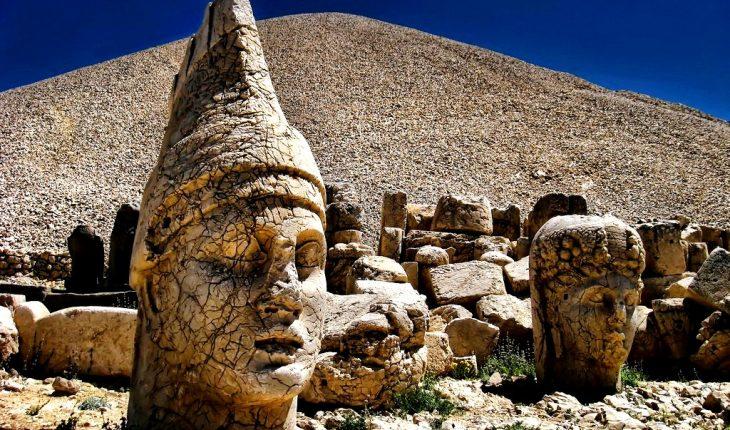 On Mount Nemrut-Dag, at an altitude of 2000 meters, rest ruins of the ancient Commagene kingdom. It was founded in the 2nd century BC, and once life was seething in these places. Alas, after the conquest by the Roman Empire, it fell into decay, and at one point people simply left these places.

It wasn't until 1881 that German archaeologists discovered the extraordinary domed heads and statues on the mountain. There are also many burial mounds in this place, but so far, scientists have unearthed only a small part of the former kingdom. Not only tourists, but also locals rarely get to these places.

How to get there: if you do not have your own car, it is better to resort to the help of guides. Buses and dolmush do not climb the mountain, so you have to go up 12 kilometers along the serpentine, it will be difficult without a car. You can stop in the village of Karadut, but the nearest cities with bus service will be Kyakhte and Adiyamane. You can get to the mountain only during the season, which lasts from May to October. 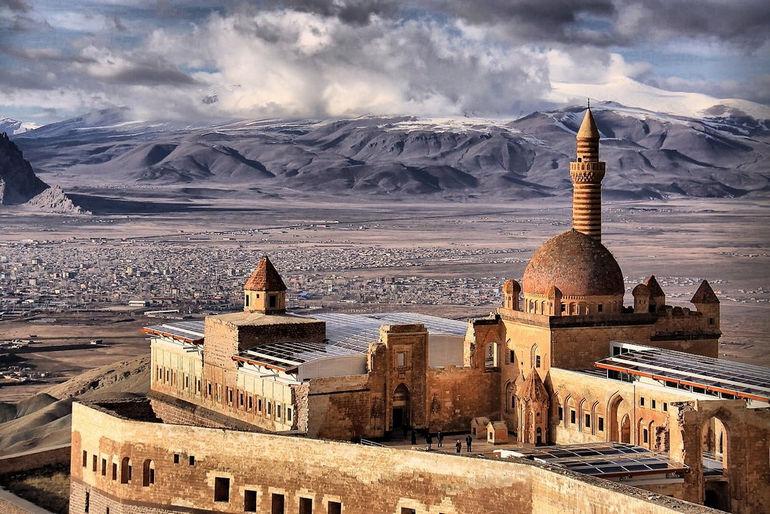 Ishak Pasha Palace was built in the period 1685 — 1784. It managed to survive many historical events, and during the Russian-Turkish wars in 1828 and 1877, it was even occupied by Russian troops!

After the collapse of the Ottoman Empire, the palace became abandoned. It still remains empty, attracting travelers with its silent grandeur.

How to get there: The palace is located near the Iranian border. The most convenient way to get to the city of Dogubayazit. From the intercity bus station, you can take a dolomush to the palace (many travelers note that it is better to take a taxi in these parts, as you often don’t have to wait for the dolomush). 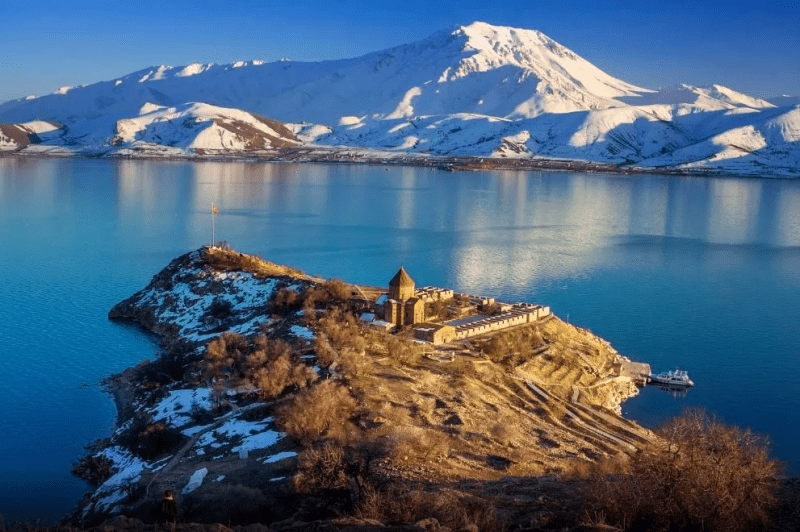 This lake — real miracle. Approximately 200 years ago, a volcanic eruption blocked the flow of many rivers, forming a huge dam. The water in the lake is not just salty, it has high concentrations of salt, so clothes in the water are washed by themselves!

Travellers come here for solitude, mountain landscapes, and snow-white sand. The main attraction is Akhtamar Island with a 20th-century Armenian church. And if you are lucky, you will also stumble upon the famous snow-white Van cats!

How to get there: the lake is located near the city of Van with the same name. You can either fly to it (there is an airport) or take an express train. 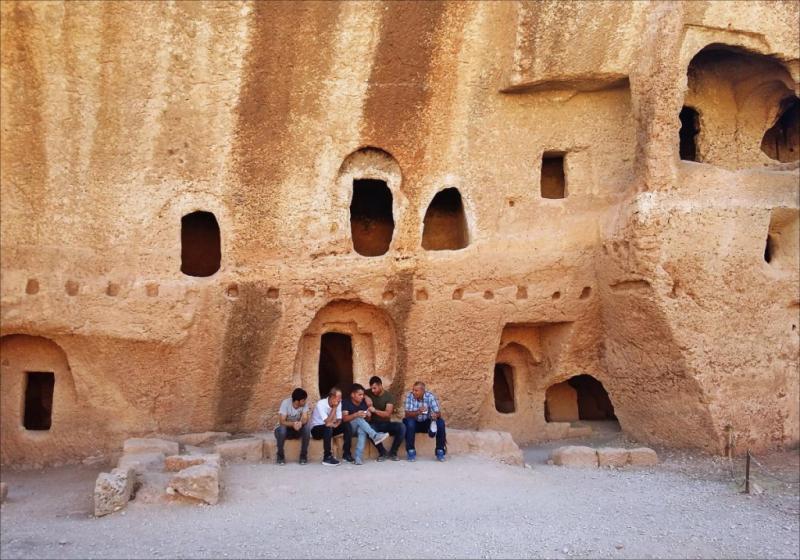 On the border of Turkey and Syria is the ancient city of Mardin. It survived the eras of the Assyrians, Romans, Persians and Ottomans, but has remained standing in its place since the 3rd century BC!

Mardin — a fabulous city, here you can easily feel like a hero of an Arabian fairy tale. There are forts, and castles, and ancient ruins, and there are almost no modern buildings, so history buffs will definitely be delighted. There are many bazaars in the city, where you should definitely try the local blue-glazed almonds.

How to get there: Mardin has its own small airport, the bus service is also well developed.

If you have ever been on the Mediterranean coast of the country, you know that even in small towns you can find forts and castles. But none of them can be compared with the mysterious Kyzkalesi, which was built in the XII century.

The castle towers are located at a distance of 400 meters from the shore. This arrangement is not accidental. According to legend, the owner of the castle found out that his daughter would die from a snake bite, so he settled her away from the land — in the sea. Alas, the girl still died, as the viper climbed into a fruit basket brought from land.

How to get there: the castle is located in the city of the same name, to which buses run from almost all points on the coast. They want a boat from the beach to the very fortress.

When traveling, one must not forget that to see all the — just impossible. So, the same direction can surprise you again and again! Search and be inspired, and our experts will always be ready to help you.