Top 5 Amusement Parks in the UAE

Amusement parks are a must for any traveler in the Emirates. The biggest in the world, the most equipped, the most beautiful, with the fastest rides – that's all about them.

The main parks of the UAE are concentrated in Dubai, in the “entertainment district” Dubai Parks and Resorts, and on the artificial Yas Island in Abu Dhabi. They usually get to them by public transport or by taxi from the hotel.

The world's largest indoor theme park is more suitable for adults and teenagers. Here are collected extreme adrenaline rides, which are not allowed for children up to 150 cm tall.

There are three main features of the park: the highest loop with the steepest descent Flying Aces, vertical slides Turbo Track and the world's fastest pneumatic roller coaster Formula Rossa. To appreciate the extreme extreme of the latter, find on YouTube a video of the descent from this hill of the world champion of the Formula 1 series Fernando Alonso and look at his face. & nbsp; 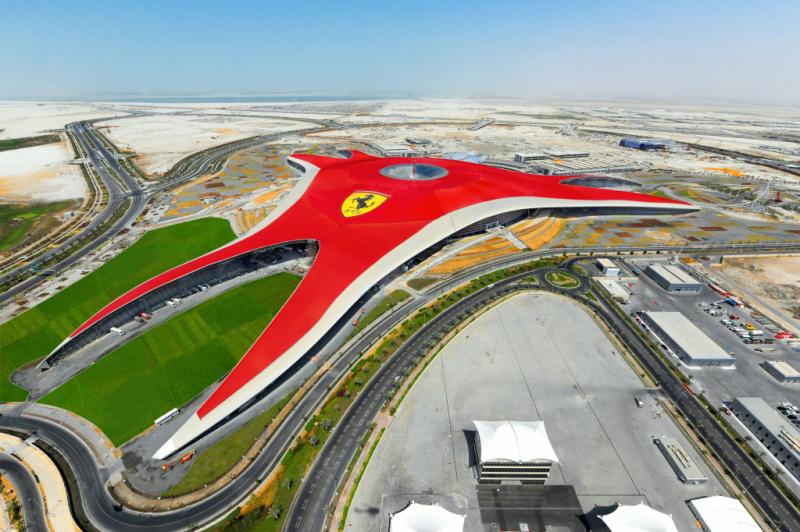 There are many racing simulators in the park, which are included in the ticket price, and there is an opportunity for an extra charge to ride a real red Ferrari on a special track F1. In addition, there is the Ferrari Museum, which exhibits real F1 cars and supercars owned by private collectors.

Dubai Legoland is the seventh Lego park in the world and one of the most popular places for travelers with children of primary school age. It is divided into 6 zones with 40 attractions, playgrounds and even a mini-factory for the production of Lego parts, where you can get a personalized brick as a keepsake.

Almost everything here is built from Lego: huge compositions, entire cities, slides. Miniland is located in the center of the park – the main attractions of Dubai in miniature, built from 20 million parts. Everything moves, glows, makes sounds. 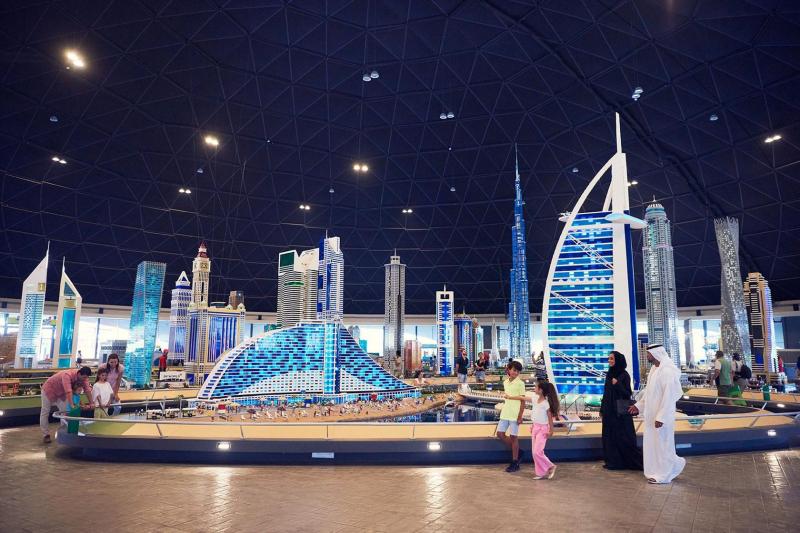 In the Adventure zone, you can dive in a submarine in a pool with live fish, rays, sharks and Lego treasure chests. And in Lego City, the most popular attraction is putting out a fire with real water.

And, of course, there are construction sites where you can build anything from Lego. For kids, there is a DUPLO play area with large parts and animal figures.

A huge indoor park based on the cult films and cartoons of the Warner Bros. studio, on which the generation of millennials grew up. The Flintstones, Scooby-Doo, Bugs Bunny and other characters, as well as heroes of the DC universe (a fictional universe from DC Comics with Superman, Batman, Wonder Woman, the Joker and others) are located in 8 thematic zones.
< /p> 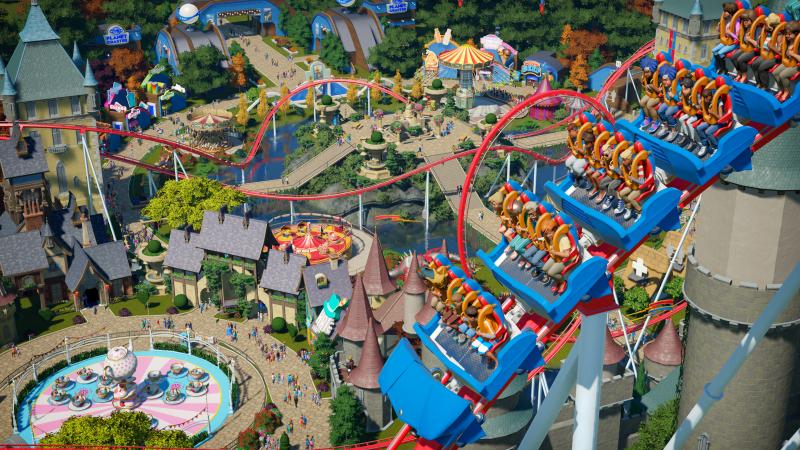 The park has 29 attractions for every taste and age. You can take a boat ride of the Flintstones in the prehistoric area of ​​​​Bedrock. Ride the kids on the Tom and Jerry Cheese Carriage train or climb the Metropolis climbing wall. The hits of the park are the Green Lantern 4D attraction and the flight on the Batman flying machine.
Plan at least 4 hours for this park and note that most attractions are designed for children over 110 cm tall.

Dubai Miracle Garden & Dubai Butterfly Garden combines two parks on the same territory: a garden of miracles, which is often called a park of flowers, and a butterfly park. Each park requires a separate entrance ticket. The flower park is a very beautiful space, the largest flower garden in the world: 150 million flowers and plants. This is not a botanical garden, so you will not find a wide variety of species here, but you will see the incredible beauty of the figure and construction: an 800-meter green wall, a 10-meter flower pyramid, giant flower figures of fairy-tale characters, a flower castle. The inside of the park is very beautiful, it feels like you are in a fairy tale, especially in the evening when the lights turn on.

World's largest indoor butterfly park  – these are 9 pavilions and 15 thousand butterflies. Here you can find 50 species of these insects, including rare and giant specimens. In one of the pavilions there is a “butterfly nursery”, here you can see different stages of development of the future butterfly: egg, larva, caterpillar, chrysalis. 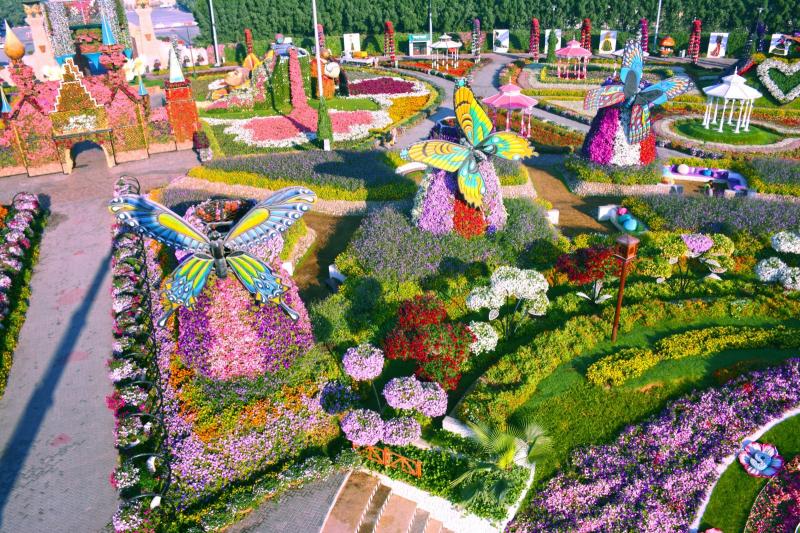 There are a lot of butterflies in the pavilion with adults. They fearlessly sit on the hands, feet, heads of visitors. If you are afraid of insects, even such beautiful and harmless ones, it can be uncomfortable there.

If you are a fan of “Zita and Geeta”, “Disco Dancer” or Indian cinema in general, you are definitely in Bollywood park. This is the only park in the world dedicated to “Indian Hollywood”.

In a relatively small area, you can plunge into the romantic world of Indian cinema thanks to attractions based on cult films, songs, dances, performances, cuisine, the atmosphere of old Mumbai and chic scenery.

Most of the attractions are 3D simulators. There is an area with a film set where everyone can try himself as a Bollywood actor, an arena with master classes in Indian dance and stunt shows. 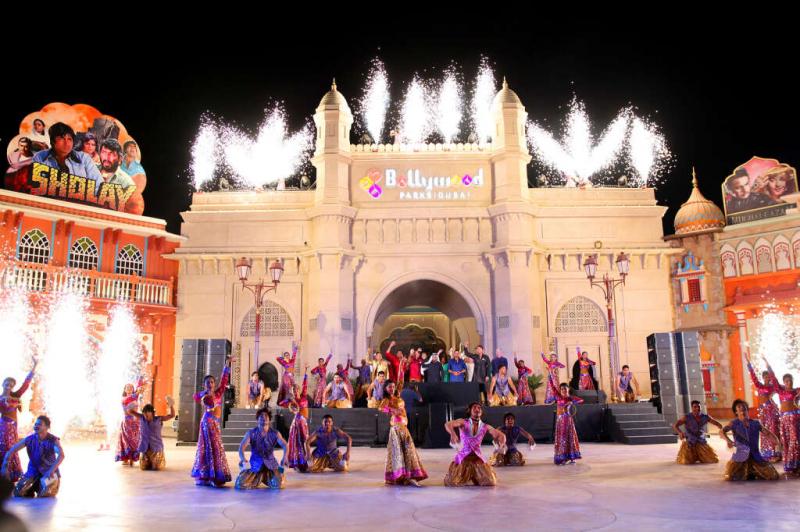 Bollywood park opens quite late compared to other Dubai parks, from 15 pm . But it closes later than the others, at 23:00. Before closing, the Raj Mahal theater shows a half-hour musical dedicated to the history of Bollywood.