Skip to content (Press Enter)
Home>Attractions>“This is Satka, baby!”: a guide to the most original city of the Chelyabinsk region 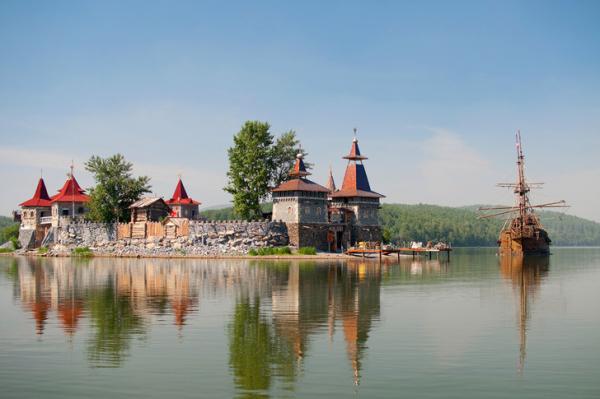 Alexey Skanavi< /strong> – pianist, TV and radio presenter, writer. Each time, posting a photo on social networks after concerts in the Chelyabinsk region, he leaves a comment: “This is Satka, baby!” And he explains: “Only in Satka they gave me two cars of flowers. There are only a few art schools in this tiny town. Only here you can feel yourself in another time dimension.” Next – let's leave the floor to him.

Satka is a tiny town in the Chelyabinsk region. Before I got there for the concert, I had never heard of him. It all started when a very respected person called me a few years ago and immediately asked: if he offered me to play a concert in the city of Satka, would I refuse?

I asked where it was, and… did not refuse. After all, fate sometimes brings a touring musician to the most incredible places. Well, Satka is Satka. And I went.

The edge of the blue stone

Before the trip, I began to study what kind of city it was. And I found out that Satka was founded back in the 18th century, in 1758, by industrialists, including Count Stroganov. And that magnesite ore, the so-called blue stone, was mined there.

p>Remember, in the story “Chuk and Gek” Arkady Gaidar wrote about the mysterious blue mountains? Most likely, it was about the Urals, where the “blue” deposits of magnesite are located. This ore was appreciated not only by Russian industrialists, the blue stone is still in high demand all over the world. It withstands colossal temperatures and is indispensable in order to “bake a piece of iron.”

Magnesite is used to make various refractory parts, for example, the insides of blast furnaces, which heat up to 3000 degrees. Thanks to this stone, the Satka mining industry still operates today.

Perhaps, if there were no magnesite, there would be no famous ironworks in the Urals, which gave birth to our industry.

The museum of magnesite made a great impression on me in Satka, where the history of the extraction of a valuable stone is shown. Models were made: carts, horses, men with small shovels mining something there.

And in the vicinity of the city, the Karagai quarry with magnesite ore was dug. The quarry is gigantic… Can you imagine a BelAZ car with wheels the size of a human being? So, these BelAZ trucks at the bottom of the quarry look like insects.

There are only three magnesite deposits in our country: in the Urals, in the Irkutsk region and in the Krasnoyarsk Territory. Although this stone is called blue, it looks unpretentious: an ordinary gray-brown cobblestone.

But when I brought a piece to Moscow and showed it to my mother, she immediately recognized: “Oh, magnesite!” My mother is a professor at Moscow State University of Civil Engineering and a specialist in building materials.

Metallurgists and demiurges: 6 engineers who glorified the industrial Urals

Mecca for lovers of street art

The person who invited me to Satka is from there, lives in this city with his family, brings up seven children. He is a great patriot of Satka, loves these places very much and wants people to live well there.

That is why he became a philanthropist and organizes cultural events in his town. For example, an opera festival. Then the best musicians of the world, including top stars, come to Satka. He brings there exhibitions from Pushkin, from Russian museums, arranges concerts, performances.

This philanthropist who invited me does not bake only about culture – he tirelessly improves the city. He builds roads, came up with an international street art festival, where the most expensive artists from all over the world come: from France, Australia, America – and paint houses in Satka. And these Khrushchev boxes take on a joyful coloring. You walk through the streets like a gallery.

Another local attraction is the Magnezit Palace of Culture. It was built in 1951. The palace is small, like an ancient temple. And what's going on inside -indescribable! You have to listen to it, because the acoustics there are extraordinary. And interiors. Beautiful parquet, real marble columns.

Huge, wall-to-wall paintings in the style socialist realism, painted in oil: collective farmers bring gifts to Stalin. Everything here has been preserved in its original form. And people go to DC for concerts.

Tickets are often free or very cheap thanks to patrons. The concert hall for 500 people (this is huge for the province!) is always full. And the city has only 40 thousand inhabitants. There is a brand new Yamaha on the stage. So everything is serious in Satka.

My acquaintances scared me before the trip: they say that Chelyabinsk is nearby, harsh people, bad ecology, it’s impossible there not only to live, but also to be. But in fact, not everything is so sad in Satka.

The city, although it belongs to the Chelyabinsk region, is closer to Bashkiria. From Chelyabinsk to Satka you need to drive 3-4 hours by car.

As for ecology… In Satka itself, nature is modest. Some houses, no trees. The soil is like a rock. But as soon as you drive off 20–30 kilometers, unimaginable beauty begins.

The Iron River of Siberia: how the Trans-Siberian Railway changed Russia

I was settled there at the recreation center “Zyuratkul” in the national park of the same name. “Zyuratkul” means “heart of the lake”. These are absolutely magical places. Fantastically beautiful mountains, forests, lakes. It seems that a little more & nbsp; – and the hostess of the Copper Mountain will come out to meet her. And a constant feeling of some kind of magnetism emanating from the earth.

I think that the Ural writer Bazhov wrote his stories for a reason. I am sure that in Satka there are all these galloping fireballs, Silver Hoof deer and the mistress of the Copper Mountain. And if you ask such a sorceress for anything -she will give it.

Maybe this is called a place of power? After at least two or three days of work in Satka, I return to the capital so rested and full of energy, as if I had spent a whole month on vacation.

Relax in Bali and Mars: 5 fantastic locations in the Urals

My acquaintance with Satka began with a big solo concert, and since then I have been to the Ural town several times. The hall is packed. So many flowers were given! Once they brought them to me with two KamAZ trucks, the whole hotel was in flowers, and I couldn’t even get through the number.

Arriving in Satka for the second time, I specially came up with the project “Making Music Together”. After all, there are two schools of arts in this town, not counting those in nearby villages!

There are very strong guys-musicians, especially pianists. But most of them study music for seven years and then abandon it because they don't find any practical application for it.

And I decided: why not help these children feel like great musicians and put them in a real concert situation? I arranged a competitive audition, selected 15 people with whom I would like to perform together, gave teachers the task of teaching notes with children.

Then he returned a couple of months later, and we The guys played a big concert of chamber music. The guys were delighted. Someone played the violin, and I accompanied. Someone was playing four hands. Why, they even played six hands! It was a pity for the children that they are stewing in their own juice.

The locals are the descendants of the conquerors of the Urals. Such strong Ural people. The town struck me as an example of what can be done in the Russian outback if you don’t put money in your pocket, but use it for the benefit of fellow countrymen.

I would compare Satka with Alaska: the conditions are not easy, but enthusiasts decorate their lives as best they can.

The Smart City project and various innovative festivals help in this. In Satka, for the first time in Russia, under the leadership of Grandmaster Spassky, “chess universal education” was introduced: in all local kindergartens and schools, the program includes an optional subject “Chess”.

A place of power

I seriously thought about living in Satka. And just at that time he was writing a biography of the 19th century Irish composer, the founder of the nocturne, pianist John Field. =”/wp-content/uploads/2022/08/eto-satka-detka-gid-po-samomu-originalnomu-gorodu-cheljabinskoj-oblasti-dfaf31c.jpg” alt=””It's Satka, baby!”: guide to the most original city of the Chelyabinsk region” />

He came to perform in Russia, fell in love with the country and decided to stay. In 1822 he settled in Moscow, got himself students – among them, among other things, were Glinka, Gurilev and even the grandfather of the great Rachmaninoff.

While working on a book, I once got up early in the morning and went for a walk to the Vvedenskoye cemetery ;- it is located in Lefortovo, not far from my house. And suddenly I came across a tombstone with a medallion depicting a lyre and a laconic inscription John Field. It was the grave of the maestro.

Imagine, I started writing about him, and he called me to his place! Like my daughter said, Field gave you a like. However, I then decided not to move anywhere yet, I still can’t give up the Moscow rhythm of life.

Time flows differently in Satka. It's good to come here, breathe in the taiga air, recharge your batteries and start your duties with renewed vigor.

What you just need to do in Satka

Walk in the taiga. And feel the magic of these places yourself.

Dine in a restaurant. Here are their natural products. The freshest meat: deer, wild boars, elks, bears roam in the surrounding forests.

Dance in an abandoned workshop. Satka has an unusual space for young people, rebuilt from an abandoned factory floor. Something like a nightclub. The place is away from the city. Discos are held there, a huge building can accommodate up to 1500 people.

Material published in Vokrug Sveta magazine, No. updated in August 2022 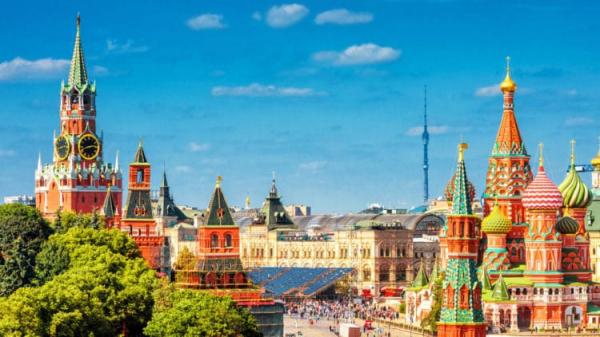 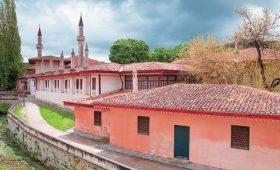 Bakhchisaray, Chufut-Kale, the Grand Canyon and other pearls of the Crimean mountains: the most detailed guide 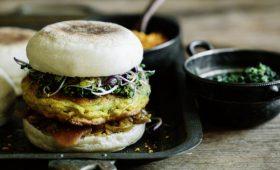 Sandwich geography: 9 sandwiches from around the world