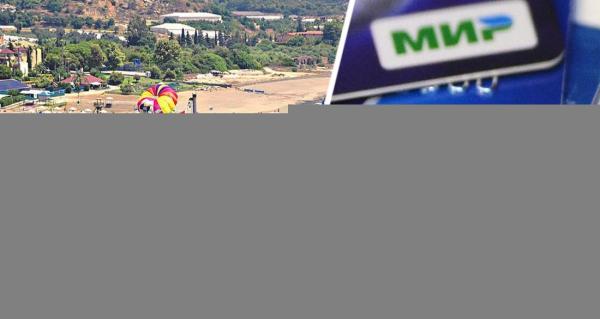 In conditions of disabled Mastercard and Visa payment systems in Uzbekistan, it is convenient to have a rest with a MIR card, but not always. In most cases, cash is required. Details about how it is more convenient to pay and where to book accommodation, the Russian tourist told on the Yandex.Zen channel.

According to her, it is still possible to book objects located in Uzbekistan on the Booking online platform. However, there is a difficulty with paying with bank cards issued in Russia. The traveler proposed to circumvent this problem in the following way: choose objects that offer cash payment on the spot without the need to make an advance payment. The landmark on the site is the note “Card is not required.”

Fortunately, in the country of the post-Soviet space there are many facilities that accept cash. At the same time, hotels and guest houses do not accept cash rubles, but the local currency – Uzbek sums. In addition, this is also beneficial for tourists.

As for the cards of the Russian payment system MIR, in Uzbekistan, as previously stated by the authorities, they work. In general, this was the case, the tourist noted, with some isolated cases, since some catering points work in the old fashioned way and do not install terminals, but accept “live” money.
It is also possible to withdraw “cash” from a domestic card. You need to do this at ATMs of the UZCARD payment system – there are a lot of them in cities.

“I withdrew cash from the Tinkoff card. No commission was taken from me. Tourists who used the MIR card from Sberbank said that they were being charged a commission, ”the blogger shared and added that by giving 1,000 rubles in return she received 126,000 soums.

Earlier it became known that that under the sanctions, Uzbekistan became the leader of the countries where Russian tourists booked tickets most often. Read the details in the material “Yandex.Zen”.

For those who care about a healthy lifestyle, we recommend reading: “The hepatologist said how much alcohol can be consumed without harm to health.”

Terminate grant agreements with the Russian Federation: the EU issued a verdict on the fate of scientific tourism, Russian students and professors in Europe