Climbers will have to pay 15,000 euros to reach the top of Mont Blanc

Climbers who want to conquer Mont Blanc, Europe's highest peak, will have to pay 15,000 euros before they start in case they need help or die, according to dailymail.co.uk

The deposit will apply to adventurers who attempt to reach the 15,773-foot summit via a popular route in France after a local mayor criticized 'pseudo climbers' playing 'Russian roulette' with their lives.

Jean-Marc Peylex, mayor of Saint-Gervais-les-Bains, where climbers can reach the summit via the Gouter route, introduced the measure after dozens of people continued to ignore warnings.

Mayor of Saint-Gervais- Les Bains, who introduced the levy, said the money would cover rescue and burial expenses

Mont Blanc is the highest mountain in Europe at 15,773 feet, located on the border between France and Italy.

The route is accessible to all skill levels, and officials say the number of inexperienced climbers is increasing.

Due to heavy rockfall in mid-July the local administration strongly advised people to avoid climbing, and local guides suspended their work.

The recent heatwave has made conditions on the mountain more dangerous, exposing giant cracks in the mountain and causing rockfalls.

“Sometimes stupid people only react to stupid ideas,” Peileks told The Telegraph in a phone interview. on Thursday.

“They have the same approach as someone who wants to commit suicide. So I say: let's do everything right and ask them to pay us the costs that this will entail.

In a statement posted on Twitter, Peileks said the idea for the deposit came about after five Romanian visitors attempted to climb “in shorts, sneakers and straw hats” and had to be stopped by mountain police.

“People want to scramble with death in their packs,” he added. “So let's anticipate the cost of rescuing and burying them, because it's unacceptable for French taxpayers to pay the bills.”

Climbers will still be able to attempt to reach the summit without accumulating more than €15,000 if they choose to start on the Italian side of the mountain.

Roberto Rota, Mayor of Courmayeur, located at the foot of Mont Blanc on the Italian side of the border, called the decision “surreal” and stated that the Italian side “will not restrict the climbing of tourists.”

“The mountain is not property. As administrators, we limit ourselves to pointing out when the tracks are not at their best, but asking for a deposit to go upstairs is truly surreal. You can decide to close a path or passage if there is a real risk,” Rota told the Italian daily Corriere Della Sera.

Between 1990 and 2017, 102 people died between two mountain huts on Mont Blanc, the Tete Roux hut and the Goater hut, a section of the journey that takes about three hours for most people.

The main causes of death were falls, being struck by a falling rock, and being stranded » – lost or hit in bad weather.

In the last two years alone, 20 tourists have died on the mountain and about 50 have been rescued from the range.

Worries about the safety of activities in the mountains increased after 11 people died in early July when a huge mass of ice broke off a glacier on the north side of the Marmolada, the highest peak in the Italian Dolomites. 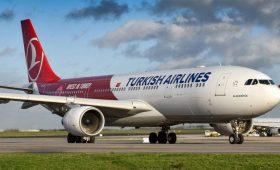