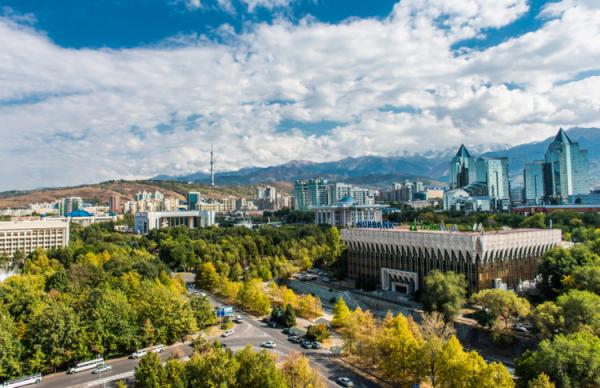 Alma-Ata is the second capital of Kazakhstan. It was built during the Soviet era, so the sights of Alma-Ata are mostly Soviet architecture. Huge parks with shady alleys, the old center, the subway and many other objects that were built before the independence of the country, and today are of interest and benefit both tourists and residents of the city. Don't know what to see in Almaty? Especially for you, we have compiled a list of popular places in this city, which included the most interesting sights.

The main sights of Almaty

Photos and names of Alma-Ata sights are unusual. The mountain Kok-Tobe strikes with its beauty, the name of which is translated from Kazakh as “Green Hill”. It is located not far from the city, and there is a television tower on it, which, due to its location, is the tallest building in Alma-Ata.

Kok-Tobe rock and tower are the main symbols of the second capital of Kazakhstan. To enjoy a magnificent view from the top, you can climb to the observation deck by cable car, which starts almost from the city center. In just six minutes of climbing, you will see Alma-Ata from various angles. Climbing the rock, visit Kok-Tobe Park, where you can:

see the monument to the legendary band The Beatles; 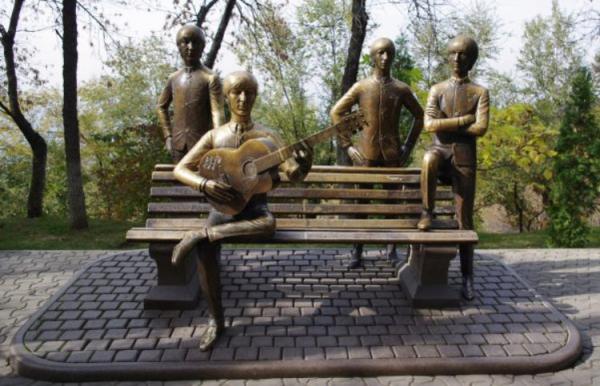 Monument to The Beatles in Kok-Tobe Park Ken and Nyetta

throw coins into the Fountain of Wishes; relax in a cafe or restaurant, of which there are a lot; 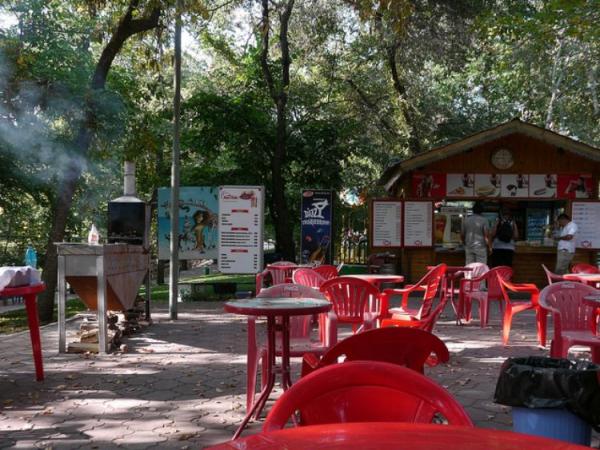 Cafe on the street in Almaty tjabeljan

The historical development of Almaty and the country as a whole is symbolized by the Monument of Independence, which rises on the central square. He represents a “golden man” standing on a winged leopard and controlling it. This composition symbolizes firmness of will and invincibility of power. 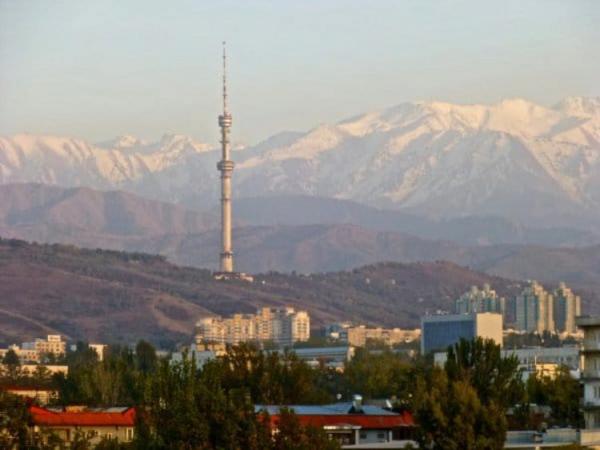 Kok-Tobe TV Tower in Almaty Nomosb Be sure to watch this beautiful video about Almaty!

Palace of the Republic

In addition to the Kok-Tobe TV tower, which can be seen from all points of the city, among the religious buildings of Alma-Ata one can note the Palace of the Republic, which can accommodate 3,000 people. Exhibitions and important conferences are constantly held here, as well as concerts by world stars. 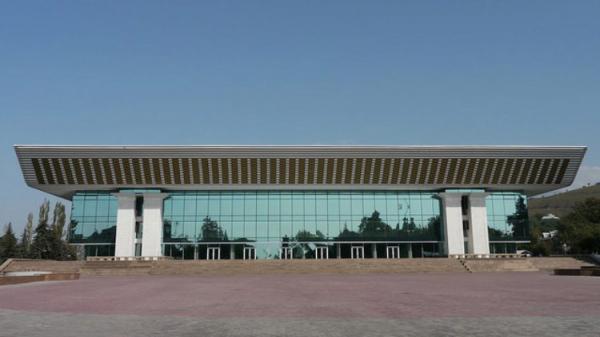 Palace of the Republic in Almaty tjabeljan

Other interesting places in Almaty

Not far from the Palace of the Republic are such famous buildings of the city as the hotel Kazakhstan and cinema Arman. The first institution is a visiting card not only of Alma-Ata, but of the whole republic, as the high-rise 102-meter building of the USSR times is a symbol of the country.

An interesting place in the city, located in the park. 28 Panfilov guardsmen – the Russian Orthodox Holy Ascension Cathedral, which was previously called the Turkestan Cathedral. The building was built of wood and its beauty has no equal in the whole world. The exterior of the cathedral impresses with its colorfulness, and especially the 5 unusual colored domes with crosses. The interior of the building is also magnificent: manuscripts on the walls, an iconostasis with paintings and other cult decorative elements that have been preserved since the beginning of the 20th century. 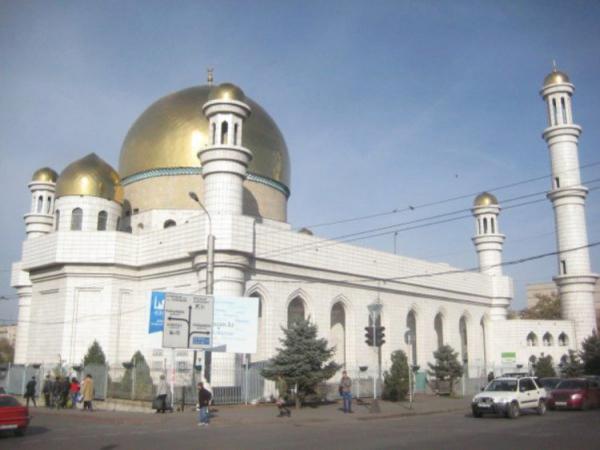 In Alma-Ata, the main religious object is the Central Mosque. It has an unusual appearance: a building made in white, decorated with blue domes, which symbolize harmony and simplicity. The courtyard of the mosque is equipped with a cozy square with alleys, benches and flower lawns, so it is comfortable to relax here. The building itself is one of the largest in the republic, it can accommodate up to 7,000 people.

The city is famous for the Central State Museum, which is the largest in Kazakhstan. Here you can see the three hundred thousandth exhibition of exhibits of the heritage of the republic, presented by:

History of Alma-Ata can be studied in the museum of the city. Although it was opened recently, it has already collected a considerable number of historical objects: from the time of the Bronze Age to the present day. Among the interesting exhibitions stand out:

Museum of Arts with an art gallery of works by Russian and Kazakh authors; Natural Museum with an exhibition dedicated to the flora and fauna of the republic; Geological museum with a unique collection of minerals. 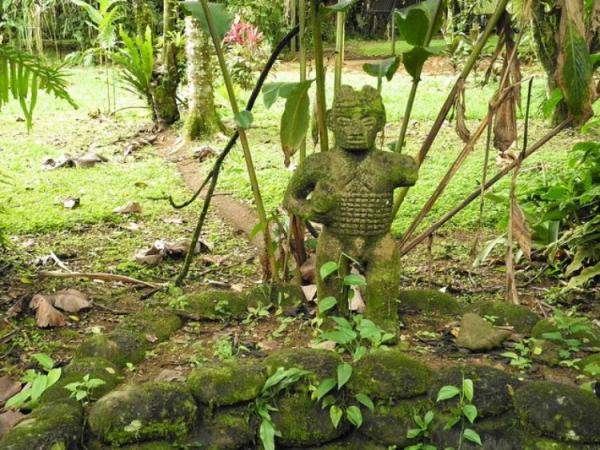 During excavations in Kazakhstan, many important and valuable objects were found, including the bones of ancient animals, fossils and disappeared minerals. All this can be seen today in the museums of Alma-Ata, so a tour of the exhibitions will be informative and unforgettable. 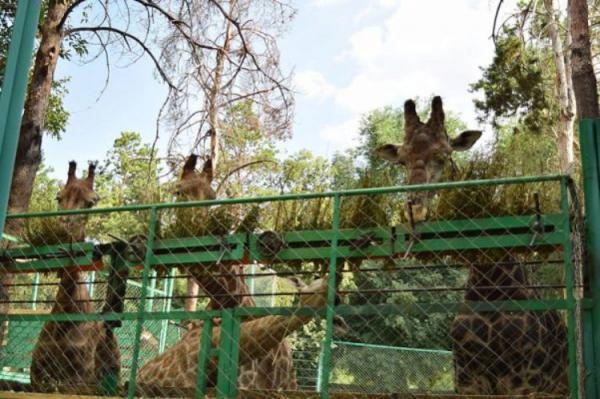 Where to go with a child in Almaty

It is interesting to visit the Alma-Ata Zoo. On its fairly large area there are sections with a variety of animals and an aquarium. Many of the presented species are in the Red Book. To relax in silence in nature, you can visit the “Park of the First President”, the territory is decorated with the largest fountain in the city.

City fountain in the First President's Park in Almaty Andrey.moiseyev

It will be interesting for children and adults to watch the bright circus performances. In the city, the circus building is decorated with a hyperbolic dome, erected in 1972 and recognized as a model of civil architecture. The key number in the circus arena is an equestrian performance with the participation of Zhaidarbek Kunguzhinov. Basically, the artists taking part in the performances are gymnasts, tightrope walkers, equestrians, who have been awarded various prizes and won first places at many festivals and competitions.

For memorable gifts, you can go to the huge colorful markets of Alma-Ata. One of the most visited places by tourists is the Green Bazaar.

Interesting photos of the sights of Alma-Ata are also presented in the winter. So, you should definitely visit the Medeo high-altitude sports facility, which is the largest in the world, at this time of the year. It is located in the eponymous tract of the Zailiysky Alatau not far from Alma-Ata at an altitude of 1700 m above sea level. During the free period from competitions, and this is from October to April, tourists and Almaty residents in the Medeo complex like to skate. On the outskirts of the city there are also ski resorts where skiers, snowboarders, and ski freestylers like to spend time. These favorite places include:

Chimbulak – there are slopes for beginners and skiers with experience, and there are also routes for downhill skiing. In the summer, the ski resort organizes a camp for children, a rope park and guided tours in the mountains; Tabagan is a sports and recreation complex that operates all seasons, where in summer you can ride mountain bikes, skate, play tennis and volleyball, visit saunas and massage rooms, and in winter there is a ski resort; Ak-Bulak – operates throughout the year. Here you can go skiing, snowboarding and snowmobiling. 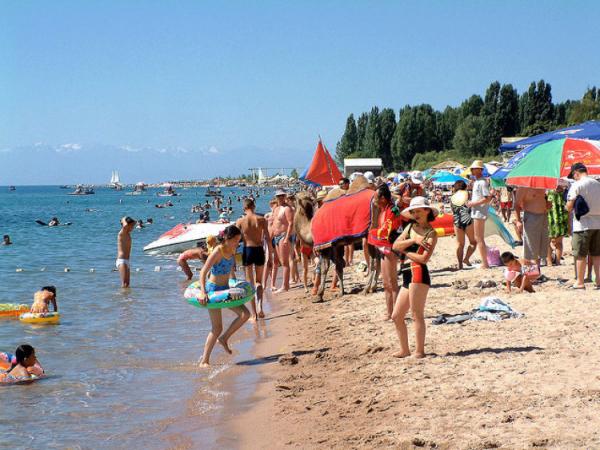 Having familiarized yourself with all the interesting places, be sure to take a photo of the sights of Almaty. Ecological tourists love to travel here, as numerous tourist routes pass near Almaty. Those who like to walk on foot should visit the Ile-Alatau Natural Park. It is large and occupies over 200,000 hectares. In the reserve you can see more than 1000 different plants, and the number of species of different animals exceeds 1500. Most of the animals and birds that inhabit the Ile-Alatau Natural Park are in the Red Book. The Almaty Reserve with lush coniferous and deciduous forest vegetation is no less attractive.

< p>A great place for walking is the Kolsai Lakes park. The name of this attraction suggests that on its territory there are beautiful alpine lakes. Tourists are given the opportunity to climb the mountains and admire numerous unique and interesting places along the way. Also, popular horseback riding in the foothill areas.

Fans of mountain waters can go down to the Ili River . It begins in the rocks of the Tien Shan, flowing into Lake Balkhash. The Altyn-Amel National Park is also located here.

All sights in Almaty amaze with their beauty and diversity. In the city and its environs you can have a great rest according to your taste and financial possibilities. Having been in Alma-Ata, be sure to visit Astana! We have prepared for you a review about the best sights of Astana to inspire you on your further journey around Kazakhstan. 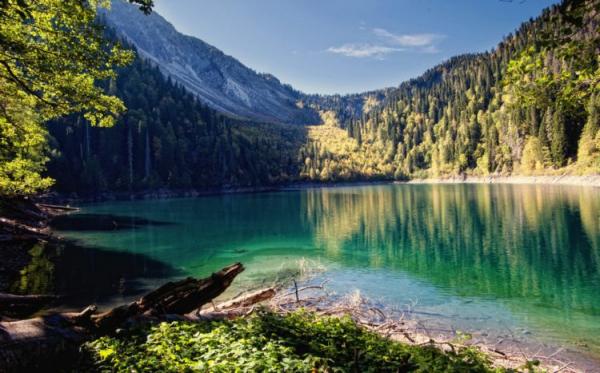 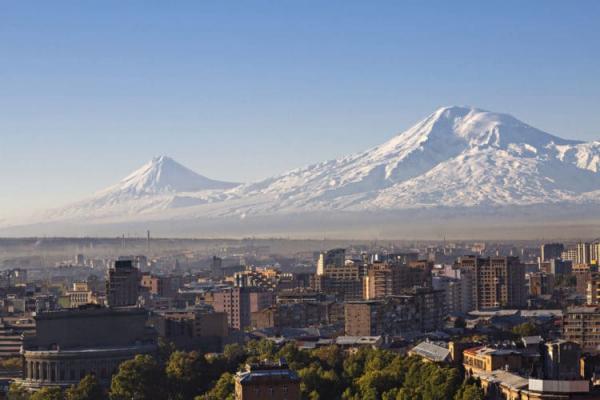 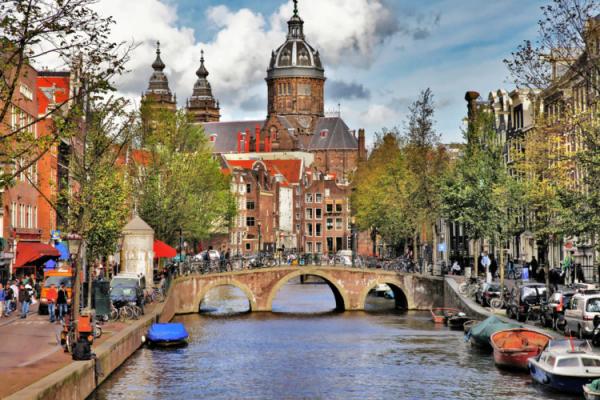