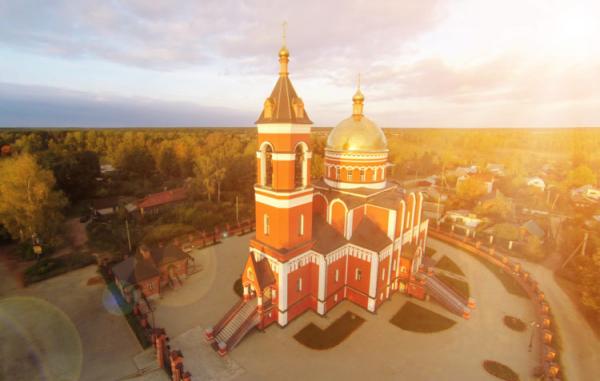 Alexandrov is a small town in the Vladimir region. Its peculiarity lies in the fact that it is part of the tourist center of the Golden Ring of Russia. The settlement of the settlement of the same name, from which the history of this city began, was founded by Vasily III, and later this place passed into the hands of Ivan the Terrible and became his residence. Thanks to its centuries-old history of development, the city of Alexandrov is rich in sights.

Key sights of the city of Alexandrov

The first thing worth seeing is the famous Alexander Kremlin. It is considered the second largest after a similar complex in Moscow. There are numerous ancient architectural and architectural monuments, as well as icon paintings. 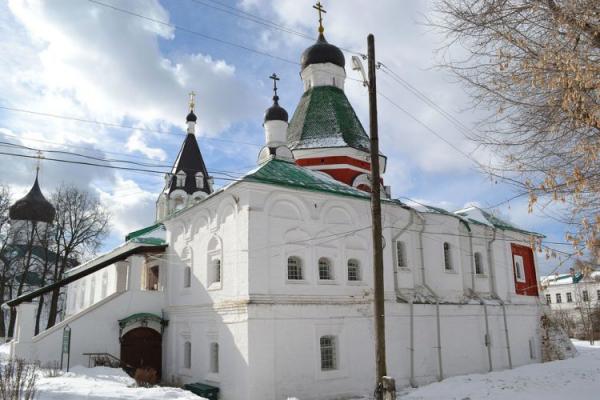 The Alexander Kremlin has preserved huge ancient cellars, the hipped-roof Intercession Church with beautifully painted frescoes from the reign of Ivan the Terrible.

The tallest building here is the Crucifixion Church-bell tower, which is also a landmark of the city of Alexandrov, Vladimir region. 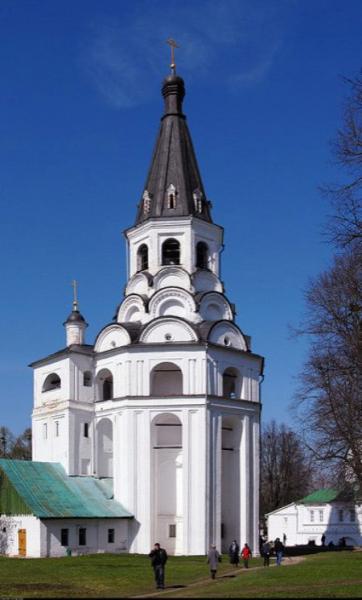 The construction of the Crucifixion Church dates back to the middle of the 16th century, after moving to the settlement of Ivan the Terrible. Its height together with the spire is fifty-six meters. A stone building with four rooms was attached to the church belfry, where the exiled Marfa Alekseevna was. Since 1707, this building has been called the Marfin Chambers in her honor. An ancient tiled stove has been preserved in them to this day. 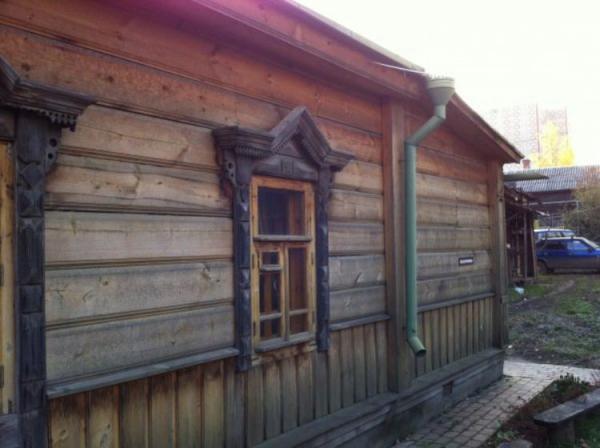 Museum of Marina and Anastasia Tsvetaev in Aleksandrov kikiwis

You do not know what to see and what sights of Alexandrov are the most interesting? Then do not ignore the House-Museum of Anastasia and Marina Tsvetaeva, which was opened in the early 90s. In the exposition, you can see objects that tell about the life and creative path of the famous poetess and her sister. Also, the museum houses exhibitions dedicated to other literary and artistic figures who were born in this town. Now, mass events are held within the walls of the museum, as well as many literary evenings. 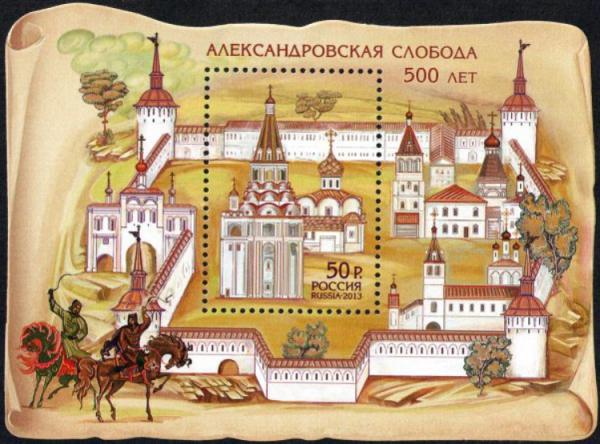 In Aleksandrov, sights are offered to see unique and unusually interesting. One of these is Aleksandrovskaya Sloboda, located on the site of the ancient Holy Dormition Convent. Here you will see the perfectly preserved walls of the building with towers and the cells of the nuns.

Not so long ago, a monument to Alexander Nevsky was erected in the city near the Nativity Cathedral. Its opening was timed to coincide with the 750th anniversary of the death of the prince. The decision to erect the monument was not accidental. Since, according to legend, earlier the settlement, and now the city, is named after Prince Nevsky, who in 1240 came to these places to hunt. In addition to the monument, a new attraction has appeared – Alexander Nevsky Square, which has become a favorite place for citizens.

Church of Seraphim of Sarov in Aleksandrov Nickolas Titkov

A unique building worth seeing is the Temple of Seraphim of Sarov. Its building, which has a Russian style, was later decorated with Byzantine paintings. Therefore, the temple combines elements traditional for the two artistic movements. This is a small church, but being within its cozy walls, each person will be able to see the light within himself.

The presented photographs and descriptions of the sights of Alexandrov show how interesting and informative the journey through it will be. When preparing for a trip, be sure to think over the route, where you should definitely include a visit:

Trinity Cathedral – the building of the temple and the galleries adjacent to it were built at the beginning of the 16th century in the best traditions of Vladimir architecture. Here it is interesting to see ancient frescoes and forged gates of the 13th – 14th centuries, which adorn images on religious themes; 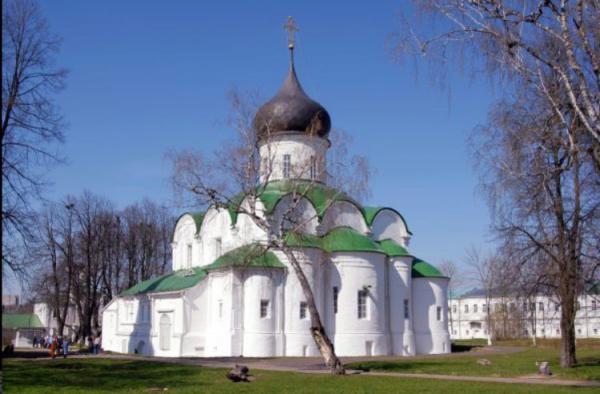 Assumption Church, built in 1526 and of interest by the presence of an old bell tower, as well as its own gallery; 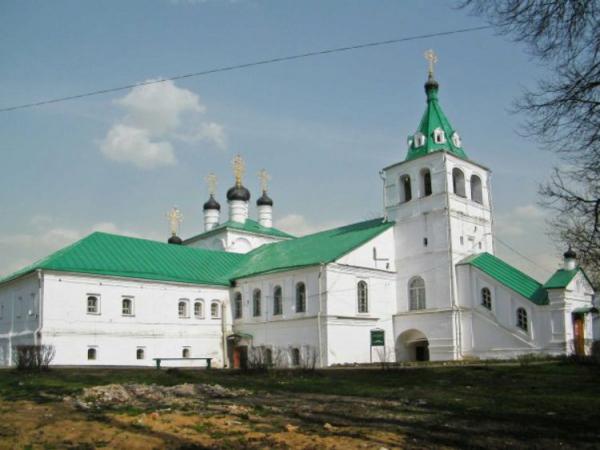 Cathedral of the Nativity of Christ – it is against the background of this sight of Alexandrov that photos are truly unique, since the temple is a reduced copy with one dome of the Cathedral of Christ the Savior; 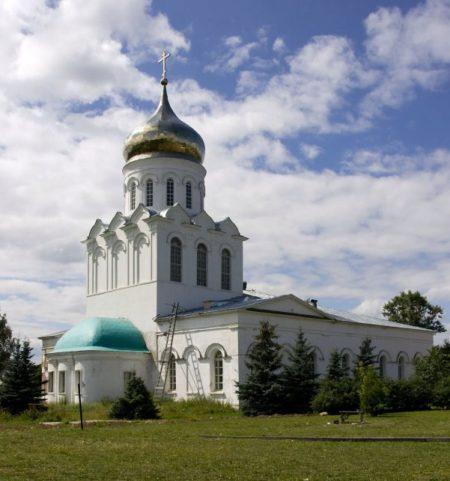 < /p> Cathedral of the Nativity in Alexandrov Sergey Ashmarin

Churches of the Bogolyubskaya Icon of the Mother of God – a brick church, made in the classical style with pseudo-Gothic elements, built at the beginning of the 12th century. The building was repeatedly restored and in Soviet times it was practically the only place in the city where services were held. 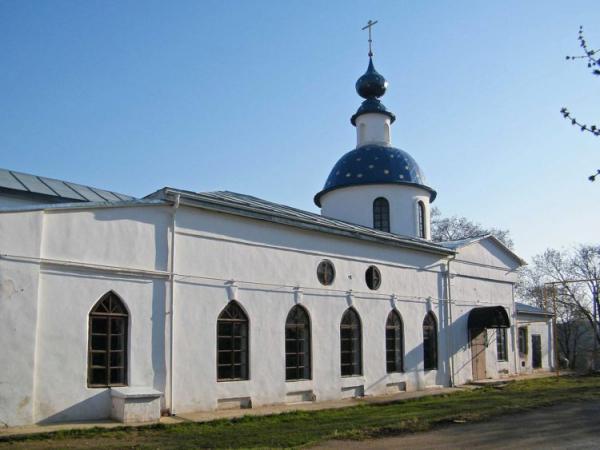 Due to the close proximity to the Moscow region, the sights of the city of Aleksandrov can be seen by everyone. After all, it takes only 2 hours to go from the capital to the place. At the same time, excursions do not require large financial expenses.

Alexandrov sights: what to see in one day?

The first famous place in the city that tourists see is the railway station. It is he who is the very first attraction of Alexandrov. The building is made of brick in two styles – eclecticism and classicism. Having examined the unusual structure of the railway station, as a rule, tourists have a natural question: what other sights are there in Aleksandrov: what to see in one day?

In addition to the ancient temples and churches in the city, it is worth visiting the Museum of Man-Made Stone. It contains a variety of samples of artificially grown crystals, which in most cases are unique in themselves due to unique defects. The exhibition items in the museum are divided into 2 parts:

in the first one you can see products of synthetic origin; in the second – a huge collection of gems and various rocks.

It was within the walls of this Museum that artificial crystals were grown for the first time. Its entire exposition is absolutely unique in comparison with other similar ones in the world. Therefore, it is worth visiting and taking a photo of such a famous landmark of the city of Alexandrov. There is also a shop where you can buy souvenirs and jewelry made from artificial and natural minerals. 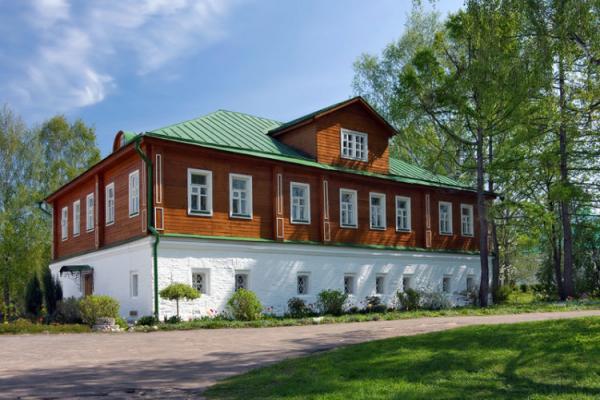 From the 18th century to the present day, shopping arcades have been operating in the city center, deserving special attention, since the social life of the townspeople has been concentrated in them since ancient times.

Before traveling, it is necessary to familiarize yourself with the photo and description of the famous sights of the city of Aleksandrov – the Art Museum. Its construction simultaneously performs two cultural functions. First of all, the museum acts as a historical heritage, since the famous merchant Pervushin used to live here. In the rooms occupied by him before, today they conduct excursions that vividly illustrate the life of Russian merchants of the 19th century. The second function of the museum is the presentation of regional art. The works of sculptors, painters and graphic artists from all over the region are exhibited here. 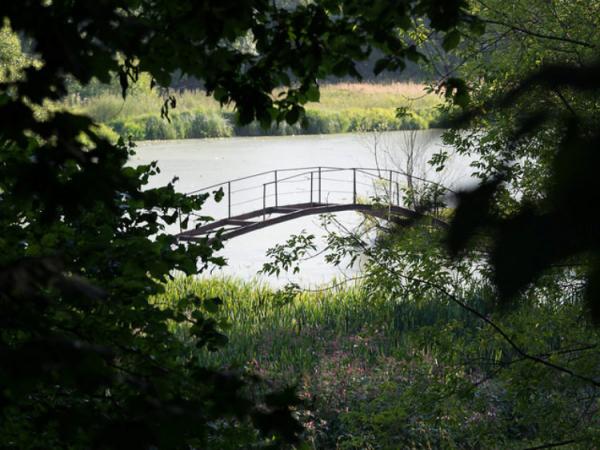 A corner of nature in the city Aleksandrov sovraskin

Also, various interesting programs are held in the Art Mansion-Museum, showing the audience the traditions of past years. For example, it will be informative for a newlywed to take part in a scene of an old wedding custom, at the end of which Empress Elizaveta Petrovna congratulates the young couple on their marriage. You can take part in the program “Visiting Merchant Petrushin”, where you can spend time with the owner and his family, listening to conversations about the life of the merchants. 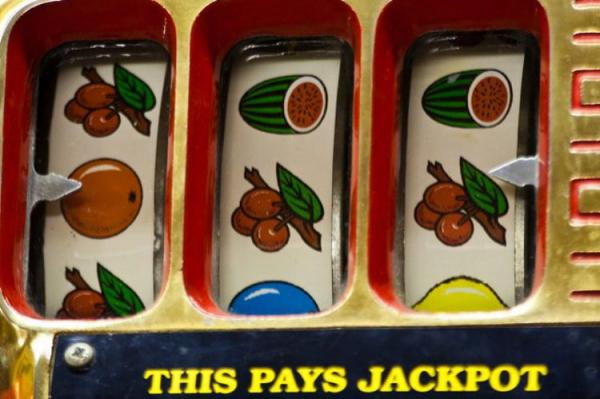 On the map of Alexandrov, you can see the most diverse sights. For example, fans of nostalgia for the Soviet past or their childhood should visit the Retro slot machine hall, which is located near the railway station. Here, everyone can play on vintage slot machines:

table hockey; “Sea battle”; Pinball and many other games from Soviet childhood.

Excursions around Alexander's sights will leave a lot of positive impressions, and you will not regret this exciting journey. 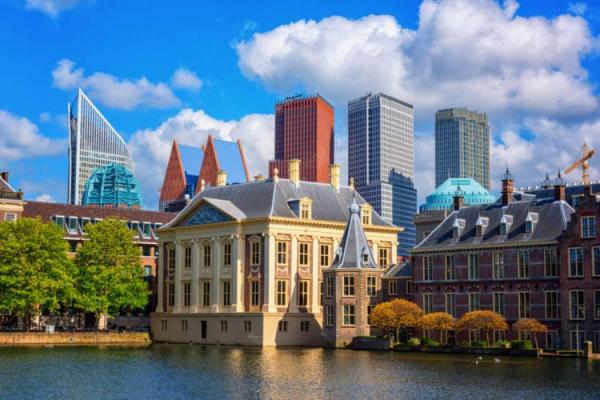 Attractions in The Hague: Top 26 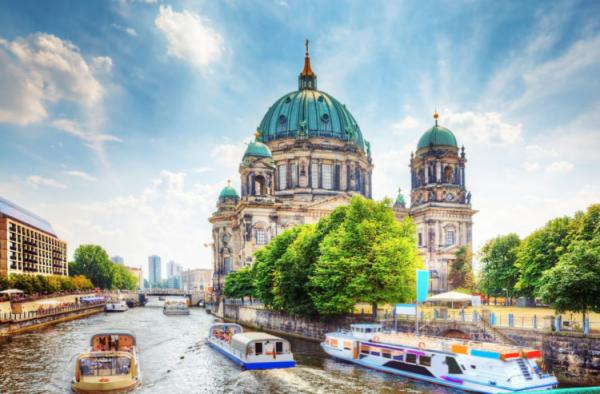 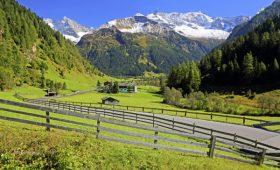 My heart is in the mountains: how they live and work on an alpine farm in Austria