What to see and where to go in Budapest? Our list includes thermal baths, a Hungarian opera house, a historic metro, ruined pub addresses, and more. To complete the entire program, you will need comfortable shoes, a swimsuit and an evening dress. Did you know that one of the UNESCO heritage sites in Budapest is underground? Don't miss it! 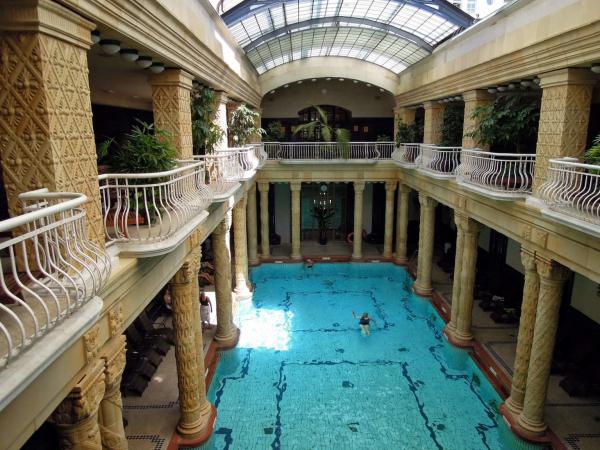 For the first acquaintance with Budapest, it is advantageous to purchase a Budapest card discount card, which includes public transport, free admission to more than 30 museums and attractions, St. various institutions in Budapest. 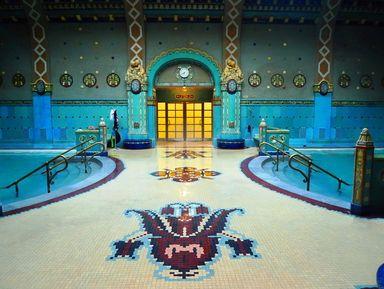 In 118 underground springs and artesian wells in Budapest there is mineral water with a temperature of +25…+71°C. The world-famous baths are of not only therapeutic and prophylactic, but also historical interest. The baths and baths of Budapest were built at different times, in different styles: Roman, Greek, Turkish, more modern North European.

We visited the thermal complex. St. Gellert and got wonderful impressions and feelings. The Gellert Baths are located in the same building as the historic Hotel Gellért overlooking the Danube, now closed for renovation. 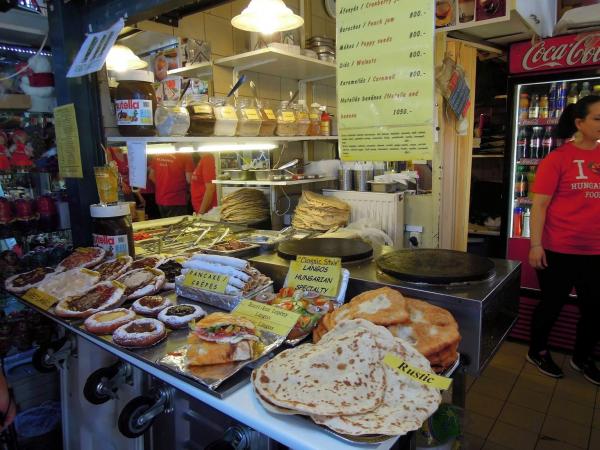 The market building is considered the most beautiful in Europe, be sure to go inside. On the ground floor they sell sausages, cheeses, vegetables, spices, all this can be tasted and bought in different quantities, sliced, in beautiful souvenir packages. Hungary is famous for its sausages and paprika.

There is a buffet on the second floor (balcony). Locals love to sit here with a cup of coffee or a glass of wine. Try the traditional Hungarian dish, lángos. This is a flatbread fried in oil, topped with sour cream, cheese and any ingredients of your choice. 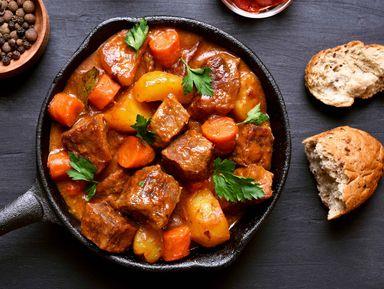 Souvenirs from Budapest are also worth buying at the Central Market — Prices are cheap, selection is good. We bought a kitchen set with an embroidered towel and wooden spoons and a T-shirt with a picture of the Parliament. There is a supermarket on the ground floor. The central market is open from 6 am to 6 pm, & nbsp; on Saturday until 14:00, day off — Sunday.

On a gastronomic tour, a guide will take you to the most delicious places in Budapest, introduce you to Hungarian cuisine and its history, and help you make purchases at competitive prices. choose a tour

This is the second oldest subway in the world, opened in 1896 and has been a UNESCO World Heritage Site since 2002. The yellow line M1 consists of 11 stations. There is a museum (Földalatti Vasút Múzeum) at Deák Ferenc tér station. Entrance to the historic metro with a regular ticket.

We got off at the first Vörösmarty tér station and got to the penultimate Széchenyi fürdő, getting off at each station. This historic line and the trains running along it are very different from the type of metro we are used to. Austrian Emperor Franz Joseph traveled underground in his carriage. 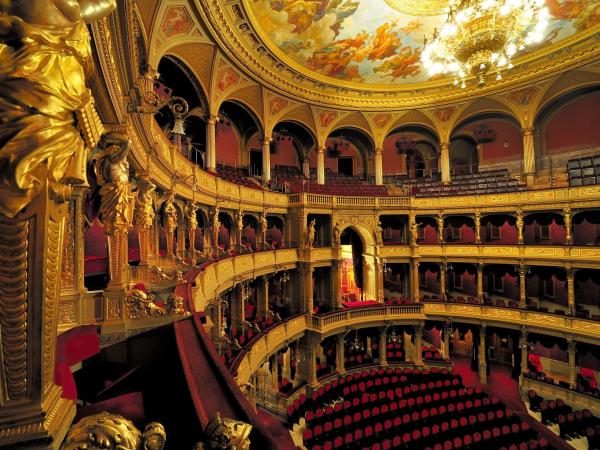 Opera lovers will appreciate the acoustics of one of the finest opera houses in the world, while those interested in architecture can go on daytime tours at 15:00 and 16:00 in the afternoon. Poster and tickets for the opera house on opera.hu. Prices for the Hungarian Opera, unlike the Bolshoi Theater, are affordable.

The largest park in Budapest, on the territory of which there is a zoo, a circus, attractions, the Vajdahunyad castle and the historical Széchenyi baths. If you are not planning to visit the baths, then it is worth going around this large, beautiful building in the Renaissance style and go inside to see the interior. 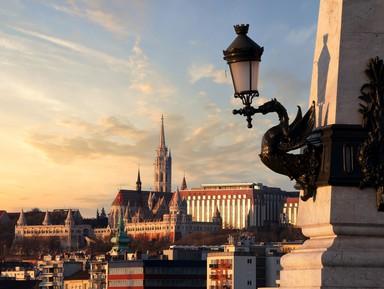 Interesting Budapest: history and modernity Get into the rhythm of the city and see it from the inside

Vajdahunyad Castle is surrounded by an artificial lake, in summer they ride boats and catamarans on it, and in winter they skate. Now the building is occupied by an agricultural museum, in the courtyard there is a statue of the chronicler Anonymous (you need to make a wish and rub the pen). 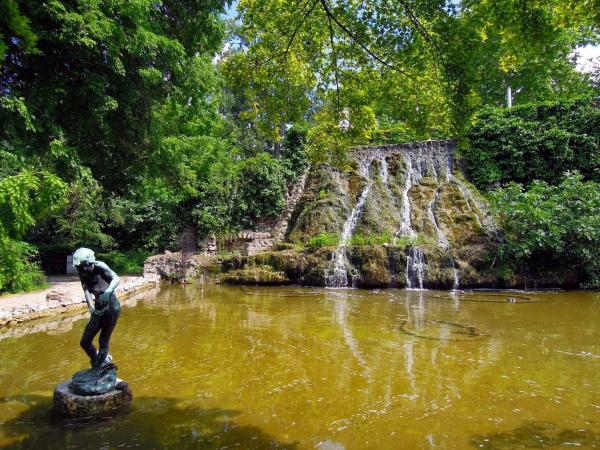 Green park in the center of Budapest — favorite place of rest for residents and visitors of the city. Margaret has a musical fountain, a sports pool, a hotel with thermal springs, cafes, playgrounds, a jogging track runs around the island, and you can rent a bicycle or scooter. On Margaret Island, people sunbathe, have picnics, dance in the club.

Entrance ticket to the thermal spa on Margaret Island

The Budapest Summer Festival takes place on the park's outdoor stage. We got to the island by tram number 2, which stops in front of the Margit hid bridge. 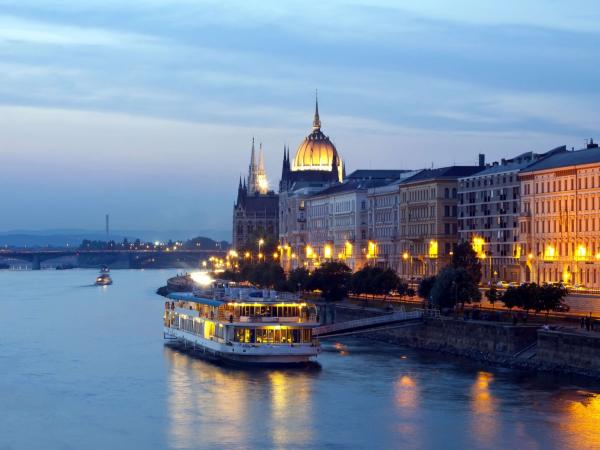 Ships with panoramic glazing depart from the berths one after the other according to the schedule. A river trip allows you to see Budapest from both banks of the Danube, take beautiful photos and listen to the guide's story. 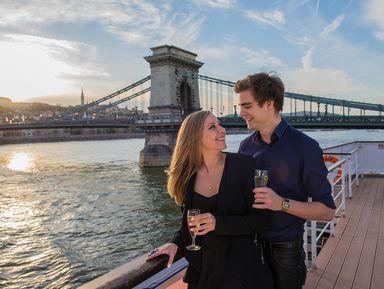 Walk along the Danube with a glass of wine Evening Budapest from the ship, live music and Hungarian red and white

The most popular Danube Legend cruise lasts 1 hour, includes an audio guide in 30 languages ​​and one drink. The screens installed in the cabin show photographs of the places that the ship sails past, the interiors of buildings.

I celebrated my birthday on a cruise with dinner and live music — congratulated with a dessert with candles (warn when buying).

All cruises on the Danube 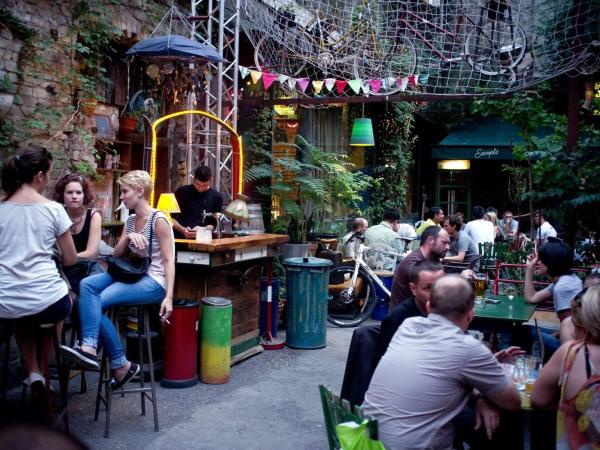 Ruin bars have become very popular in Budapest in recent years. They were housed in dilapidated buildings, former garages, in courtyards decorated with assorted furniture and interior items.

There is a high concentration of bar ruins in the Jewish quarter of Budapest. You should come here for the atmosphere and for the performances of fashionable bands. Prices for drinks and food are democratic, most establishments are open all year round, others — from May to September. 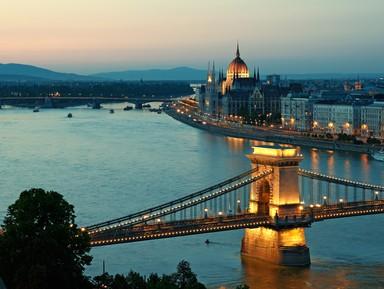 The architecture is one of the best in Budapest — suspension bridges, palaces and cathedrals. Hiking routes and sights of Budapest on the map: 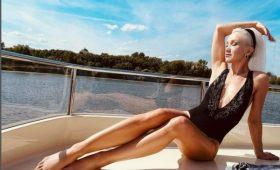 Daria Moroz published a candid photo from the rest

Island-city of Sviyazhsk from Kazan in 1 day

To the mountain park Ruskeala on the retro train “Ruskeala Express”