Skip to content (Press Enter)
Home>Attractions>Start from scratch: 10 countries that changed names in the twentieth century 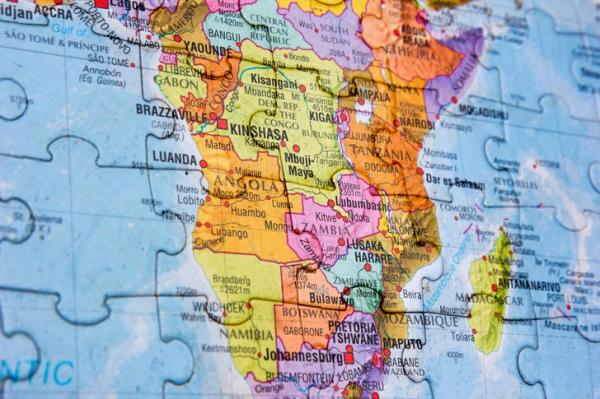 How did the captions on the political map of the world vary and what caused it?

In June 2022, the Turkish authorities announced that from now on the country will be called Türkiye. Thus, the government decided to get away from associations with turkey and others that are completely undesirable for the image of the state.

Around the World looks back at which countries were renamed during the 20th century and why.

Most often, when renaming a country, the authorities are guided by political motives: a new name appears after a change in government and/or order, territorial changes, or a change in the status of a certain territory (for example, from colonial to sovereign).

Sometimes, for historical reasons, a country receives a special name for the outside world, while keeping the self-name used by the locals. Georgia is a classic example

European exonym (that is, a toponym or ethnonym that the population of the country itself does not use, but which is used in relation to it by external communities) “George” appeared during the time of the Crusades. Then, in the Holy Land, the crusader knights and pilgrims first heard about the Georgians from the locals, who, in turn, brought the Persian name of the people to the region – “gurg”.

Russian exonym “Georgia” seems to be also of Persian origin and goes back to the root “Gurz”. For the first time this name is found in the travel notes of Ignatius Smolyanin: “And you get into that church, in a different direction, the Gurzi service, the Gurzi serve (There is a church and a Georgian service there, the Georgians serve)”.

At the same time, the Georgians themselves call their state Sakartvelo . This name comes from the central Georgian region of Kartli, or Iberia, where Georgian statehood was born.

As we all know from history books, after the collapse of the Soviet Union, the so-called Eastern Bloc , an unofficial association of pro-Soviet countries of Central and Eastern Europe, also ceased to exist (however, it also had a completely official incarnation  – the Warsaw Pact Organization).

Some of the bloc's countries, such as Hungary or Romania, declared themselves democratic republics between 1989 and 1991. The GDR joined the FRG and thus became part of the newly unified Germany.

Merry Castle: a guide to Prague in the 16th century

But the Czechoslovak Socialist Republic peacefully split into the Czech Republic proper and Slovakia. It happened on January 1, 1993, the division went down in history under the name velvet divorce (by analogy with the velvet revolution).

The name of this state in Southeast Asia in the second half of the 20th century alone has changed more than once and not two, but five times. First, in 1953, the Kingdom of Cambodia gained independence from France.

In 1970, King Sihanouk was overthrown, and the protege of the United States, Lon Nola, came to power, declaring that henceforth the state would be called the Khmer Republic (the Khmers then, and now, too, made up the majority of the ethnic population of the country).

In 1975, the so-called Khmer Rouge, representatives of the communist movement in Cambodia, came to power. The name of the country has changed again – this time to Democratic Kampuchea.

Kampuchea existed until 1979, when, after the war with Vietnam and another change of power, the Vietnamese allies renamed the state the People's Republic of Kampuchea.

Finally, in 1989, the new leader and current Prime Minister of Cambodia, Hun Sen, initiated amendments to the country's Constitution, according to which the PRC was transformed into a State Cambodia, the monarchy was restored and free elections were called.

Since September 24, 1993, the country again bears the historical name of the Kingdom of Cambodia, but in fact it is a constitutional monarchy.

Translated from Sanskrit “ -lanka” means “blessed land”. But the Portuguese, who discovered the island in the 16th century, either did not know this, or did not really delve into it and renamed it Ceylon, forming a new toponym from the word “Singhala” – this is how the ethnic majority of the island's population calls themselves.

In subsequent centuries, the island passed from the Portuguese to the Dutch, and from the Dutch to the British, until in 1948 the latter granted Ceylon the status of a dominion, that is, an independent territory within the British Empire.

However, the “historical” name acquired relative independence was not returned immediately, but only in 1972 – with the adoption of a new constitution. Then the country began to be called the Republic of Sri Lanka.

In 1978, the name was again changed to “Democratic Socialist Republic of Sri Lanka”, and so the state is still called.

Republic of the Union of Myanmar

Another famous example of the renaming of a country in Southeast Asia as a result of gaining independence from Great Britain is Myanmar.

Until 1948, this area was called Burma in honor of the ethnic majority of the local population. The problem was that Burmese the inhabitants of this part of the Indochinese peninsula were called by the British, while they themselves called themselves Bama  – it turned out that the name Burma was twice a stranger.

It's hard to believe, but “the country Aryans”, that is, Iran Persia (so located in Western Asia the state was called by the ancient Greeks) began to be called only in 1935, when Reza Shah Pahlavi issued a corresponding decree.

True, in 1959, after accusations that that the new name was chosen under the influence of the Iranian ambassador in Germany and the decision was allegedly influenced by the Nazis, he backtracked, saying that the use of any option would be acceptable in the international arena.

The awkwardness resolved itself after the Islamic Revolution of 1979, when the official name of the Islamic Republic of Iran was adopted.

The Hashemite Kingdom of Jordan (Jordan)

Before the First World War, the modern territory of Jordan was part of Palestine, mandate to manage which in 1922 at the conference in San Remo from the League of Nations (the prototype of the UN) was received by Great Britain.

A little later in the same year, British Prime Minister Winston Churchill issues the so-called White Paper (White paper) is the first of six documents defining the status and regulation issues in the Middle East.

White paper announced the creation of eastern Palestine within the mandate of the British protectorate Emirate of Transjordan headed by Emir Abdullah ibn Hussein. The Principality of Transjordan gained independence on May 25, 1946. Since then, it has become known as the Hashemite Kingdom of Transjordan.

Already in 1949, the name changes again to Hashemite Kingdom of Jordan, or simply Jordan in honor of the ruling dynasty.

The Kingdom of Saudi Arabia

The birth of the Saudi state began in the 18th century, but it became the country that today is called Saudi Arabia in 1932.

It was on September 23, 1932 that the once part of the Ottoman Empire united Empire, but declared its independence in 1916 Kingdom of Nejd and one of the territories of modern Saudi Arabia, where the sacred cities of Mecca and Medina, Hijaz are located for Muslims.

Ge'ze “Ethiopia” in ancient Ethiopian is derived from the ancient Greek word “Ethiops”, which means a person with a burnt or deeply tanned face.

However, in Europe and in Russia, this state is also in East Africa it was known as “Abyssinia”. The latter name is of Semitic origin and comes from the Arabian word “habashat”, which was used to name non-Aksumite subjects of the Aksumite, that is, the ancient Ethiopian king.

Later, virtually the entire Semitic population of Ethiopia was called that. After the Second World War, the name “Abyssinia” began to fall into disuse, but in some countries the state still bears a similar name to the previous one. For example, the part of the Arabic name “al-Habashi” indicates that the genus belongs to Ethiopia (“el-Habash”).

Burkina- Faso — “country (or homeland) of honest people”translated from the language of the ethnic majority of the Mossi -until August 1984 it was called Upper Volta and was at first a self-governing autonomy in the French Community, and then an independent state in West Africa.

The name Upper Volta, by the way, comes from the Volta River, the sources of which are located in this territory. In 1983, a military coup took place in the Upper Volta, as a result of which supporters of the popular Captain Thomas Sankara came to power, nicknamed the “African Che Guevara” for his leftist views. Sankara became president of the country and renamed it Burkina Faso on August 4, 1984.

Democratic Republic of the Congo

The Democratic Republic of the Congo received its modern name already at the end of the 20th century, in 1997. Prior to that, for more than 25 years (since 1971), the state was called the Republic of Zaire.

This name was given to him by the dictator Joseph Desire Mobutu, who came to power as a result of a military coup in 1965. Although Mobutu maintained close relations with the West during his reign, inside the country he broadcast with might and main “African values”, the renunciation of the colonial past.

Actually, the renaming of the country was one of the demonstrative actions in support of this very renunciation. The toponym Zaire was derived from the old name of the Congo River (“N'Zari” is “river” in the local dialect).

Mobutu himself as part of the Africanization, the Congo “turned” into Mobutu Sese Seko Kuku Ngwendu Wa Za ​​Banga. The masquerade ended immediately after the death of the dictator on September 7, 1997.

Can you answer without prompting which state has been called Eswatini since 2018? And which capital recently became Nur-Sultan? Then you will easily pass our test about the names of states and a quiz about renamed cities.

The material has been supplemented and partially updated in September 2022. 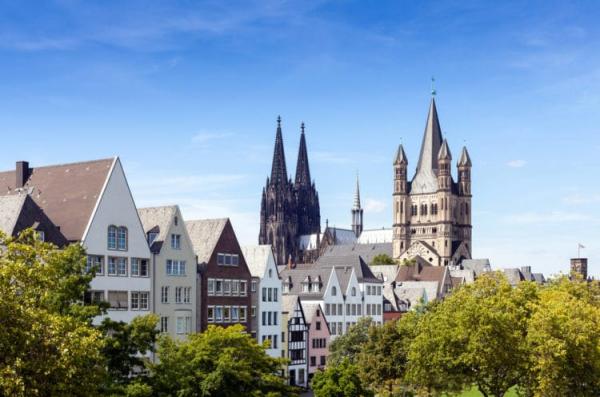 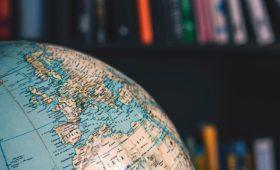 10 Fascinating Books About Around the World Everyone Should Read 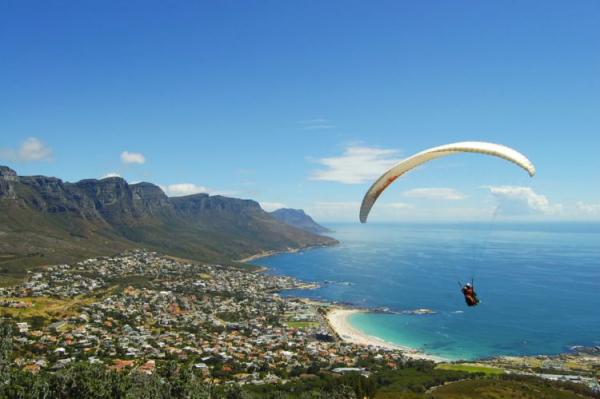