Skip to content (Press Enter)
Home>Tourism News>Russians will go to the dacha for the May holidays, only 2% want to go to Crimea 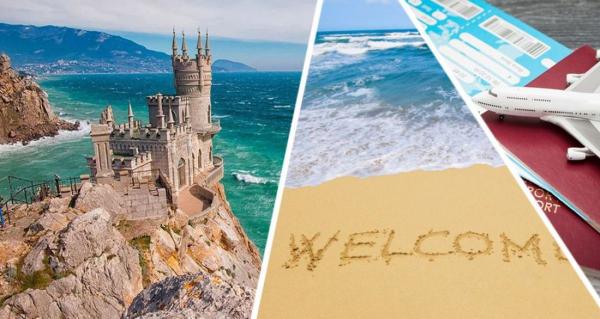 More than half of Russians are going to spend the upcoming May holidays at home or in the country. Only 8% are planning domestic tourism, of which only 2% have chosen Crimea. Such statistics about the plans of Russians for long holidays was presented by the All-Russian Public Opinion Research Center (VTsIOM).

According to the study, 55% of Russians intend to spend the upcoming May holidays at home (55%). Since the pre-Covid 2019, the share of stay-at-homes among our fellow citizens has decreased: in 2019 there were 63% of them, analysts said.

The share of those planning to spend the May holidays in the country increased by the same amount over the past year (42%) – compared with last year's value plus 8 points.
Traveling to another city/village, i.e. those who preferred domestic tourism were 8%. The resorts of the Black Sea coast of the Caucasus were chosen by 3% of our compatriots, and the Crimea – by the minimum number of Russians, only 2%. Thus, the last two destinations turned out to be less popular destinations during the long weekend.

Among the representatives of the older generation and residents of million-plus cities, every second person (49% and 48%) will go out of town. Citizens aged 25-34 (15%) and residents of both capitals (13%) reported their plans to travel around Russia more often than others.

In addition, 70% of those who plan to take a holiday in May noted that that they will be able to do it, experts said. Of these, 36% expect to partially restore their strength and 34% – completely.

“The most optimistic view is held by young people aged 18-24 (84%) and residents of Moscow and St. Petersburg (81%). Russians who plan to spend the May holidays at their dacha (79%) also hope to have a rest, while this share is lower among homebodies – 64%. A quarter of Russians believe that they will not be able to relax during the upcoming holidays (27%),” such data are indicated in the study.

15% of Russians were unlucky, as they had to cancel their vacation plans in May. During the upcoming holidays, tourists aged 25-44 will not be able to go on vacation. More precisely, the figures are as follows: 23% among tourists aged 25-34 and 20% among fellow citizens aged 25-44. One fifth (21%) turned out to be residents of Moscow and the northern capital of Russia. 11% of the villagers also lost their vacation plans.

At the same time, there were those who did not plan anything for the upcoming long weekend. They turned out to be the vast majority – 85%. This is probably partly due to the “madness” that reigns in tourism this spring. Read the details in the article “You can fly, but Russians are not jailed: a travel agent spoke about the crazy spring of 2022 for Russian tourists.”

For those who care about a healthy lifestyle, we recommend reading: “The most common symptom in people has been named with Omicron.