Russian tourists traveling to Spain for up to 90 days, among other documents, must provide proof of sufficient financial means for the intended stay or the ability to legally obtain such funds. In 2022, the minimum required amount is €100 per person per day. The information has been flagged in the official database of EULaw & home of the official EU magazine, known as EUR-Lex for short.

Recall that in the conditions of the ban on flights of Russian aircraft over the territory of Spain, you can get into the country in the Pyrenees through third countries. For example, through Cairo on the wings of Egypt Air/For details, see the article “Flights to Egypt on Egypt Air begin for Russians.”

The supply of money, or its source, may be provided to the competent authorities in the form of cash, checks, bank statements, or other resource confirming the available amount. The same requirement applies to applicants for a Schengen visa to Spain, which means that they must show evidence that they have at least €100 for each day they plan to spend in Spain when applying for a visa . For comparison: in the covid 2020, this amount was €90.

From January 1, 2022, the Spanish authorities have set a minimum interprofessional wage of €33.33 per day or €1.000 euros per month, depending on whether wages are fixed by day or month.

“…foreigners intending to enter the national territory must continue to prove that they have a minimum amount of €100 per person per day, and those who intend to stay in Spain a minimum of €900 or its legal equivalent in foreign currency, provided that they are required by the officials responsible for exercising control over entry into Spanish territory and under the conditions established by the aforementioned order,” the magazine states.

The requirements are within the framework established by the Schengen Borders Code. According to EU laws on the entry of tourists from Russia and other third countries, travelers must show evidence that they have the financial means to comfortably stay in the Schengen area.

Each country independently determines the minimum monetary threshold for entering its territory. Thus, the Spanish authorities set an amount based on the following calculation: ten per cent of the gross minimum interprofessional wage or its legal equivalent in the currency of a third country, multiplied by the number of days that tourists plan to spend in Spain and by the number of travelers whose expenses they will also cover.

The daily livelihood requirements for applying for a Schengen visa or entry are different in each EU and Schengen country. Here are some examples:

Belgium requires proof that tourists have €95 a day if they stay in hotel, and at least €45 per day – in cheaper options.

For France, the minimum daily amount of money required is €120 if the traveler does not have proof of prepaid accommodation. If the stay was paid in advance, the amount required is reduced to €65 per day.

In addition to proof of solvency, when entering Spain, Russian tourists will also be required to:

Passport valid for at least 6 months from the date of the planned end of the trip. 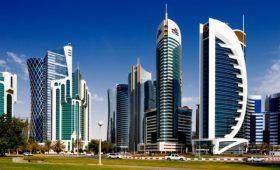 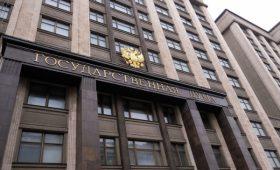