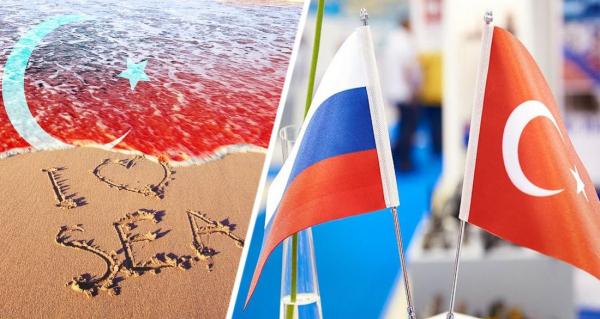 The total number of Russian tourists who came to Turkey's main resort province has fallen significantly. According to the results of the first three months of 2022, German tourists took the lead. Such data was published by the Department of Culture and Tourism of Antalya Province. Moreover, according to the same statistics, Russian vacationers began to slide down from the first place already in February, although Russia's special operation in Ukraine began only at the end of the month. Judging by the latest trends in the context of total sanctions, this decline will continue to grow.

In February, the largest number of tourists from Germany arrived in Antalya – 111,359 people. Germany was followed by Russia – 86.439 tourists. Thus, the German travelers were ahead of the Russians, who were confidently the first last year. The United Kingdom came in third with 57,609 tourists. Iran, Kazakhstan, Poland, Israel, the Netherlands, Ukraine and Jordan were the other countries sending the largest number of tourists to Antalya in February by plane.

Recall, according to the Association of Turkish Travel Agencies (TÜRSAB), due to the events in Ukraine, Turkey may lose at least 50% of the Russian market in the coming beach season. So, in 2022, 7 million Russian tourists were waiting in Turkey, now these expectations have dropped to 3-3.5 million tourists. For comparison: last year about 4.7 million Russians had a rest in Turkish resorts. Read the details in the article “In Turkey, they realized that everything is very bad with Russian tourists.”

Tourist killed by guards in Pattaya

Russian tourists will change the rules of compensation