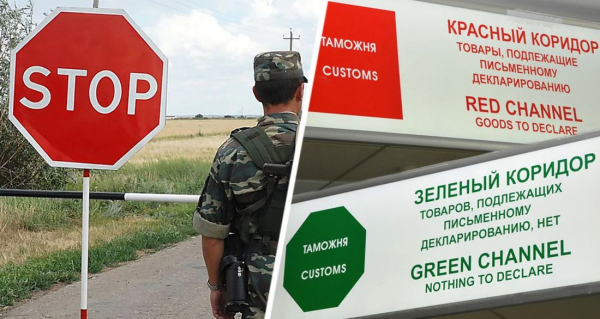 “Do not confuse tourism with emigration,” ATOR analysts urged, commenting on the quarterly report of the Border Service of the FSB of Russia for the first quarter of 2022. According to experts, tourism, albeit with specific sanctions “amendments”, has remained the main “growth driver” of trips abroad, undoubtedly reflecting many political “trends” in its dynamics.

We are talking about the data of the quarterly report of the Border Guard Service of the FSB of Russia, namely, the statistics on the departure of Russian citizens abroad in the first quarter of 2022 (January-March). According to these data, in January-March 2022, the total number of trips of Russians abroad increased by 46.75% and amounted to almost 3.9 million people. “With any purpose of the visit,” as noted separately in the report. Many media outlets, as ATOR analysts note, voiced these data as the number of those who left Russia forever in connection with recent political events. But this, to put it mildly, is not entirely reliable information.

In 2021, during the same time, this number amounted to only 2.6 million. Obviously, tourism became the first “driver” for leaving – in January-February, many countries began to lift and soften restrictions, ATOR analysts say. And in accordance with this trend, the outbound flow in the first quarter grew primarily to the countries of the “far” abroad, which, one by one, lifted restrictions for tourists. The number of trips to foreign countries (minus the post-Soviet states) increased from 1.2 million to 2.2 million, adding +77.2%.

At the same time, analysts separately emphasize that it is impossible to “calculate” from these data the number of “defectors” and even “long-term” tourists – the agency does not keep statistics on how many of those who left returned, let alone statistics on the length of stay abroad. “In May 2022, the completely usual quarterly FSB data on all foreign trips of holders of Russian passports were published. These are just statistics on the number of cases of Russians crossing the border – for any purpose, ”the analysts say. For tourism, however, a lot of interesting things “lurk” in dry numbers.

“If we take a list of the TOP-30 main destinations of the far abroad, which were open for trips by Russians in the first quarter of 2022, to which there was direct and connecting transportation, and where Russian citizens mainly traveled for the purpose of tourism, then compared to In the same quarter of 2021, the number of trips there increased from 802 thousand to 1.4 million,” ATOR experts note. That is, it was in terms of the tourist flow that the increase was 81.8%, which is almost twice as high as the average annual increase in the total outbound flow for all purposes. “We can make a confident conclusion that the driver of the growth in the number of Russians going abroad in the first quarter of 2022 was precisely tourism, and not “emigration” that is not calculated in any way from FSB statistics,” ATOR experts assessed. Many destinations rose literally “from scratch” – for example, the Dominican Republic, where regular flights and charters were allowed before its closure due to air sanctions, showed an increase “by 10 thousand times” – ATOR experts formulate, but it must be borne in mind that this is from zero, Egypt showed growth by 20 times, UAE – by 127%, etc. “The rapid growth of tourist traffic in January and February in many “winter” destinations compensated these countries for their March losses,” ATOR added.

As for Turkey, the situation here is more interesting – it is the only one of the TOP-10 destinations that showed a drop of 22.4%. The reason, according to ATOR analysts, is in unfortunate circumstances. In January, except for New Year's programs, there were no charters to Turkey, as well as in February, as a result, a smooth increase in the tourist flow could not compensate for the March collapse. And this, we note, despite all the “defectors” who actively went to Turkey. “Tourist flow from Russia to Turkey always began to grow actively in March – and therefore this country received the most severe blow from the March” sanctions “air travel crisis,” the ATOR added.

In Turkey, let's add these data commented in a quite optimistic way – despite the fall, Turkey has not moved from the first place in terms of the number of Russians who went there. It amounted to 363,849 people. Although Egypt almost “caught up”, showing a result of almost 352 thousand

Analysts are already clearly linking a couple of interesting trends to sanctions. So, in Uzbekistan in January-March 2022, an annual increase in the number of trips from the Russian Federation was recorded at the level of 249%, from 8,057 to 40,054. There is reason to believe that the main reason is the trips of Russian tourists for bank cards after the imposition of sanctions, the so-called “card tourism”. +200% of visits to Armenia is probably the same reason, although the emigration factor cannot be ruled out here.

For those who care about a healthy lifestyle, we recommend reading: “Sudden cardiac arrest: experts named places where it is dangerous wear a mobile phone.