Named the 20 most annoying passengers in the action plane 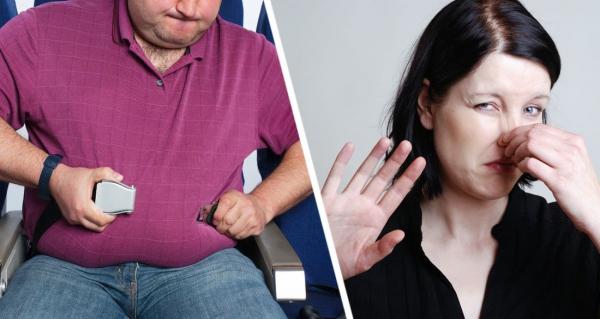 A tourist can prepare for a long-haul flight, learn to sleep on an airplane, and even deal with a fear of flying, but can't choose who sits next to him if flying alone. The British company Only Wanderlust conducted a study and compiled the top 20 most annoying actions for air travelers. The first place was taken by the so-called tactics, which are used by naughty children, but adults also successfully use them.

“Many of us are flying again after a long break due to the pandemic. Along with this comes the trials and tribulations of sharing an enclosed space with strangers at an altitude of over 10,000 kilometers. We were interested to know what is the most common irritant and where people's habit of improperly wearing masks will take place, as this is a new addition to air travel,” explained the founder of the company, Amar Hussein.

The experts interviewed more than 1,500 air tourists and each of them said that he was most annoyed in fellow travelers. Chair kicks topped the list of the most annoying things that can happen on an airplane. Most of the respondents voted for them. Psychological experts call this behavior a tactic of naughty children: kicking the seat is an old way to unbalance people.

In addition, according to the survey, women are more annoyed by body odor than seat kicks, and people aged 35 to 55 are more annoyed by loud conversations. It was also surprising that despite seat reclining being the seventh most annoying thing tourists can do on an airplane, 65 percent of people surveyed by Only Wanderlust felt they were entitled to recline their seat during a flight.

So, the ranking of the most annoying things that passengers do during the flight is as follows:

For those who care about a healthy lifestyle, we recommend reading: “The doctor revealed 12 myths about food that everyone should know.”

➔ See news on a smartphone? Subscribe to tourism news from Turprom in Google News or Google Discover: these are fresh travel ideas, travel news and collections on sales of tours and air tickets! Or subscribe to the travel news channel at YANDEX.ZEN or at PULSE.MAIL.RU. We also recommend subscribing to our News Channel in Telegram: https://t.me/tourprom