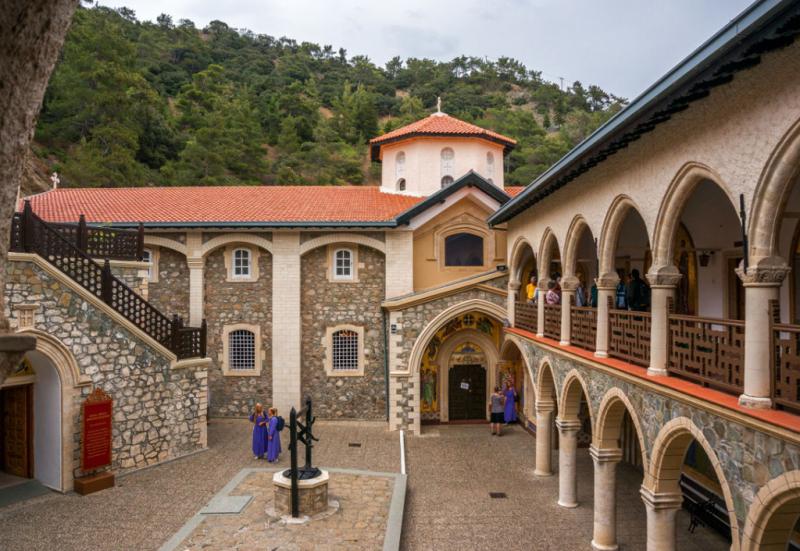 Cyprus is a popular travel destination. Fans of lying on the seashore, fans of beach parties, fans of relaxation from the all-inclusive series come here. But Cyprus is not only picturesque views, amazing cuisine and hot sand, it is also spiritual food. The culture of Cyprus is vividly represented by holy sights. There are hundreds of monasteries, churches and temples, striking in their majesty and architecture. Consider the most unusual and popular.

Kykkos is the main shrine of Cyprus

The monastery is popular due to the icon of the Kykkos Mother of God. It is believed that the apostle Luke wrote it. The miraculous icon, thousands of pilgrims flock to Cyprus every year for its sake.

The Kykk Monastery was founded in the 11th century. It is located on the Troodos mountain system, which is the highest point of Mount Olymbos. The shrine is a whole complex of buildings of different eras and styles. The monastery is decorated with mosaics and frescoes made by masters from several states.

Not far from Kykkos is the tomb of the first president Makarios. In 1926 he served here as a priest, and then as an archbishop.

There is a museum on the territory of Kykkos, which is open every day. Here travelers can see church accessories, manuscripts, icons. The music of Byzantium is played in the museum.

It is convenient to get to the holy place from Paphos and Limassol. Better to rent a car. You can also get there by bus: first you need to arrive in Nicosia, and then transfer to the bus to the village of Pedoulas.

Stavrovouni – Monastery of the Holy Cross

It is considered one of the oldest on the island. It was ordered to be erected by the Roman Empress Helen in 327. She contributed to the spread of Christianity in Cyprus.

The shrine of Stavrovouni is the cross of the criminal who was crucified next to Jesus and repented of his sins. Tradition says that an angel appeared to Elena, who was waiting out a storm in Cyprus, and ordered to build a monastery on a mountain. The Empress had a piece of the Life-Giving Cross with her. Helen put the relic into the cross of the prudent robber, who, according to legend, hovered over the Troodos. Later, a monastery appeared on the top of the mountain.

Despite the fact that, according to legend, the shrine was founded by a representative of the weaker sex, women are not allowed here. Stavrovouni is a monastery, so this place is not suitable for a family visit. For a gentlemen's company, the entrance is open. Monks living in Stavrovouni produce incense. Masters who paint icons work here.

It is convenient to visit the shrine with a guided tour. For travelers who are well versed in the area, a car is suitable. Public transport does not run in Stavrovouni. 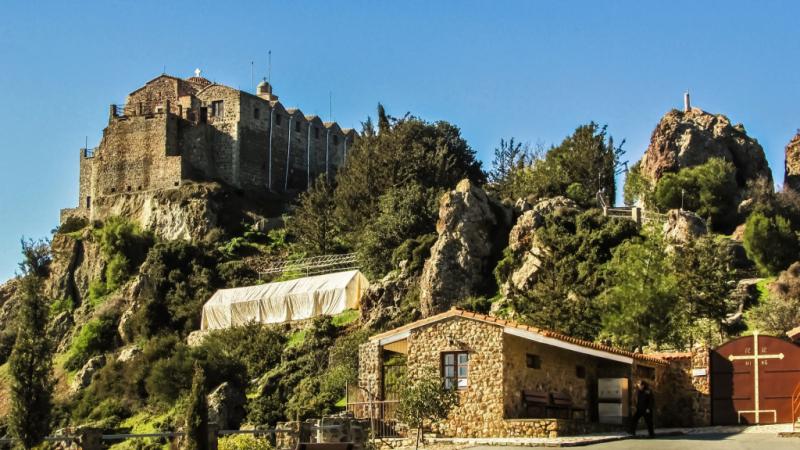 The Monastery of St. Nicholas Koshatnik is an unusual place in Cyprus

The object is located near Limassol. On the island, this is the most “respected” monastery among … cats. In the fourth century, Cyprus was filled with snakes, and all the same Roman Empress Helen instructed to get rid of them. For this, about a thousand cats were brought to the island. For several years, furry comrades coped with creeping reptiles and became favorites of local residents.

The cats found a home in the monastery of St. Nicholas. Initially, it was male, and the monks looked after furry hunters. There are many legends associated with Cypriot cats. According to one of them, animals went to catch snakes at the stroke of the bell, and returned along it.

In the 20th century, the monastery became a convent for women. The nuns still take care of the tailed inhabitants today. Today, about a hundred cats live here.

On the territory of the monastery they sell souvenirs and olive oil, which is prepared from the local harvest.

It is better to get to the holy place, as well as to most of the monasteries in Cyprus, by car. However, you can take a bus to the village of Akrotiri, and from there walk three kilometers. 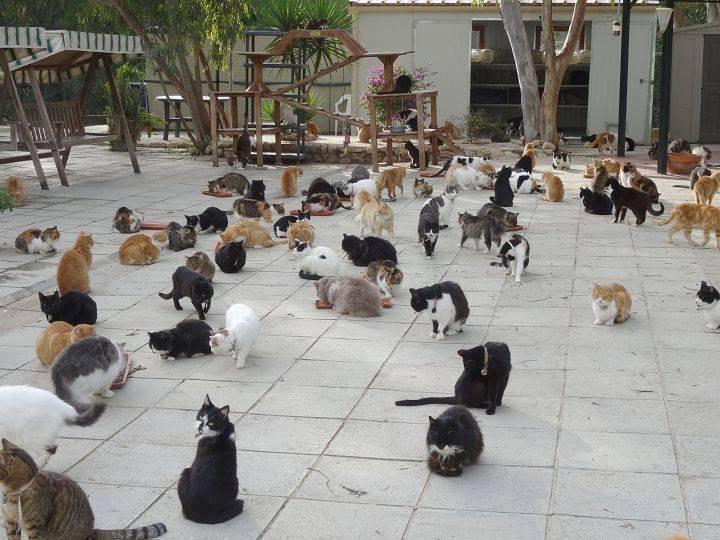 Church of the Friend of Christ – Church of St. Lazarus

This is an interesting Orthodox church, which is located in Larnaca. The temple appeared in the 9th century and is still operating today. The main relic of this place is the tomb with the relics of St. Lazarus, who was once resurrected by Jesus Christ. The remains of Lazarus were found in 890. Today, any pilgrim and traveler can venerate them.

The temple is made in a rare architectural style – early Christian. The building is made of stone, with three naves and domes, a high bell tower and small windows. The iconostasis of the church is covered with gold and includes 120 icons.

There is a crypt in the temple, where parishioners are allowed to go down and wash themselves with holy water. There is also a museum here, where you can see church books, robes, icons, etc.

You can get to the holy place by car. Route B4 will be the reference point. On an intercity bus, you need to get to the Finikoudes stop and walk a little. There is also a city bus number 425, it reaches almost to the place. 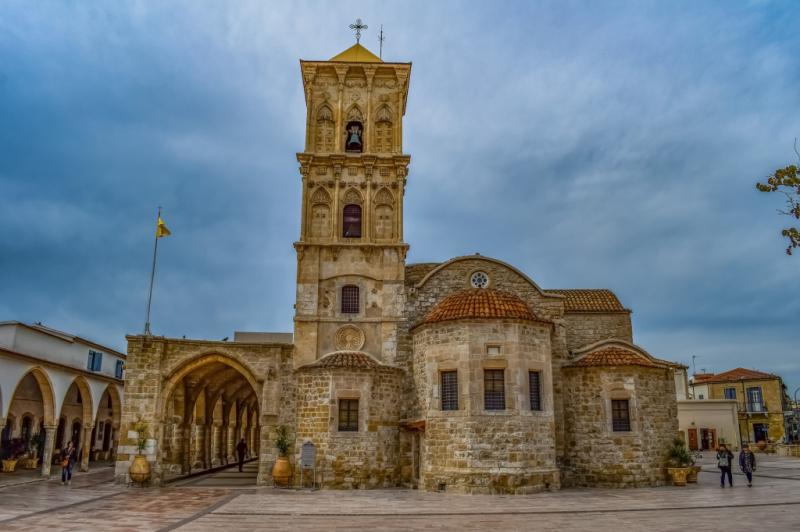 Holidays in Cyprus are a great opportunity to combine beach relaxation with spiritual needs. From May 10, tourists from Russia vaccinated with the Sputnik V vaccine can enter the island without a PCR test. The rest must be examined 72 hours before departure.

If you have not decided where to relax this summer, explore tours to Cyprus. 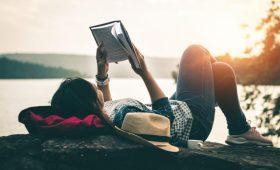 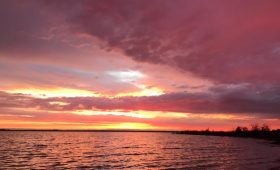 Raspberry lake in the Altai Territory. My history 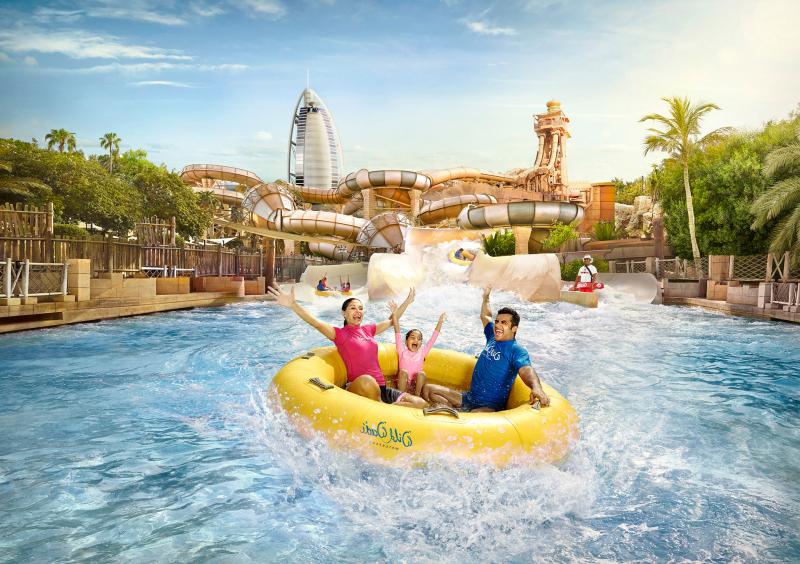 Top 5 Amusement Parks in the UAE