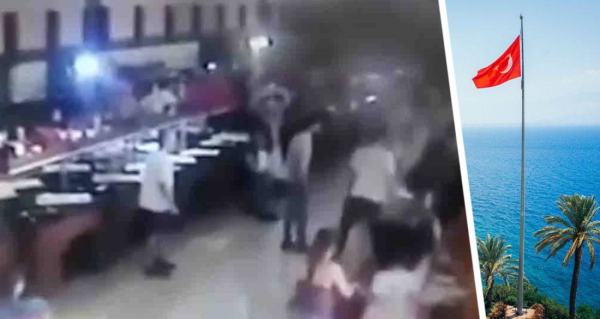 Seven thousand euros for waiving claims – such a “bill” was issued to the owner of the hotel by foreign tourists who started a fight with him in one of the hotels in the Manavgat resort in Antalya. According to local media, the fight was broken up by the police, while both sides were involved in the presentation of claims.

The conflict broke out between foreign tourists in a 5-star hotel in the Chenger district and the owner of the hotel. Moreover, there were a lot of tourists – the media claim that there were up to 60 people in the group. The reason for the conflict was also explained in a strange way – allegedly the tourists “stood and filmed everything on the phone instead of entering the pool or the sea from the moment they checked into the hotel.” It seems that the tourists did not like something in the hotel and they wanted to fix it on video, which the owner did not like.

As a result, the group quarreled with the owner of the hotel. During the scandal, tourists knocked over tables and chairs in the hotel restaurant.

The owner of the hotel, who claimed that tourists were attacking him, contacted the Chenger gendarmerie and called the police. Next came the trial. During which tourists declared that they would give up their complaints about the hotelier in exchange for the hotel owner paying them 7,000 euros.

For those who value a healthy lifestyle, we recommend reading: “Rheumatologist said how to treat rheumatoid arthritis naturally.

By May 2023, entry into the EU will require registration in the ETIAS system

In Abkhazia, they decided to lure tourists with huge discounts on hotels