Skip to content (Press Enter)
Home>Tourism News>It was decided to demolish the hotel in the Turkish resort, despite the presence of tourists in it 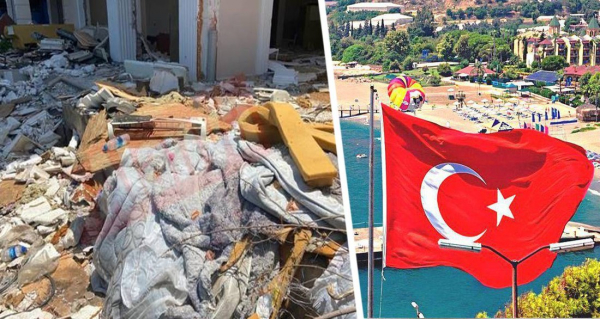 In the resort of Alanya, a scandal erupted between local authorities and hotel owners. The reason, according to Turkish media, is the decision to demolish one of the resort's hotels in the middle of the season – in which there are tourists' reservations. According to hotel owners, the season at the resort is not going too well anyway, and massive construction work and such an approach to tourists will disappoint them even more.

The fact is, the media explain that the Ministry of Culture and Tourism every summer introduces a ban on construction in resorts from May 15 to October 15. The main goal is not to have a negative impact on tourism activities in Alanya, and in all tourist regions.

The stumbling block was the hotel located on Meteorologiya Street in the Kizlarpinari district of Alanya, it was decided to demolish it in the middle of the season, despite ban. This caused a major scandal.

Other hoteliers in the area, who said the tourist season is already going badly, are confident that tourism will be hit hard by the eventual disruption. Fatma Üstün, one of the hotel owners in the region, commented: “The tourist season is already going badly this year. We don't want the hotel to be demolished in the middle of the season. Tourists come here from abroad for holidays. The victims of this situation will be both tourists staying in our hotels and ourselves.”

For those who care about a healthy lifestyle, we recommend reading: “A scientist explained the benefits of drinking water before bed.”< /p>

Anex postponed its programs in Turkey, and this is good news