Skip to content (Press Enter)
Home>Tourism News>Is a total ban on Russians from the EU on travel to Europe possible?

EU countries discuss coordinating the application of the Schengen rules for Russians -poezdki-v-evropu-8008e8d.jpg” alt=”Is it possible for Russians to be completely banned from traveling to Europe” />

EU member states are discussing among themselves the procedure for applying of the Schengen rules for Russian citizens, developments and coordination of their actions, said the official representative of the European Commission (EC) Anita Hipper.

“Discussions are going on at the EU level between the Member States. The recommendations of the European Commission on the application of the rules are being studied, the consulates are discussing this. And we are in contact with the Member States to see the level of implementation of the decisions taken and our recommendations. But it is especially important to have confidence that they are being taken properly coordinated action,” the spokeswoman said Thursday at a briefing in Brussels.

Journalists drew her attention to the fact that Finland and Latvia are raising the topic of streamlining the application of the Schengen Code, not wanting to be transit countries for Russian tourists who have received visas from other EU states, and that there is not enough coordination in this direction.

“Responsibility for issuing or not issuing visas rests with Member States, which make decisions on an individual basis. And only they can restrict the issuance of visas to Russian citizens,” Hipper said in response.

According to her, EU countries, in accordance with the recommendations of the EC, should consider specifically each request for a visa and may refuse in cases of a possible threat to public health, internal security or international relations.

Hipper recalled also that the Russian side has significantly reduced the staff of the consulates of the EU countries in the Russian Federation, which further complicated the situation with the issuance of visas.

At the same time, answering the question about the possibility of stopping the issuance of tourist visas to Russians by the EU countries , the representative of the EC noted that it is important that in each case the Member States comply with their international obligations.

“There will always be categories of people who should be issued visas. We mean humanitarian cases, family members, journalists and dissidents,” Hipper explained.

At the same time, the spokeswoman noted that the EU partially suspended the visa facilitation agreement regime with Russia. But this decision, she clarified, affects businessmen, diplomats, officials, but does not concern ordinary citizens. 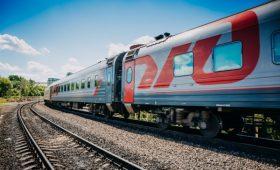 Russian Railways will return money for tickets to mobilized Russians

Named the future of tourism in Italy

Russian tourists have found an alternative how to get to the Crimea against the backdrop of a closed airport, without a train and personal transport