Indonesia delays entry fee for Komodo Island, which known for being home to giant lizards known as Komodo dragons. This decision was made after a strike by tour operators.

In 2019, the authorities of the Indonesian province of Nusa Tenggara planned for a year, starting in 2020, to close Komodo Island, which is part of the national park of the same name and UNESCO World Heritage Site.

They wanted to do this in order to preserve Komodo monitor lizards, one of the few living creatures that appeared more than a million years ago and live to this day. On the island, during the closure, they planned to recreate the savannah ecosystem, create information centers and route monitoring centers.

However, the island was not closed. Instead of such a measure, it was decided to dramatically increase the fee for visiting the national park, which, in turn, would lead to a natural decrease in the tourist flow to the island and, as a result, the gradual restoration of the Komodo ecosystem. Recall that according to the results of 2019, according to the Ministry of Tourism of Indonesia, Komodo Island was visited by 222 thousand tourists.

According to the latest reports, from January 2023, an annual membership fee of $252 will be charged instead. This was recently announced by Gusti Khendriyani, a representative of the Ministry of Tourism and Creative Economy. She added that the delay is in line with public expectations.

Indonesia Tourism Minister Sandiaga Uno added that the strike was called off after a meeting between local authorities and protesters. Reports say that as the authorities imposed the new fee, tour operators and workers in Labuan Bajo, the city on the island of Flores where most visitors to Komodo stay, went on a month-long strike.

Previously, local visitors were charged $5 to enter, while foreigners were required to pay $10, but the new prices did not offer single entry.

If the reports are released, the government is keen limit visitor numbers as part of conservation efforts: however, tour operators have called for the old pricing structure to be restored, saying the new fee system is hindering their business as many potential tourists have canceled their bookings.

Komodo Island is a popular tourist destination in Indonesia, home to over 5,000 rare giant lizards, and has been listed by National Geographic as one of the top 10 destinations in the world.

Reportedly, as the island has attracted over 10,000 visitors per month, the government originally planned to restrict access to Komodo Island in 2018.

In addition, last year the International Union of The Nature Conservancy (IUCN) said the island is increasingly threatened by the effects of climate change. 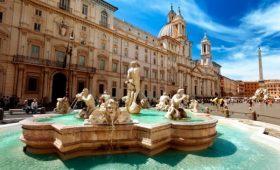 Mass protests began in Phuket: the authorities called for capitulation