Skip to content (Press Enter)
Home>Tourism News>In Vietnam, they realized that Russian tourists can no longer be expected 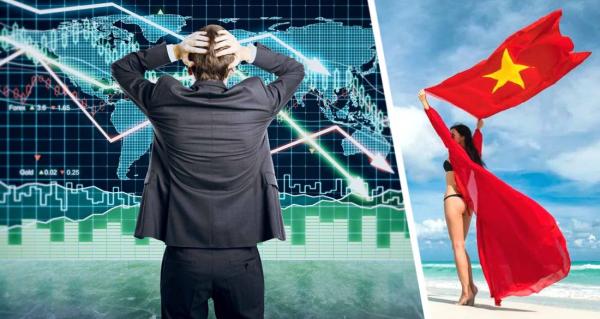 The mass “Russian tourist” can no longer get to the beaches of Vietnam, and local hotels realized that travelers from Russia can no longer wait. For example, a five-star hotel in Vietnam spent thousands of dollars upgrading facilities for its Russian guests who never showed up, Busines Insider reported. “This is something that no tourism manager can foresee,” said the hotel's CEO.

The MerPerle Hon Tam Resort is located in the popular coastal city of Nha Trang, a city often referred to as “Little Russia” due to the large number of Russian visitors it receives each year, according to Bloomberg. This family-run hotel has already felt the inexorable effects of the pandemic over the past two years, the publication reported, as the tourism sector has been hard hit by government restrictions.

According to the World Travel and Tourism Council, nearly 200 million tourism jobs are projected to have and will disappear due to the COVID-19 pandemic. In addition, the world's largest travel group TUI reported that the number of bookings in Europe fell by 81% from June 2020 to early August compared to the same period in 2019, according to CNN.

However, the resort had high hopes for tourism as travel is picking up again with the loosening of COVID-19 regulations. In preparation for the new season with Russian tourists, the hotel has spent almost $44'000 (RUB 3.8 million) on facilities upgrades. According to Bloomberg, the company purchased therapeutic mud for baths, planted trees and diversified the restaurant's menu. However, it would seem that everything was in vain, because. Russian guests never arrived after the start of Russia's special operation in Ukraine.

Travel and expenses have become especially difficult for Russians due to the imposition of foreign sanctions for a number of reasons:

Referring to his hotel, the hotel director noted that before pandemic, more than half of the guests were Russians. “Then a special operation began,” he complained to Bloomberg. “This decline in revenue affects our ability to pay staff and pay for services.”

The absence of many Russian tourists is also felt in Thailand. In January, Russia accounted for 17% of international arrivals to Phuket, the country's main resort island. So, one of the business owners from Thailand told the publication that his friends in the hotel business, who were based on the island, said that since the beginning of the events in Ukraine, the number of tourists has decreased by 20%. Most of them were Russian, or at least Russian-speaking.

For those who care about a healthy lifestyle, we recommend reading: “Doctors called the foods you need to eat at night to sleep well.”