Hurghada hotels have raised prices by 25% 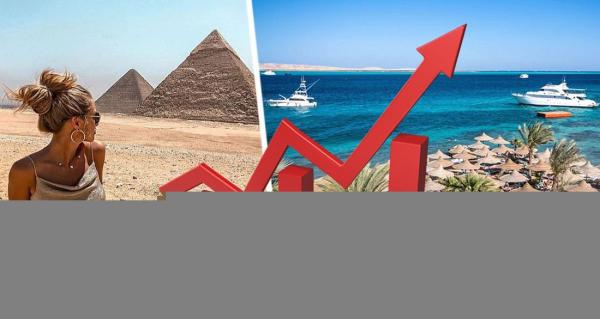 From 6'300 rubles to 24'000 rubles in terms of Egyptian pounds – this is the price range offered by hotels in Egyptian Hurghada during the holiday weekend of Eid al-Fitr (Turkic version – Uraza -Bayram), which believers will celebrate in 2022 on May 2. This is about 25% higher than normal days.

A number of resorts in El Gouna, Sahl Hasheesh and Makadi announced that during the celebration of the Islamic-Arab holiday, they are operating at full capacity and hotels are loaded to the maximum, despite the price hike. According to the local newspaper Al Masri al Yum, hotels and resort villages in general compete to attract the largest number of holidaymakers, most of whom are Egyptians themselves. Hotels need domestic tourists to partially offset the sharp decline in foreign and domestic tourist traffic in recent months, following the decline in the number of Russian and Ukrainian travelers. However, hoteliers have decided to accept children under 12 for free in order to attract the largest number of Egyptians.

Prices for double rooms in five-star hotels are fixed at around 24,000 rubles for all-inclusive accommodation and 31,500 rubles for family rooms in hotels in the areas of Abu Musum Makadi, Sahl Hasheesh and El Gouna, which attract wealthy tourists and celebrities. Increased demand for these objects is observed so far only from the Egyptians, and not the main markets, which until recently were Russians and Ukrainians, the administrator of one of the hotels told the publication.

Reference: Id -al-Fitr (Eid al-Fitr among the Turkic peoples) is one of the most significant religious holidays following the end of the holy month of Ramadan. It is recommended to celebrate this day at home and with the family to spend an evening of breaking the fast. The word “fitr”, which is translated as “the end” or “breakthrough”, means the end of the fast. On this day, Muslims forget past grievances, forgiving each other, and celebrate Eid al-Fitr at a table full of sweets and other delicious dishes.

For those who value a healthy lifestyle, we recommend reading: how different types of alcohol affect fat deposition.