Due to the closure of the sudden air connection with Azerbaijan, which I went to snowboard in February-March 2022, my company almost got into the register of unscrupulous suppliers (RNS). I want to share my experience, maybe it will be useful to someone. I’ll get ahead of myself right away, this is not an advertising order, but a real situation that happened to me.

I had to conclude a contract for the auction FZ 44 before 11:59 pm on March 16, 2022, but by coincidence it was not possible to sign it, although everything was ready – the auction was won and a bank guarantee was issued, but it was not possible to sign the contract due to a malfunction of the electronic signature. There was no way to reissue it quickly either, because I was stuck abroad at that moment and returned only the next day, after the regulated signing period.

Result: the contract was not signed. On March 17, the status in Sberbank AST changed to avoided.

The next day, March 18, information about my evasion appeared in official services, and in the morning law firms started calling me with offers to help me with not getting into the RNP. As a result, I roughly understood the approximate scheme of actions, and decided to use the services of one of the companies. There are many subtleties and they know about them, and when time is limited, it is not the most logical decision to figure it out on your own. It was the right decision, now at least I understand the chain of actions. Below I will sign it:

In general, the scheme is as follows:

The main thing. If you understand that you will not be able to sign a contract, you need to show your intention to conclude it. The main one is to ensure the performance of the contract, in my case, this is the execution of a bank guarantee. I issued it before the regulated deadline for signing the contract – this saved me. This is the most important argument for the FAS, according to my lawyers.

In addition, you need:

Attached to the explanation were:

The notice said that they were waiting for an explanation until 10 am on March 23, and was The deadline for consideration of the submission is March 24. I collected the entire set of documents: An explanation to the OFAS, a notice, a power of attorney and a petition for a lawyer, and a list of documents that the lawyers said to attach.

In the email, it was required to indicate “Explanations from LLC” in the title. …. “to the commission on RNP 44-FZ

The body of the email had to include:

“Hello! Attached are explanations and supporting documents to it. The full name of the lawyer will represent interests at the commission remotely., the power of attorney is attached. ”

It was also necessary to attach to the letter unotice of the meeting so that the letter was handed over directly to the executor.

And the last step remained – at the appointed time, go to the computer for remote consideration of the submission. I took the link from the notice. There was a representative of the OFAS, my lawyer and I. As a result, they did not include us in the RNP. But the auction was canceled, and the request to sign the contract was refused.

I hope my experience will be useful. Lawyers cost 20,000 rubles.

We invite you to spend the weekend of May 21-22 away from the bustle of the city, in the wonderful energetically strong city of Kalyazin, Tver Region. 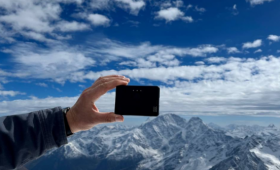