There are versions of its origin and symbolic interpretation a bunch of. Here are a few.

According to one version, the red color of eggs could have its origin in Greek history. Allegedly, the eggs that were laid by the chicken that belonged to the mother of the commander Alexander the Great on his birthday had a red color. egg-shaped brazier.

There is also a legend about Mary Magdalene and Emperor Tiberius, according to which Magdalene came to tell the emperor about the resurrection of Christ and brought a red egg with her in confirmation. Her sermon touched the heart of Tiberius, and he decided not to persecute Christians. In memory of this event, Christians give each other red-colored eggs.

But all these versions have no real evidence. 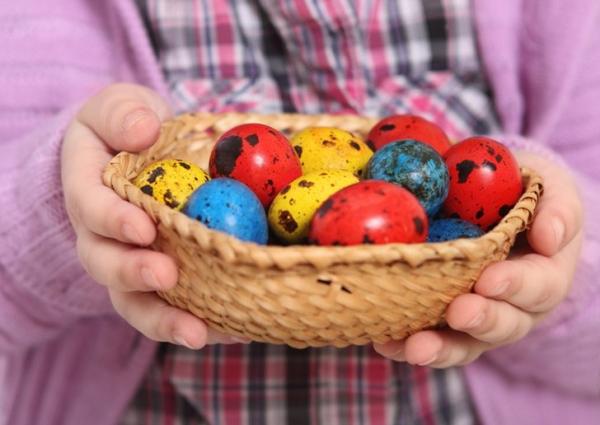 Most likely, the tradition of eating eggs at Easter is associated with a more prosaic ritual. Typically, the Romans began their meal with eggs, then vegetables and meat dishes were served on the table, and finally fruits. From here, for example, originates the Latin expression ab ovo usque ad mala – “from eggs to apples”, that is, everything in a row, from beginning to end.

According to the Roman poet of the early Christian era, Aurelius Prudentius Clement (348 – after 405), Christians abstained from eating eggs throughout the fast, limiting themselves to eating vegetables. Only on Easter, for the first time after Lent, was a full meal served. And of course, it began with eggs.

The use of colored eggs among other peoples is associated with the celebration of the arrival of spring. For example, it is customary for Iranian and Turkic peoples to give each other red-colored eggs on the day of Navruz (New Year).

A similar tradition exists in China. Today it is associated with Christianity. But its history is rooted in the deep past, in the era of the Zhou dynasty (1122-255 BC). Back then, on the Qingming Festival, it was forbidden to light a fire for three days. And since in such circumstances it is impossible to cook hot food, the people stocked up on boiled eggs. It was customary to send a supply of hard-boiled eggs to friends. Over time, this custom was forgotten and revived only with the advent of Christianity in China.

In Greece, Easter eggs are decorated with special bread – tsureki.
The remains of the tsoureka are never thrown away, but dried and eaten like crackers

Recipe by Georgios Kalogerakis, chef of the Moscow tavern Kalispera

For how many people: 15
Preparation time: 2 hours

Knead the dough until it becomes plastic (20 minutes). Put the finished dough in a greased bowl, cover with a towel and leave for 20 minutes.

Dough divided into four parts. Brush your hands with butter and shape into three long sausages. Use the fourth part to form a flat top-stand. Braid three parts into a pigtail, put a strip on top of it.

Transfer the bread to a greased baking sheet, put it in the oven for 15 minutes, preheated to 50 degrees. Remove from oven, brush with egg and sprinkle with sesame seeds.

Wash 5 raw eggs. Make holes in the surface of the dough and set the eggs in them. (After baking, remove the eggs, you can use them for salad.) In the oven, preheated to 220 degrees, put the tsoureki, hold for 10 minutes, then lower the temperature to 200 degrees and hold for another 30-40 minutes.

Ready tsoureki leave for 20 minutes, cover with a towel. Place separately boiled and dyed eggs in the recesses on top.

1 of 3Kun N.A. "Legends and Myths of Ancient Greece"Get a Quote

3 of 3Easter homemade table. Dishes for Great Lent and EasterGet a price