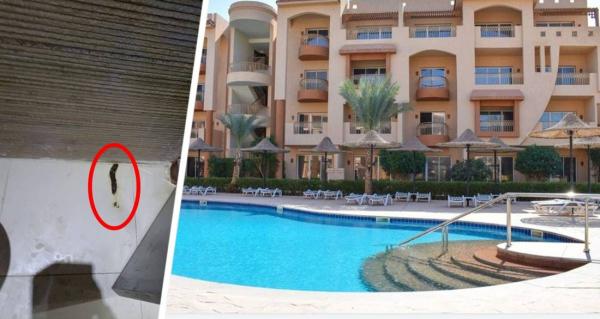 A family of foreign tourists went on their dream vacation to Egypt, but got into a hygiene nightmare associated with lack of security. Details of the story that took place in July of this year were published by the Daily Star portal.

A couple of British tourists with two children bought trips to Sharm el-Sheikh for 126 thousand rubles in terms of British pounds in a luxurious four-star hotel Parrotel Aqua Park Resort. However, a week before departure, they were informed that upon arrival they would be accommodated in a three-star hotel. The travelers did not agree to this proposal and, after studying photos on the Internet, they opted for accommodation in the five-star Parrotel Lagoon hotel. Tourists booked a room directly with the hotel. They spent the last seven days before the flight in anticipation of a great holiday.

But the reality turned out to be very far from what was in the pictures that promised heavenly pleasure. At the scene, the family found not only bare wires sticking out of the wall and broken sun loungers, but also real feces on the floor in a public toilet. The newly minted guests of the Egyptian hotel took the appropriate pictures on the camera phone to present them to the hotel administration.

According to the British, their problems did not end there. Having gone to the pool, the daughter of tourists hit a pin with her bare feet and injured her limb. The family also noticed broken sun loungers with splinters sticking out of them.

“I have never seen such a terrible hotel in my life. We have gone on holiday many times and stayed in good and bad hotels but this one was by far the worst. The hotel was dangerous, the rooms had bare wires on the plugs and hair dryers, the rooms were dirty. This was the first holiday we booked in four years due to the coronavirus and we were hoping for a relaxing holiday to spend time with family but it didn't happen. The pool toilets were a health hazard, they were covered in feces and urine all over the toilet and floor. This clearly did not contribute to relaxation, ”the woman explained. In addition, she claimed that the hotel served “raw chicken with blood”, because of which the couple suffered from diarrhea for four days.

An EasyJet representative commented on the situation: “For us, nothing is more important than to provide an unforgettable stay, so we are very sorry to hear that tourists are disappointed with the hotel during their recent trip to Egypt. We have recently become aware of issues with this particular property and have taken steps to ensure that our clients at the resort and those who will soon be traveling can have the best possible holiday experience. Our team is in touch with the family to learn more about her vacation and see what we can do to apologize for their experience.”

For those who care about a healthy lifestyle, we recommend reading: “A gastroenterologist told how to deal with food poisoning at home.” 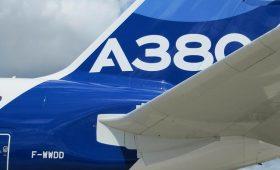 A real Airbus A380 will turn into a luxury airport hotel

Popular Phuket beach closed to tourists due to shark attack