Kobakhidze: Georgian authorities have no reason to revise the visa-free regime for Russian citizens dlja-grazhdan-rf-f9c8f3a.jpg” alt=”Georgia does not intend to introduce a visa regime for citizens of the Russian Federation” />

Chairman of the ruling Georgian Dream party Irakli Kobakhidze says that Georgian authorities have no plans to revise the visa-free regime for Russian citizens.

“We have no reason to revise the visa-free regime for Russian citizens visiting Georgia, adopted by the previous authorities. Today we see no risks while Russian citizens are with us, so there is no need to revise this regime,” Kobakhidze said at a briefing on Thursday.

According to him, the demands of the Georgian radical opposition to introduce a visa regime for Russian citizens are “speculation”.

“These radical opposition speculations are propaganda related. The current authorities are interested in eliminating any risks associated with the presence of Russian citizens in Georgia, and everything is under the control of the relevant authorities,” Kobakhidze said.

The decision on the visa-free stay of Russian citizens in Georgia in during the year was adopted under the rule of President Mikheil Saakashvili. 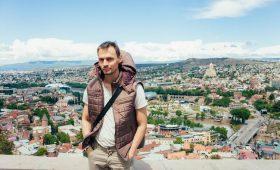 The prices are such that the eyes on the forehead climbed: the Russian spoke about the real situation in Turkey

Another airline, again Turkish, begins to carry Russians to Turkey