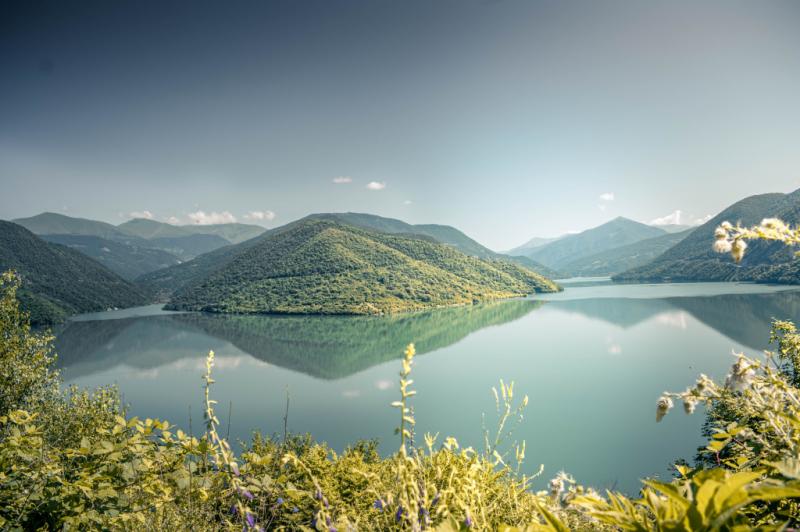 The most talked about news of recent days: Georgia opens! The previously announced rule “Entry for tourists only with a vaccine against COVID-19” no longer works: from March 1, all you need to do is present a negative test.

How to get to Georgia now? Only by air: the land borders of Georgia are still closed for entry. At the same time, there are no direct flights from Russia, so look for a flight with a transfer in Minsk or Istanbul. But you can leave Georgia “on the ground” to Russia without hindrance: you will find yourself in Vladikavkaz or Derbent.

What restrictions are being lifted?Surprisingly, almost everything: from February 25, transport links between cities will start working, museums will open from March 1, and restaurants and ski resorts will return to life from March 8. The only thing so far in Georgia is a curfew: from 21-00 to 5-00, but they say that this restriction for tourists will soon be removed.

What about the weather?Georgia in spring is a great idea. March is the ideal time for skiers: below + 15 ° C, and there is snow on the slopes. April is the time of flowering in the valleys and snowmelt in the mountains, the temperature can rise to +20. In May, the most daring travelers already plunge into the sea, and the less daring ones explore those sights where it will be too hot in summer. 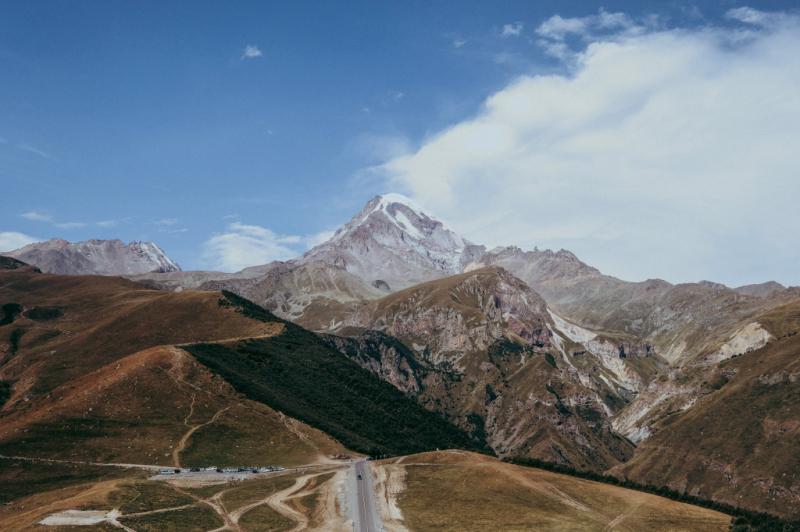 Where to go and what to see in Georgia?

< p>Old Tbilisi has left the pages of the classics: it is spicy, viscous and completely intoxicating. The sights of Tiflis change its appearance in every district: somewhere the city is brilliant, with European chic, like on Rustaveli Avenue, and somewhere old and slow, like in the areas of Matsminde and Sololaki. Carved balconies, almost St. Petersburg front doors, curved staircases, low houses – all this is Tbilisi. In the middle of the city there is a funicular and a cable car, adjacent to the Narikala citadel and the red churches characteristic of Georgia. Give the city a few days, but be careful not to fall victim to its charm: there are still many interesting places in Georgia. 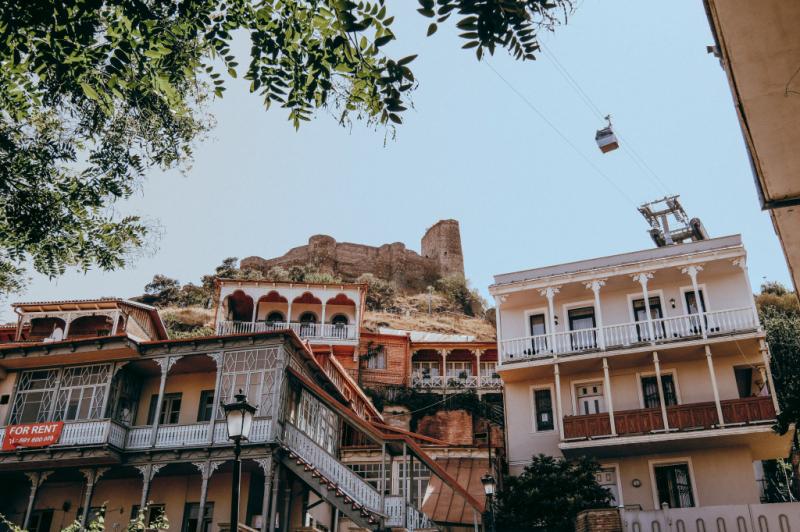 One of the oldest cities in Georgia and at the same time one of the most visited holy places in this country. Visit the Jvari monastery, from where you can see a fantastic view of the confluence of two rivers – the Kura and Aragvi, go to the Svetitskhoveli Cathedral, where the Chiton of Jesus Christ is located, and look into the Samtavro Monastery. 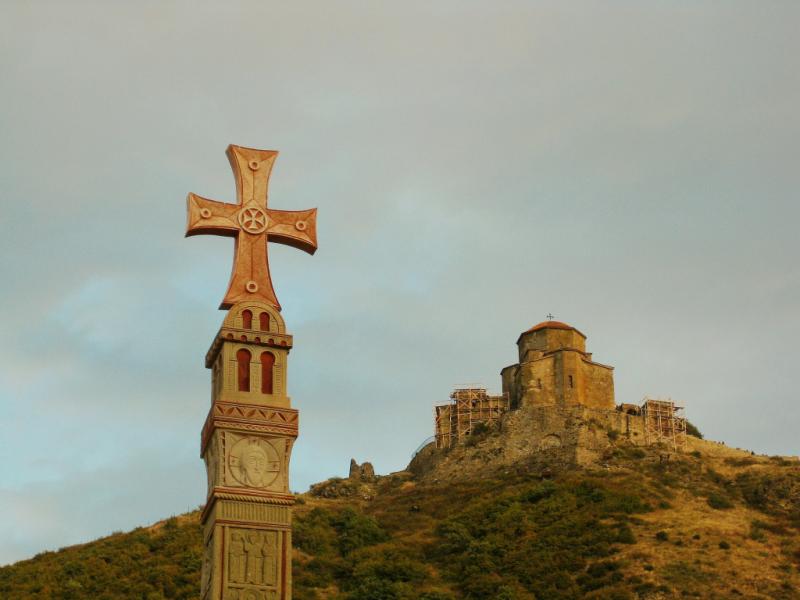 The cave city of Uplistsikhe arose on the slopes of the mountains about 2 thousand years ago and is a system of caves and tunnels. Between him and the Christian Mtsekhta there was a long war for the choice of religion, which ended in the victory of Christianity. Now, on the site of the pagan temple, the Uplistsuli temple rises, to which a narrow road carved into the rock leads. The city is an archaeological monument reminiscent of the Crimean Chersonese with its ruins.

A trip to Uplistsikhe should be combined with a visit to Gori, where I.V. Stalin: a memorial museum has been organized in the city. 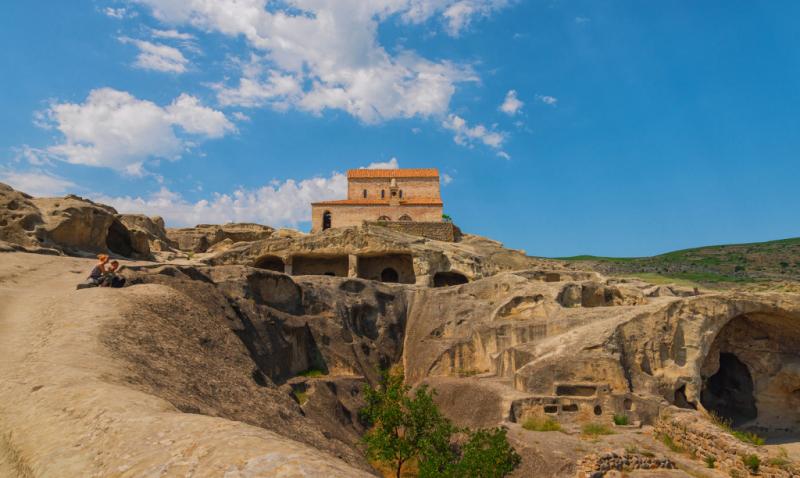 Georgian Provence: come here to relax in the spring to take aesthetic shots in the lavender fields. Here they will feed you with cheese, drink wine and treat you with lavender desserts. If you come to Kakheti not for the sake of this lilac veil, you will also find something to see: the “city of love” Sighnaghi with a round-the-clock registry office and the museum of the Georgian artist Niko Pirsmani, as well as the Bodbe Monastery. 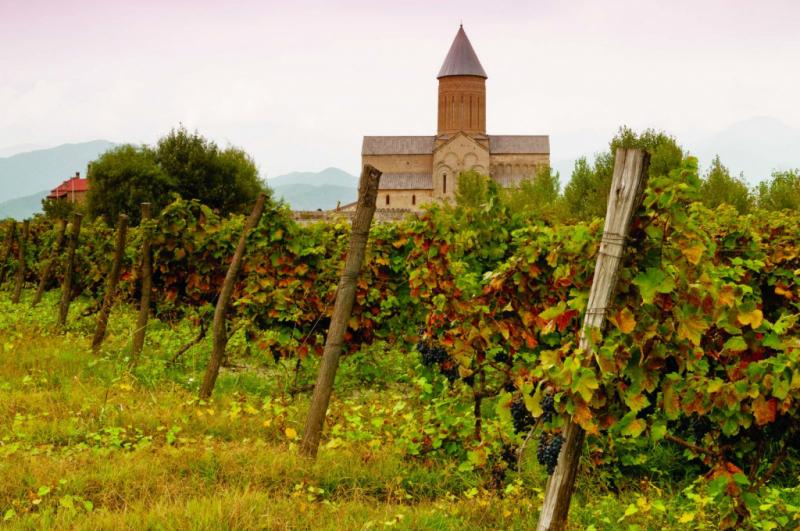 The most remote non-tourist part of Georgia and the most mountainous. Here – for glaciers, rhododendrons, waterfalls and mountain lakes. It is here that the developing ski resort of Hatsvali is located, which will surely “drop in” to all those who are looking for an atmosphere and solitude in the resort, and not the opportunity for long uninterrupted skiing – you must admit that the popular Gudauri is not suitable for such purposes.

Go to Georgia in April.

What else to do in Georgia ?

If you are in Georgia for the first time, do not avoid the national cuisine. Try khinkali – you have probably seen these dumplings, shaped like onions, and khachapuri – cheese boats made from egg dough. For those who are serious: meat and chicken stews – chakhokhbili and satsivi. All dishes have some kind of unique taste – apparently, the point is in local spices – cilantro, hops-sumeli and basil … and the atmosphere of the mountains, of course. 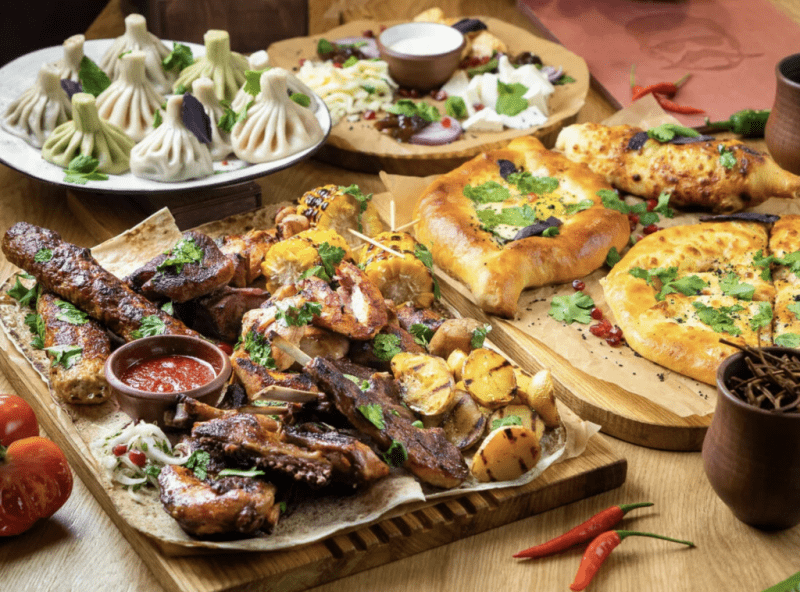 Mountains await both in summer and winter. Trekking in Svaneti can end with a full-fledged ascent to Tetnuld, whose height is almost 4900 m. Another alluring peak is Kazbek with its 5047 m. Views of the Caucasus open from these peaks, and the height and passes are a little breathtaking. If you love mountain climbing, include Georgian heights in your summer plan. 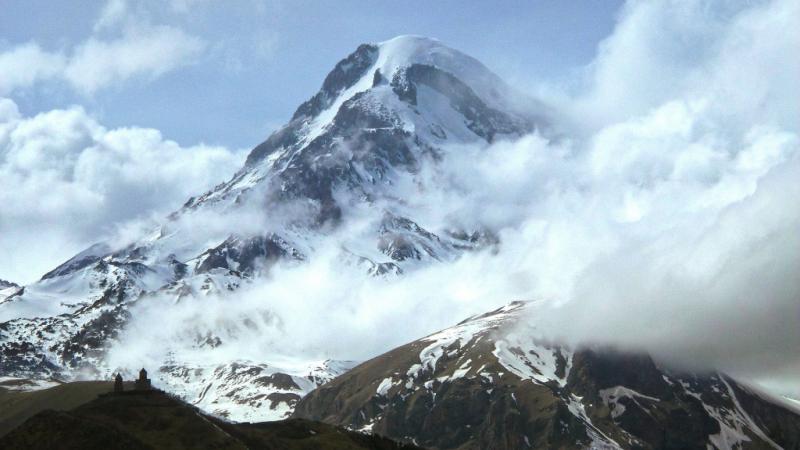 The caves in these parts are an example of how two myths intertwined: Caucasian legends and Greek legends. It turned out that somewhere in the Sataplia National Park many centuries ago a prisoner was imprisoned – either placed on a mountain, or chained to a rock and tormented by an eagle … In any case, the beauty of karst caves is undeniable: if you have not been to any, take a look . 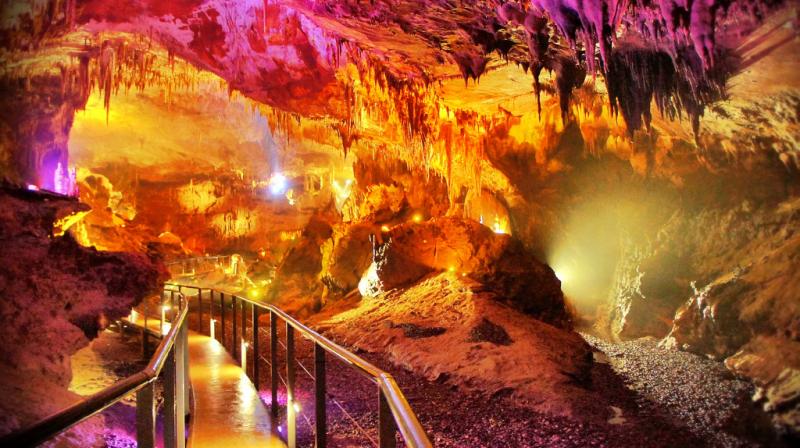 4) Soak up the sea in Batumi

In May, the summer season begins in Georgia, and all the best beaches for recreation are in Adjara, near Batumi. In order not only to stick to the blue of the waters and walk through the botanical garden, visit the Gonio fortress with an age of about two thousand years and the beautiful bridge of Queen Tamara in the mountains. 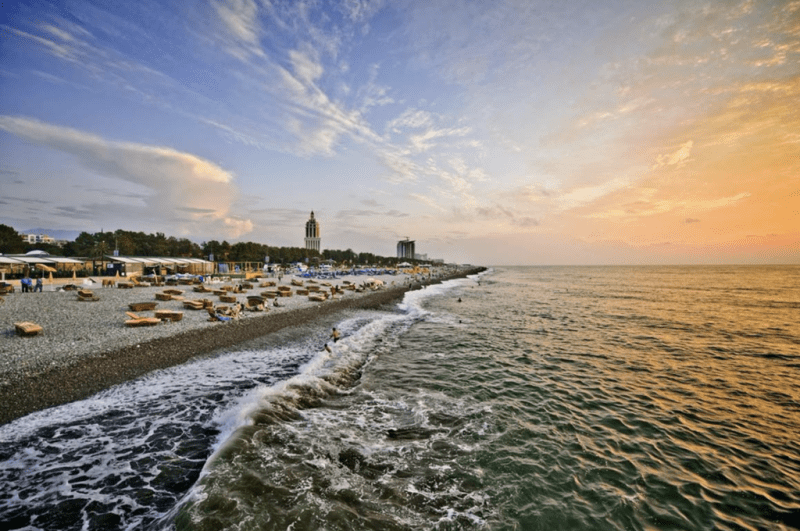 5) Drive along the Georgian military road

All unusual routes in Georgia include this path among the mountains, past Kazbek – it was on it that travelers from St. Petersburg passed in the 19-20th century. At the end of the path, you will climb to the Gergeti Trinity Temple and wow-views from it to Russia and Georgia. 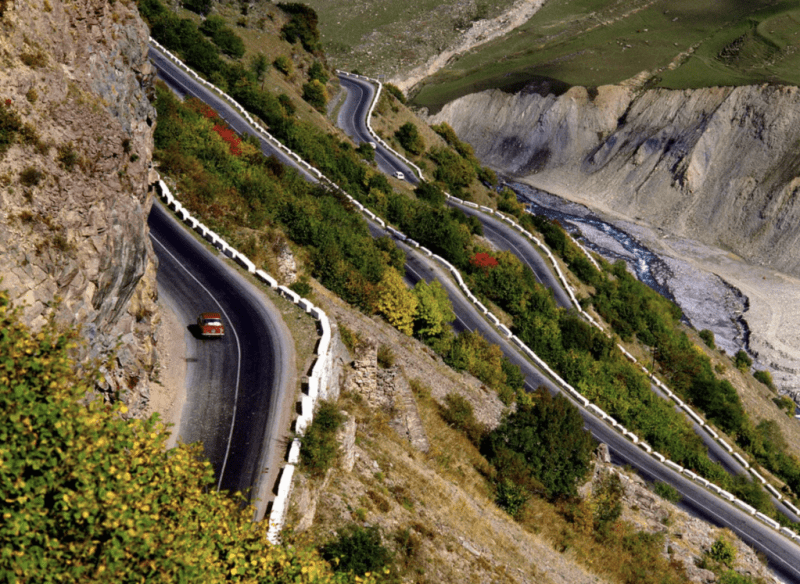 Look tours to Georgia – in 2021 it will surely become a cult destination among countries close to Russia.

Sights of London – 30 most interesting places 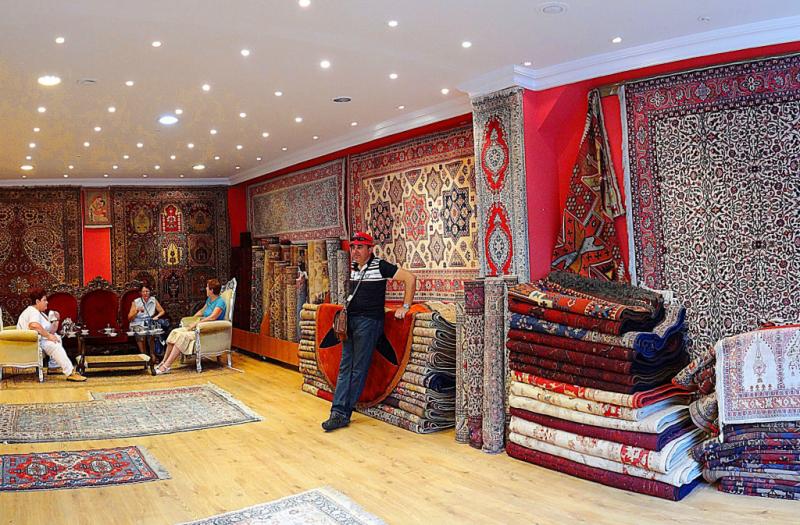 What to bring from Turkey: unusual souvenirs and the most delicious sweets 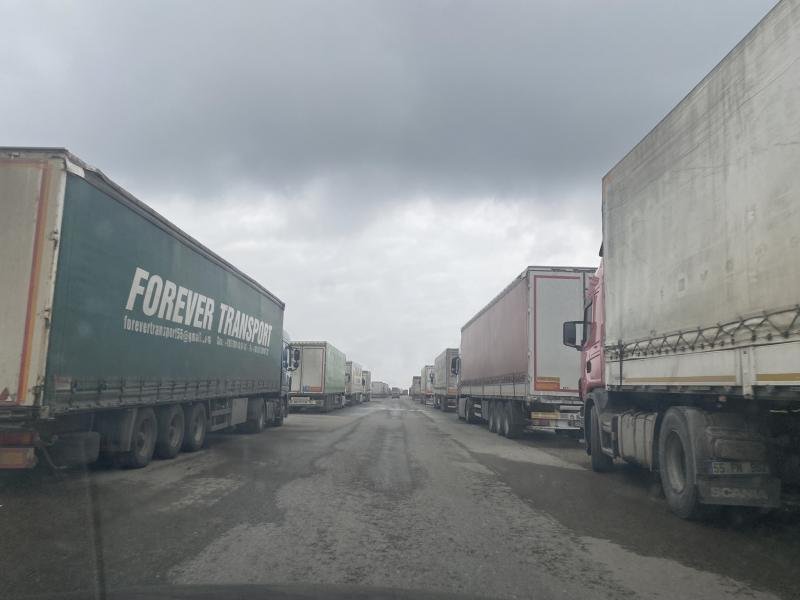 The border between Russia and Azerbaijan: on foot through the checkpoint Samur and Yarag-Kazmalyar in Dagestan