Russian civil aviation found itself in an unprecedented situation. Against the backdrop of constantly emerging new problems that need to be urgently addressed, airlines have to build their strategy so that they can best achieve many, often conflicting, tasks. For example, it is necessary to preserve the airworthiness resources of the aircraft fleet and at the same time ensure the demand for passenger transportation.In a growing state of uncertainty, free internal dialogue between industry participants is becoming extremely important, the best opportunity for which is provided by the Wings of the Future forum, which will be held on October 25 in Moscow.

The transition to the winter schedule at the end of October will give air carriers the opportunity to take a short break, sum up the first results of the rush summer season and think about further ways of developing the civil aviation market. The program of the Wings of the Future forum provides for a discussion of the most pressing issues, the informal continuation of which is planned during extended coffee breaks and an evening buffet. In addition, a networking zone will be available throughout the forum, allowing business meetings and negotiations.

The Wings of the Future Forum is held with the continued support of the Russian Association of Air Transport Operators (AEVT), which is in intensive dialogue with regulators, defending the views and positions of the industry. Therefore, participating in the forum, exchanging views and putting forward new ideas will make a significant contribution to ensuring the future of Russian civil aviation. 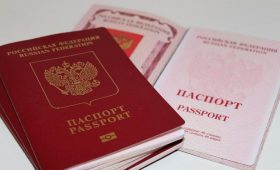 Turkey is getting more expensive before our eyes: the price of the cheapest tour for Russians has been named