Flights to Egypt on Egypt Air begin for Russians 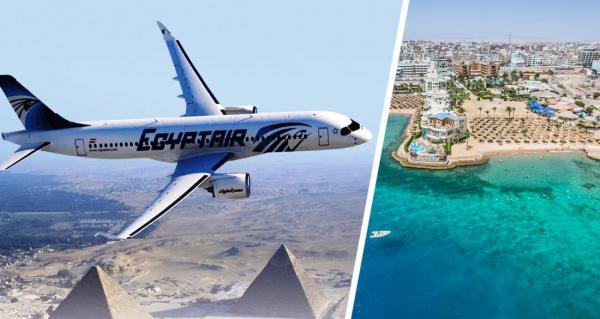 From April 9, Egypt Air resumes daily direct flights between Cairo and Moscow. From the capital of Egypt on connecting flights, Russian tourists can get to the Red Sea resorts, Egyptian media reported.

Air communication between the countries was stopped in March due to the start of Russia's special operation in Ukraine. Then the Egyptian planes had problems with flight insurance, because. there was a need to re-negotiate insurance contracts, as well as due to the refusal of some European parties to insure flights to and from Moscow against the backdrop of events around Ukraine and European sanctions against the Russian Federation. The Ministry of Finance of the “country of pyramids” intervened in a high-profile case, acting as a guarantor for the insurance of Egypt Air aircraft during the flight program to Russia.

Direct flights on the route Cairo – Moscow – Cairo will be daily from April 9th. The flight program is planned on Boeing 737-800 liners.

The schedule is as follows:

The cost of an air ticket from Domodedovo to the Egyptian capital starts from 36 thousand rubles one way.

Tourists can get through the Egyptian capital to the resorts of the Red Sea on connecting flights – this is the way Russians are familiar with from the time when the Russian authorities announced the resumption of direct flights with Egypt after a break of six years.

So, the cost of air travel there -back from Moscow to Hurghada and Sharm el-Sheikh on Egypt Air planes with a transfer in Cairo will cost a tourist at least 75 thousand rubles (departure on the pre-May holidays).

In the context of strict air sanctions against Russia, travelers have to look for alternative routes to Europe, although earlier Russians were urged to refuse trips to European countries – details here.

Nevertheless, Egypt Air offered Russians flights to popular Mediterranean destinations in transit through Cairo: to Spain, Italy, Cyprus and Portugal. For example, a ticket for a flight on the route Moscow – Cairo – Athens (Greece) will cost from 46 thousand rubles one way, to Barcelona in Spain – from 77 thousand rubles, to Larnaca (Cyprus) also on a connecting flight – from 59 thousand rubles, and in Rome – from 57 thousand rubles.

For those who care about a healthy lifestyle, we recommend reading: “Scientists have listed the dangerous consequences for people who have been ill with covid.”

➔ See the news on smartphone? Subscribe to tourism news from Turprom in Google News or Google Discover: these are fresh travel ideas, travel news and collections on sales of tours and air tickets! Or subscribe to the travel news channel at YANDEX.ZEN or at PULSE.MAIL.RU. We also recommend subscribing to our News Channel in Telegram: https://t.me/tourprom