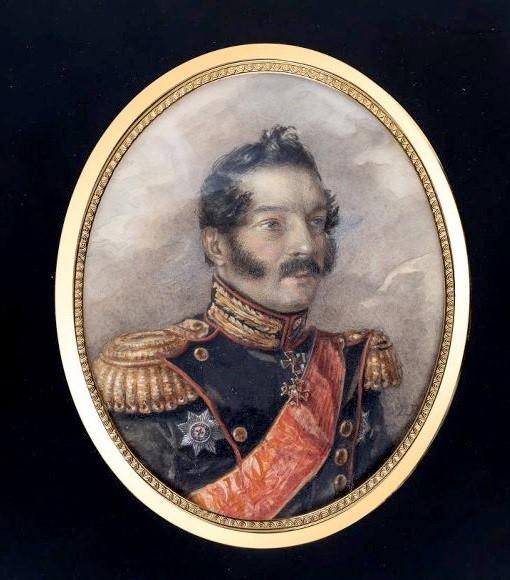 From April 15 to June 26 at the Ostafyevo Estate Museum""Russian Parnassus" the exhibition “Russian watercolor portrait of the 19th century” will be held; from the collection of the Moscow Museum-Estate “Ostankino”. The exposition presents 57 watercolor works by famous Russian and foreign masters, complemented by accessories and objects of decorative and applied art of that time. 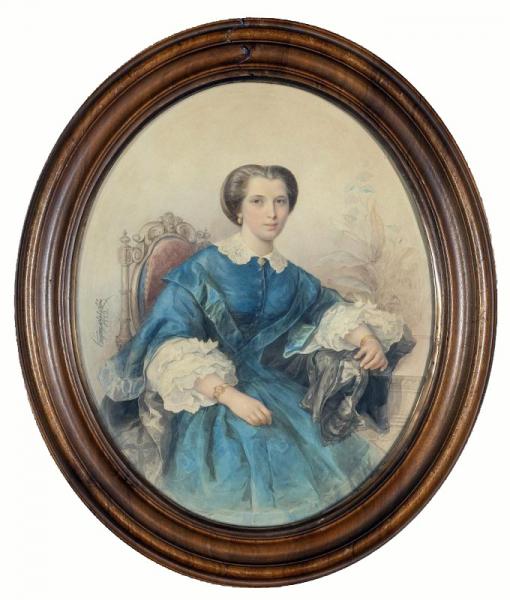 As an independent genre, watercolor portrait appeared in Russia at the beginning of the 19th century thanks to foreign masters, including the French miniaturist Jean-Henri Benner, and the St. Petersburg master Leonty Bramson, who came from Germany and accepted Russian citizenship. Benner's works are presented at the exhibition with portraits of members of the Russian imperial family, which are distinguished by careful detailing of toilets and jewelry, but the character and spiritual image of the models remain far from ideal. At the same time, Bramson, with all the imperfections of his pictorial language, far from academic, managed to create works in which the character of the portrayed is conveyed with captivating frankness. 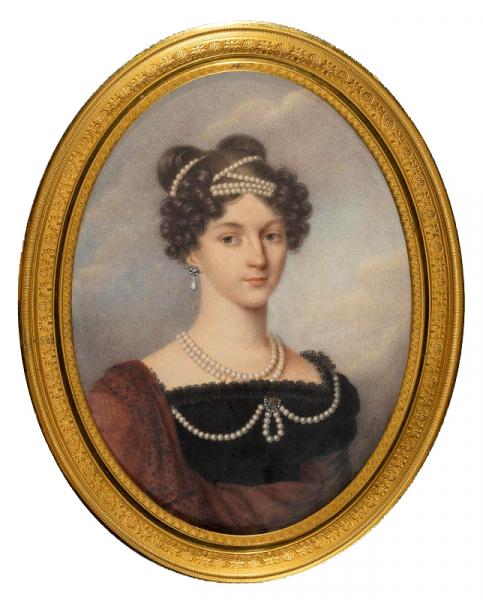 By the second quarter of the 19th century, the watercolor portrait in Russia developed its own style, distinguished by the freedom of artistic means and a special approach to the personality of the model. Russian masters appeared who specialized only in this genre. The most famous among them – Pyotr Fedorovich Sokolov – presented in the exposition with an elegant portrait of the banker Baron Alexander von Stieglitz. To emphasize the wealth of the person portrayed, he has in his hand a loan letter from Baron Rothschild for a million pounds.

A younger contemporary of Pyotr Fedorovich Sokolov, Vladimir Ivanovich Gau — one of the most famous Russian masters who devoted himself exclusively to watercolor portraiture. The refined technique, restrained, balanced coloring of his portraits, as well as the ability to subtly flatter models made him a fashionable and sought-after artist. Portraits made by Vladimir Hau were often copied.

One of these copies — portrait of Grand Duke Nikolai Alexandrovich and Grand Duchess Alexandra Alexandrovna, signed with the joking pseudonym «Podrazhentsov» — viewers will be able to see at the exhibition. It is assumed that the copy was executed by one of the members of the imperial family under the direct supervision of the artist. Several works by Vladimir Gau himself will also be on display, including portraits of Countess Lyubov Alexandrovna Musina-Pushkina and Prince Mikhail Pavlovich Golitsyn. 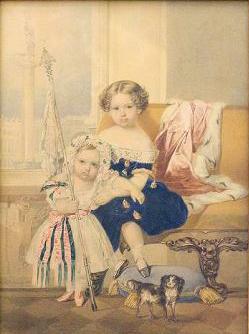 Another layer of Russian society — Moscow merchants, middle-class nobility, raznochintsy intelligentsia — presented at the exhibition with watercolor works by a graduate of the Moscow School of Painting and Sculpture Alexei Ivanovich Strelkovskiy, and an unknown master who signed as Alekseev. Alekseev is of particular interest to a couple of portraits — the merchant-mother in a warrior and a rich bright shawl, despite the mourning for her husband, a merchant in a blue Siberian coat, whose portrait was painted after his death from a painting original in the family.

By the 1830s, the watercolor portrait had become very popular — amateur artists began to actively engage in it, most often drawing relatives, friends, or copying their portraits from the works of professional artists. Some of them have achieved a certain fame – this is Ekaterina Bakunina-Poltoratskaya, the first youthful love of A.S. Pushkin, and Dmitry Palen, a colleague of Mikhail Lermontov, famous for portraits of officers and images of military scenes. 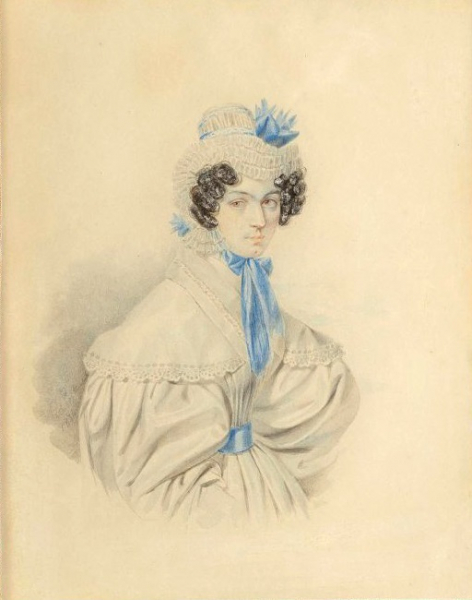 The end of the wide popularity of the watercolor portrait in Russia was put by the widespread distribution in the second half of the century of cheaper and easier photography. And only a few masters continued the traditions of watercolor painting, revealing the very special possibilities of a watercolor portrait. 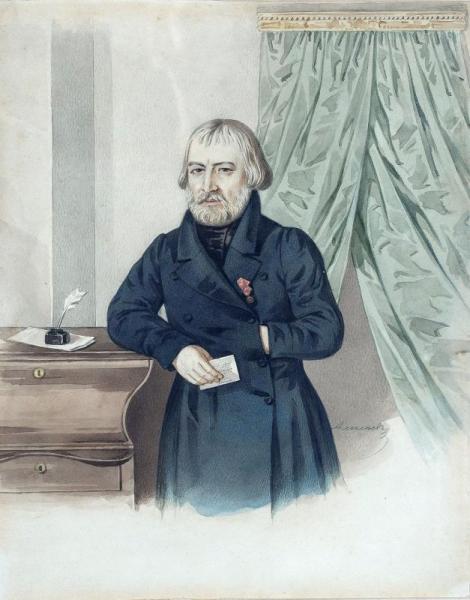 Alekseev. Portrait of a merchant in a blue coat

Exhibition at the Museum-estate “Ostafyevo” – “Russian Parnassus” – one of the rare opportunities for the viewer to see unique works “live” and appreciate all the charm of small masterpieces, which attract with sophistication of color and virtuoso watercolor technique.

Contacts for the media: media@ostafyevomuseum.ru

Museum-Estate &laquo ;Ostafievo»—«Russian Parnassus» — a monument of noble culture on the territory of new Moscow. In Ostafievo there is a beautiful palace — a unique example of Russian manor architecture of the 18th-19th centuries — and an old park with a large pond. The history of the estate dates back to the 17th century, since the 18th century it belonged to the family of the princes Vyazemsky, and then the Sheremetevs. In 1804-1816 he lived here and worked on the “History of the Russian State” Nikolai Mikhailovich Karamzin. Alexander Pushkin came here three times, to whom & nbsp; Ostafyevo owes its second name “Russian Parnassus”. Currently, the museum has permanent and temporary exhibitions, lectures, conferences, excursions, master classes, quests, concerts.