Skip to content (Press Enter)
Home>Where to fly?>Eternal virgins: why do girls become men in the Balkans

They live like real men: they wear men's clothes, are not afraid of hard work, shoot, ride horses and never get married. In Montenegro they are called Virgins, in Albania they are Tobels(from Turkish tobe – “covenant”, “oath”). Impressed, “Subtleties” talks about why Balkan women choose a man's fate.

How to become a virgin

Virginia, or sworn virgin, is a girl who takes a vow of celibacy and fulfills the male role in the family. It happens that such a difficult decision is made for her even in early childhood: for example, if her father and brothers died or there are no sons in the family. In this case, the girl is given a masculine name, it is forbidden to talk about herself in the feminine gender, play with other girls and do needlework. Growing up, she stays with her sisters, does all the men's work, inherits her father's house and represents the family in the community council, but marriage and children are out of the question. A girl who lost her fiancé or did not want to enter into a marriage imposed on her could also declare herself a man. In general, this is a rather rare phenomenon: over the past 200 years, about 150 women have been counted in Montenegro, Kosovo and Albania who have “become” men. The last Montenegrin virgin, Stanka Cerovic, died in 2016, but sworn virgins still live in highland Albanian villages. 1/1

Stanka Cerovich started smoking at the age of 5, at 7 she plowed the land with her father and learned to shoot, and when she grew up she spent time in men's companies over a glass of rakia and card games.

Is it easy to be a man

The roots of this unusual tradition are in the patriarchal foundations of the Balkan countries. In Montenegro, for example, the birth of a son is celebrated for three days, and the birth of a daughter is considered almost a shame. A family left without men turned out to be defenseless: there was no one to take care of the women, no one to represent their interests in the village community. But virgins who took on men's duties were very respected, and along with the burden of responsibility and restrictions at the beginning of the 20th century, they received a number of privileges – high status, the right to vote, the right to education and the opportunity to forever forget about women's work. One of the most famous virgins is Tringe Smiley, who is called the Albanian Joan of Arc. At the beginning of the 20th century, she fought for the independence of her country on an equal footing with men, and now streets in the cities of Kosovo and Albania bear her name.

Many eternal virgins claim that since childhood they felt like boys, and decided to become a tobelie on their own. Durjana from Kosovo first played football with the boys, and then went to school with them, because in the 1930s girls did not receive education. Stanka Cerovich started smoking at the age of 5, at 7 she plowed the land with her father and learned to shoot, and when she grew up she spent time in men's companies with a glass of brandy and card games. “Since childhood, it was easy for me in the male role. But the damned fate did not let me be a man, ”she said in an interview. A similar phenomenon occurs in other countries, for example, Afghanistan and Pakistan: there, in families where sons are not born, one of the daughters becomes a boy – however, temporarily. She returns to the female lifestyle at the age of 17–20, when it is time to get married. Such girls are called bacha-posh – “dressed like a boy”. 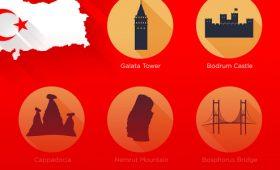 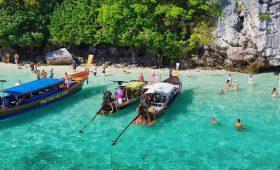 Holidays in Thailand now: how to get there, what's with the money, what has changed

The metro was laid right through a residential high-rise building: how do people live there?