The Dubai Department of Economics and Tourism (DET) has released the first ever Dubai Food Industry Report, a comprehensive study of the city's gastronomic offerings. The report was presented at the first food industry briefing organized by DET at W Dubai Mina Seyahi. More than 100 restaurateurs, experts and key business figures in the sector attended the meeting to share the latest trends as well as discuss the topics collected in the first gastronomic report.

The event was held as part of Dubai's strategy for development of a year-round program of food events and presentations to further strengthen the city's ecosystem of approximately 13,000 restaurants and cafes.

Ahmed Al Hadja, CEO of Dubai Festivals and Retail Establishment (DFRE), tagged: “We are proud that Dubai's ever-evolving food industry continues to have a positive impact on the growth of food tourism worldwide, further cementing the emirate's position as one of the world's most livable cities. This is in line with the vision of His Highness Sheikh Mohammed bin Rashid Al Maktoum, Vice President and Prime Minister of the UAE and Ruler of Dubai. Dubai's unique and diverse gastronomic scene is made up of a variety of locally sourced restaurants, fine dining establishments, popular cafés and Michelin-starred restaurants..

The report is based on feedback and results from various studies conducted by DET, including the Global Brand Tracker, surveys of tourists and locals, and thousands of independent reviews posted on food and travel websites. A survey of a number of local residents found that more than 55% of respondents consider Dubai the No. 1 global food hub, followed by London and New York. Also, 52% of city residents dine out up to three times a week. The emirate ranks second in categories such as “world-class chefs”, “gourmet cuisine” and “restaurant service”, ahead of New York, London, Singapore and Istanbul. The report also notes that 72.2% of tourists are satisfied with the overall quality of the food they have had in Dubai and the restaurants they have eaten at.

The Dubai Department of Economy and Tourism also recently launched the Gastronomy Always on Campaign (GAON), which aims to support the F&B industry and create a calendar of culinary events. As part of the GAON campaign, the annual Dubai Food Festival (@dubaieats) takes place. The festival and its popular year-round social media channels are a leading source of information about Dubai's vibrant food scene.

During the briefing, DET also announced that the 10th Anniversary Dubai Food Festival (DFF) will take place from April 28 to May 7, 2023. DFF 2023 will showcase the diversity and creativity of Dubai's gastronomic offerings through an expanded program of events based on local concepts, global trends, Emirati and international cuisine, led by Dubai-inspired chefs. 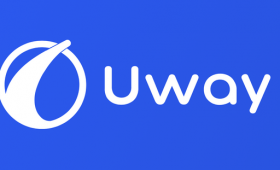 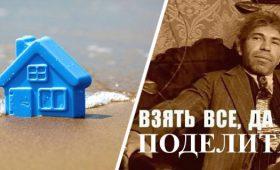 In Europe, they began to take away houses and apartments from Russians: Montenegro became the infiltrator, Bulgaria is next 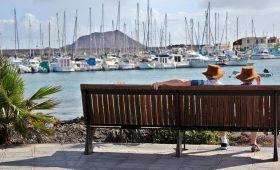 Spain lifted all entry restrictions for travelers from third countries