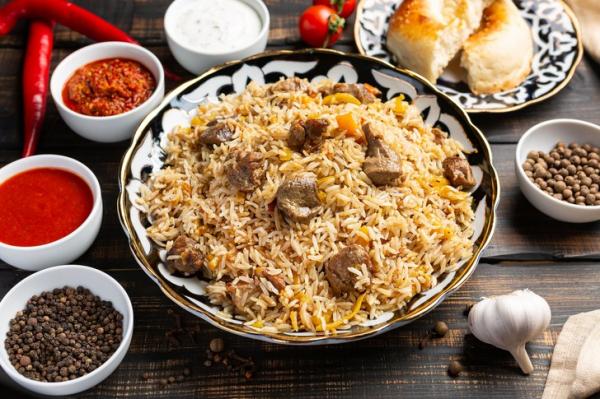 A connoisseur of oriental cuisine, chef Khakim Ganiev became a man early. He cooked his first pilaf when he was eight

Born on October 8, 1959 in Uzbekistan, in the Fergana region.
Received an economic education.
Cook, builder of tandoors for the capital's cafes, author of gastronomic books, including “Encyclopedia of Oriental Cuisine” and “Plov – a delicate matter” from the series “Oriental Feast with Khakim Ganiev”.

Honorary Member of the Association of Chefs of Uzbekistan .

Hakim, is it true that pilaf is the most famous Uzbek dish in the world?

You are right! If someone talks about pilaf, he immediately remembers an Uzbek, and if he talks to an Uzbek, he remembers pilaf. Although it is prepared from the Mediterranean to Indochina, and everywhere in its own way. It’s just that the basis of rice pilaf is the best cereal, neutral, it is good in any dishes. Even sweets are obtained from rice – remember puffed rice.

But it is in Uzbekistan that there is a cult of rice. We have a saying, which, translated into Russian, will probably seem strange: “Rice is the teeth of the Prophet.” This is a sacred cereal for Uzbeks. There is a belief: if you find 11 more rice grains on the table after a meal and eat them, your dreams will come true. And so, after dinner with pilaf, all the tablecloths are clean.

When does an Uzbek eat pilaf for the first time?

In early childhood. I don't remember when I tried it for the first time. But I remember how I really felt the taste of pilaf: when I spoiled it while trying to cook it. The occasion was a wedding.

Mine. For boys in Uzbekistan, the most important wedding is not marriage, but circumcision (this is called a “small wedding”). They do it in five or six years. A boy who is circumcised is considered a man. And any Uzbek man should be able to cook plov. And the feeling that I was already an adult prompted me to make pilaf on my own. 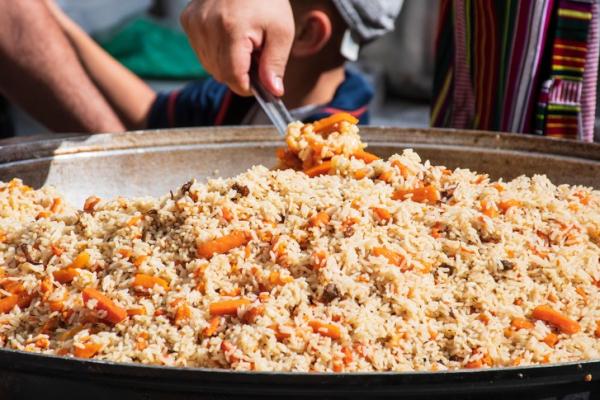 Where did you get the recipe from?

From life & nbsp; – pilaf is constantly cooked in Uzbekistan. Three times a month, one of the neighbors arranges a big holiday. And you help: you bring something, take it away – and look. But it's one thing to watch, and another thing to cook. I did everything seems to be correct, but I forgot to pour water into the cauldron. Mom came, I solemnly brought the dish. And when we started to eat, everything became clear by the characteristic crunch. But my mother was not upset: she said that we would add water and cook the rice. And the next day I went to our teahouse and immediately to the teahousekeeper: “Uncle Arif, teach me how to make plov!”

Why did you go to the teahouse with such a request?< /em>

Teahouse in Uzbekistan is a special place. Our city territory is divided into mahallas (quarters). Each mahalla has a chairman, an elder and a teahouse. You came home from work, changed into something comfortable and went to the tea house for the whole evening: rest, eat pilaf …

And how is it customary to relax?

We sit, talk, play backgammon or cards —a circle of five or six people . Then someone suggests: “Maybe we can eat?” And there are options. You can cook it yourself – the teahouse owner has food and utensils. Or you can pay, and everything will be done for you.

A real men's club. And are children allowed there?

Boys are often brought to the tea house. Yes, and the mother can send the child to the teahouse to call the father. And when I came to Uncle Arif with a request to teach me how to cook, he was not surprised, but sent me to the kitchen. I helped with all my might: washed vegetables, peeled carrots. And I already grabbed the skimmer when Uncle Arif stopped me: “First you learn how to fire!”

Where do you need to “fire”?

There is a proverb among Uzbek cooks: “Not the one who makes pilaf, who holds the slotted spoon, but the one who fires under the cauldron.” It is important to monitor the intensity of the fire at all stages. It should be different: when the fat tail is heated, when the rice is laid … And only after mastering the firing (it took half a year), I ventured on my real “first pilaf”. 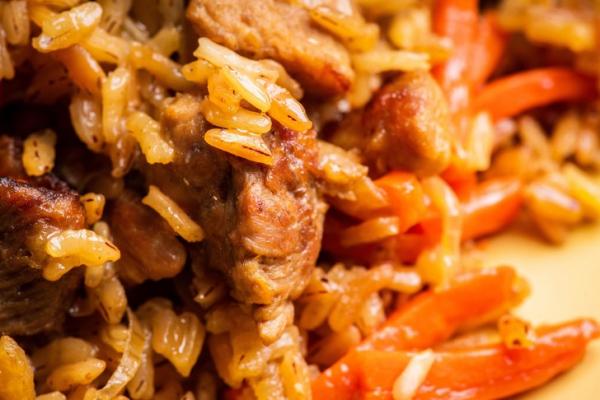 How old were you?

Almost eight. I was overwhelmed with pride, I treated everyone and said that I had cooked it. But the old people did not believe: “Arif, a boy cannot cook such pilaf.” But then they began to often ask me (a little jokingly) to make “my famous pilaf”. To which I replied: “Fine, but only if I eat it with you. But no – so pay the teahouse owner five rubles, let him cook for you.”

Five rubles – was that a lot?

A lot, given that all the ingredients for pilaf for several people cost ten rubles. So, while other children ran and splashed in the pool (every tea house has one), I solemnly sat with the old people on the trestle bed, drank tea and ate pilaf.

And pilaf to large did you trust the celebrations?

Then not yet. In order to start calling for big holidays, you must receive a confession from your teacher in front of three witnesses. And only after that you become the official pilaf cook, in Uzbek -shpaz.

What gives this title?

Recognition and honor. In Ferghana, where I come from, I know three oshpazs who come to them with the question: “What day is the wedding scheduled for?” And they will arrange it only when the cook says. It is necessary that the food at the wedding be delicious, then the whole family life will be delicious. That is, the most important event depends on one person – the chef.

There are such a concept & nbsp; – “delicious hand”. Everyone knows how to cook, but they ask someone who is known about: no matter what he does, no matter how he changes the technology and ingredients, he will still turn out delicious, because he has a “delicious hand”.

Material published in the magazine “Vokrug sveta” No. 10, October 2015, partially updated in August 2022 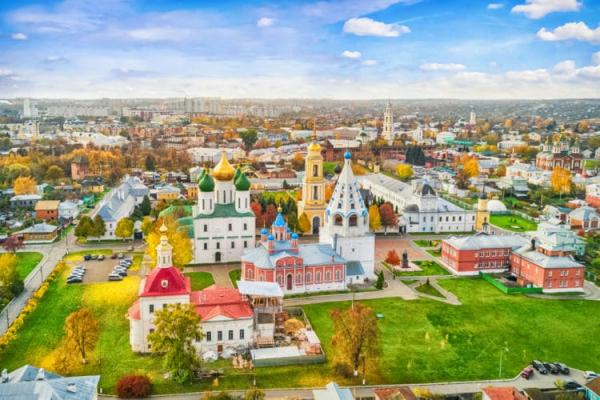 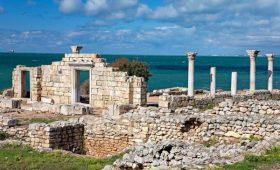 Sevastopol and surroundings: the most detailed guide to the city, beaches and interesting places 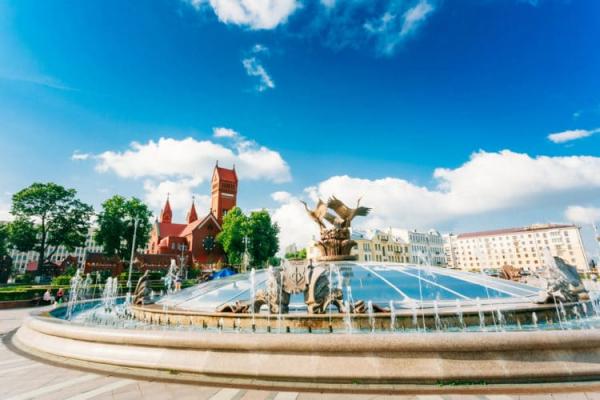