Skip to content (Press Enter)
Home>Where to fly?>Caucasus: rules of conduct in the mountains so as not to offend anyone

In recent years, interest in traveling to the North Caucasus has grown markedly and continues to grow. Meanwhile, in the minds of many residents of Russia, this region is, let's say, a little specific, despite the fact that the same laws apply on its territory. Going there on vacation, you should keep in mind the features associated with the local mentality and religion – however, this is a universal rule for any traveler with understanding.

The most democratic are KBR, KChR and North Ossetia. In Arkhyz, Dombay and the Elbrus region, you can dress almost the same as at home. There are no special restrictions on the wardrobe, but it is better to do without an extreme mini and neckline. In Ingushetia and Dagestan it is stricter. If a woman in tight clothes and a man in a sleeveless T-shirt are simply stared at, then a remark can be made for an overly open body. In Chechnya, everything is serious – girls in skirts above the knee and trousers are generally not perceived, men in shorts are not supposed to walk. So be prepared for public censure from the locals – everyone who is not lazy will pronounce. They will even offer a ride to the hotel so that the unlucky tourist can change into something more appropriate.

In Chechnya, everything is serious – girls in skirts above the knee and trousers are not perceived at all, men Shorts are not allowed.

Communicate with the locals

Historically, the peoples of the North Caucasus did not get along well with each other – constant wars and skirmishes in the past left their mark on their relationship. Simply put, often neighbors do not like each other. To avoid problems, you do not need to raise these topics in conversations with locals.

Also, do not challenge their authority – communicate condescendingly, dismissively, impose your point of view. Proud and quick-tempered highlanders can go into conflict or do something unpleasant in retaliation. For example, if you prove to the seller of meat that you understand barbecue better than him and meticulously shake up the goods, you risk getting the most obscene of what he has on the counter. Communicate calmly, friendly, agree – and do it your way.

Caucasians are dashing drivers; most of the rules of the road they somehow observe. But they categorically do not like to buckle up and carry children in child seats, they constantly cut and do not turn on the turn signals. And it’s a matter of honor to take off at a traffic light faster than anyone immediately after switching to yellow.

To take off at a traffic light faster than anyone immediately after switching to yellow is a matter of honor in the Caucasus.

In the capitals of the republics, you can park your car for free almost everywhere, which is what the locals use, parking their cars very chaotically. There are paid guarded parking lots in the resort areas, but this is not a widespread practice.

The official ban on alcohol is valid only in Chechnya. There you can’t buy it in ordinary stores and you can’t order it in a cafe. It is available only in the Grozny “Lenta” (released from 8:00 to 10:00) and in a couple of five-star hotels. In Ingushetia, alcohol is sold, but not everywhere and not on all days of the week. There is a ban on the sale of alcohol in stores at night – from 20:00–21:00 to 10:00–11:00, as well as on some holidays. Some catering establishments voluntarily refuse alcoholic drinks from the menu, declaring themselves halal. Public consumption is allowed in restaurants, cafes, on summer verandas, at picnics (except for Chechnya and partly Ingushetia). In the liberal KBR, Ossetia and KChR, no one pays attention to this at all, and in the resorts a full range of spirits is presented in almost every store. But still in the park on a bench or on the street it is better not to do this.

What else to read on the topic

Traveling in the North Caucasus is safe, if we are not talking about individual camping high in the mountains, when the nearest village is tens of kilometers away. They don't climb into such wilderness without an experienced guide. You can safely go to popular places even alone. Moreover, the locals will prompt, help and show the way. In Chechnya, they do not steal at all, and in Dagestan there is no street crime. In accordance with the unspoken code of conduct, it is better for women not to walk unaccompanied (especially at night) in order to avoid intrusive attention from especially impudent horsemen. 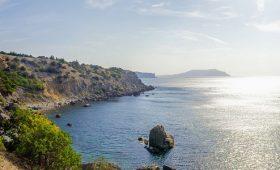 Are there sharks in the Black Sea?

What do Armenians think of Russians? 5 facts that will surprise you 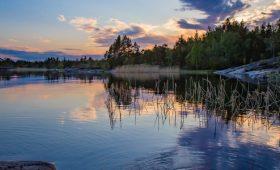 To Karelia with tents: shoals of beginners and experienced tips