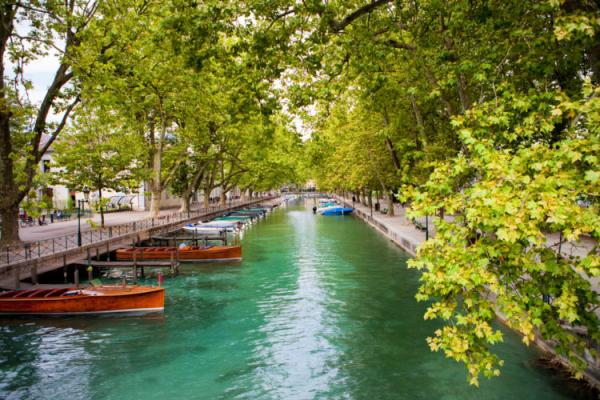 Several millennia ago, numerous lakes with clear life-giving water gave birth to a settlement called Annecy, or as it is also called Annecy (Latin Annesium). The official founding date is 876, when the settlement was first mentioned in documents created during the reign of the French Emperor Lothar.

At various times, the city was the patrimony of the counts of Geneva (X-XIV centuries), the Dukes of Savoy (XV century), after the Geneva reforms, bishops moved here and the headquarters of their diocese was equipped (30s of the XVI century), which significantly enhances religiosity population and allows you to raise education to a new level. In parallel, the city is expanding, a castle is being built, and many craft workshops are being formed in the Tew Canal area. 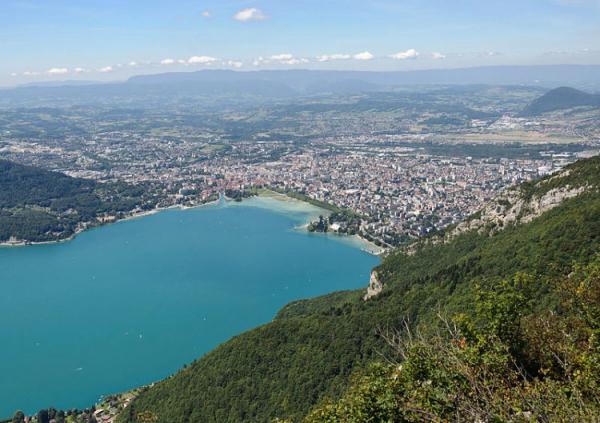 Annecy became the object of attention of Jean-Jacques Rousseau: in his work “Confession”, published in 1765, he described the quiet and modest life of a small town, similar to life in the countryside. However, since the end of the 18th century, a number of events have taken place leading to the industrialization of this place, and a century later, a tourist infrastructure begins to build in the city, which subsequently affected all types of activities that existed at that time.

More active development of Annecy received at the beginning of the last century, population growth and the pace of construction of industrial enterprises increased, and tourism became one of the key industries of the area, which has something to show and offer discerning travelers.

Temples and palaces of ancient Annecy

< p>Such a rich historical experience and participation in the creation of the city of many original nationalities simply could not but be reflected in its appearance. Among the sights of Annecy in France, legendary monuments of architecture are famous, each of which has its own fascinating history. If you are sightseeing in France, be sure to check out Annecy! The list of the most popular of them includes such masterpieces as:

Island Palace Palais de Lille; Annecy Castle; Church of St. Francis de Sales; Cathedral of St. Peter's Church Saint-Maurice and many other monuments in the vicinity of the city.

It is believed that visiting the city and not taking a photo at the palace on the island means wasting time in vain. The structure was built in the XII-XIII centuries on a small island in the middle of the Tew Canal, which flows between the lake and the river Feuer. The originality lies in the fact that every centimeter of the island was used during its construction, the structure repeats its shape, so one of the facades looks like the bow of a sailing ship. The building was conceived as an office for collecting fees when crossing the bridge, then its quality factor, and the fact that it is surrounded on all sides by water, played a role – it became a solid prison. However, a century later, the same qualities inspired the community to get rid of the casemate and create a mint in the palace. The building has been a residence for the nobility, an almshouse, an orphanage, a drawing school, a gymnasium, a palace of justice (in fact, that is why it still bears this proud name, despite its quite mundane functions). Finally, a city bathhouse was almost built in its place, but the beginning of the 20th century became a period of revival of the ancient palace, it began to be protected as a historical monument of architecture. 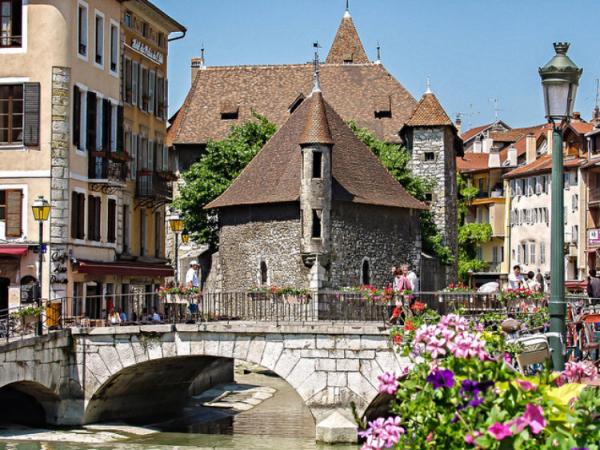 Unfortunately, the Second World War forced these walls to remember the wailing of prisoners, it again became a prison, but after the war it did not lose popularity. At the end of the last century, it was restored for the second time and still enjoys the sympathy of travelers.

Built in the 12th century in the capital of the County of Geneva, Annecy Castle received the status of a count's residence, as befits a building of this type. Its foundation was a fortress that stood on this site for about four centuries. Fires raged in it several times, but the castle was always restored. During the period when it was owned by the Dukes of Savoy, the most beautiful tower of the Perriere complex was erected. The defense of the fortress improved, which, however, did not prevent the French army from seizing it at the beginning of the 17th century, turning it first into a barracks, then into a warehouse. 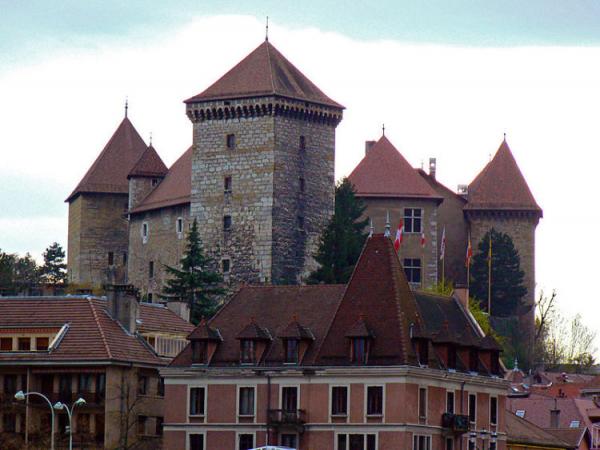 In the end, the abandoned castle became a haven for the poor and the homeless. The black streak for him was interrupted only in the middle of the last century, when he was taken under protection as a historical monument. The buildings were put in order and today an interesting collection of the museum is located here, which invites visitors to enjoy the unique spirit of exhibits that have a long history. The area around it has changed, it was surrounded by many beautiful squares, restored, although not as large, but no less interesting historical sights. From the walls of the castle you can see the panorama of the city of Annecy and a picturesque view of the lake of the same name.

See the beautiful places of Annecy in this wonderful video!

Sights of Annecy: Venice of the Alps

This is how Europeans often call this city, and they are partly right. Three rivers and many canals, houses surrounded on all sides by water, involuntarily refer us to the Italian miracle on the water. Looking at colorful photos of the sights of Annecy, France and many European countries rated the town aptly, calling it “the most beautiful French village.”

Enviable competition to the architectural delights of the settlement is Lake Annecy. Its picturesque surroundings delight many tourists who, once having been here, come back to admire the beauties of the lake again and again. Nearly three thousand hectares of crystal clear water surface 15 km long and up to 3 km wide, surrounded by incredibly beautiful slopes and cliffs covered with forests, are offered to travelers for review. It is considered the cleanest body of water in the world, because it owes its origin in ancient times to the glaciers of the Alps, whose melt waters filled and continue to fill the bowl of small mountain rivers and streams. 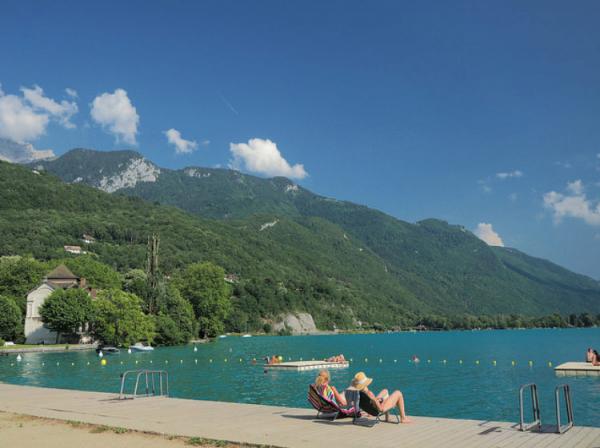 On the banks of Annecy, a beach holiday is organized for residents of the city and its guests, because the air temperature in July-August reaches +27 degrees, and the water warms up to +24. The abbey on the shore of the lake, where the monks used to live, is equipped as a comfortable hotel. The beginning of August is marked by an influx of tourists who want to enjoy an interesting holiday, accompanied by fireworks and shows on the water.

The small town simply breathes romance, thanks to medieval architecture, picturesque streets and parks. Emphasizes this feeling and Pont de Amour – a bridge over the canal, where lovers make appointments. Couples of different generations strive to pass along it, those who have the whole love story yet to come, and those who have something to remember for a long and happy life together. 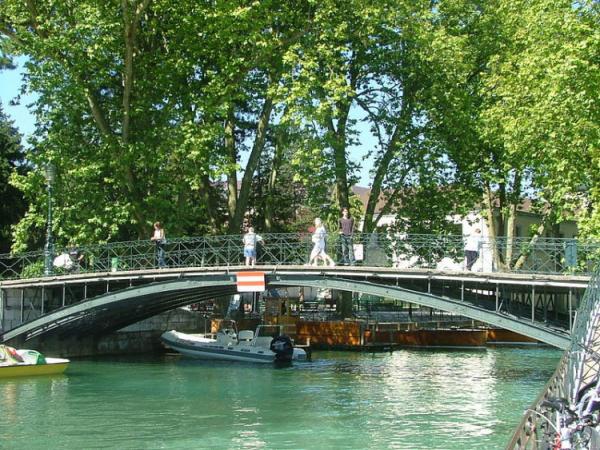 Not far from the junction of the canal and the lake in 1863, an English-style park was laid out, called the “Garden of Europe”. Visitors are simply mesmerized by the unique landscape design, sculptural compositions, amazingly beautiful vegetation. You can learn about the origin and type of trees from the information plates at each of them. An island has been created in the park lake, where snow-white swans live and tourists can enjoy their majestic beauty and grace. The park itself has several attractions, for example, on the embankment, the first sundial with a gnomon, a column invented by the Capuchin monk father Arsen, has been preserved. 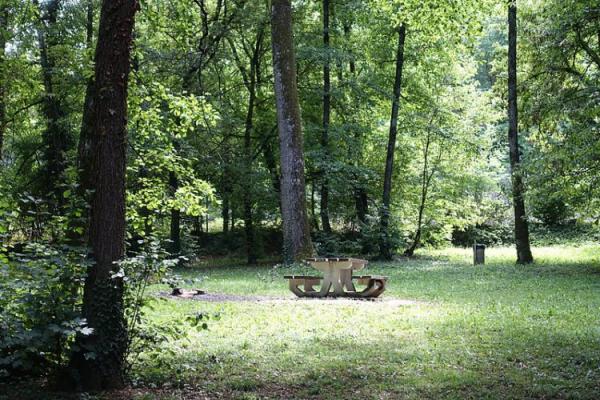 Often, excursion routes that are formed in Geneva, Grenoble, Lyon, include a visit to Annecy. But, having set foot on the streets of this city, many tourists prefer to stay here for several days, fortunately, the whole environment contributes to this desire: many comfortable hotels, cafes, restaurants, casinos that will solve the problem of accommodation, food and evening leisure. Well, during the day in Annecy there is always something to admire.

Read also about the sights of Bordeaux and be inspired to travel further in France. 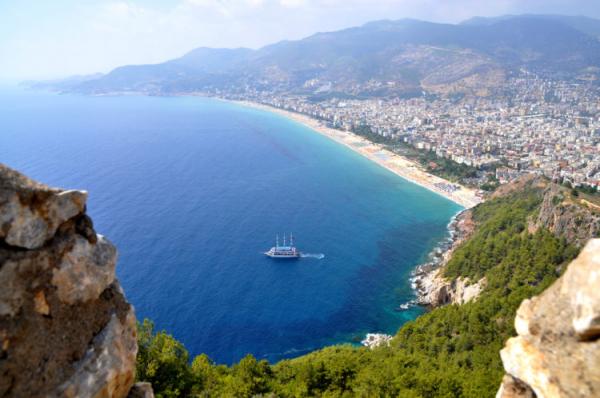 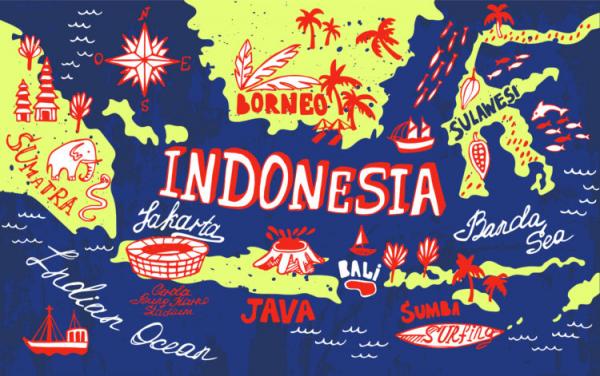 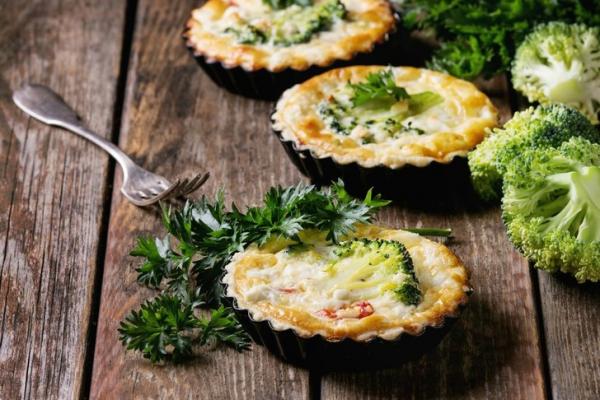