Skip to content (Press Enter)
Home>Blog>Armenia: how and where to go in 2021 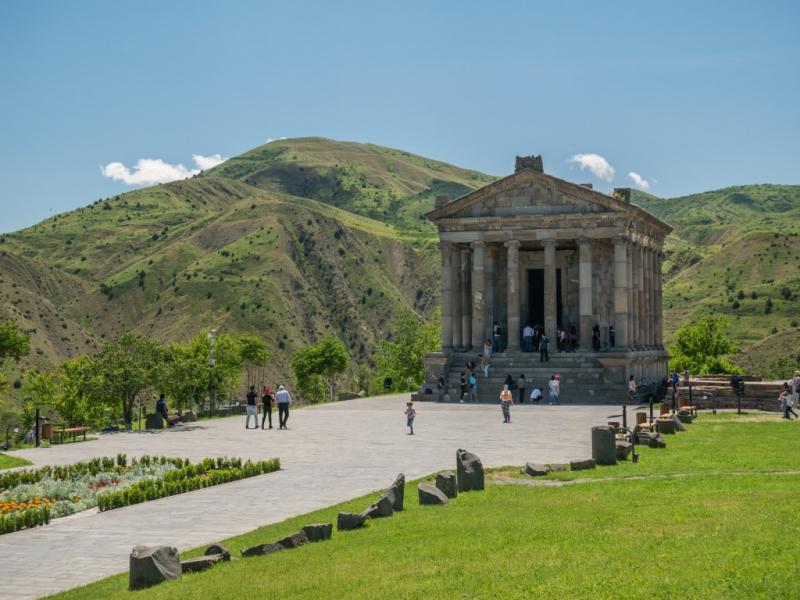 This country is one of the officially open for Russians. Here, without any visas and quarantines, everyone who bought a ticket for a direct flight from Moscow to Yerevan and took a test for the absence of covid 72 hours before departure is welcome to enter.

We publish the top 7 reasons why to go to Armenia.

Christianity appeared in Armenia even earlier than in Rome. It is not surprising that the entire map of the country is literally “strewn” with places of worship, and local monasteries can boast of incredible artifacts – for example, the spear that Jesus Christ was pierced at the end of his suffering on the cross. You can check the condition of this artifact in the Geghard Monastery. Another religious attraction is Virap, where, according to legend, Gregory the Illuminator languished for his faith for 13 years. For pagans and just lovers of history, Armenia has “prepared” the temple of the sun in Garni, which is somewhat similar to a mini Parthenon.

Ride the longest cable car in the world

An almost six-kilometer cable car leads to the Tatev Monastery. It is called “Wings of Tatev”, and it is officially included in the book by Guinness record. Near the monastery, whose age is almost 12 centuries, there is a natural bridge called Chertov. There will be wow footage from the drone, so if you have one, feel free to take it. 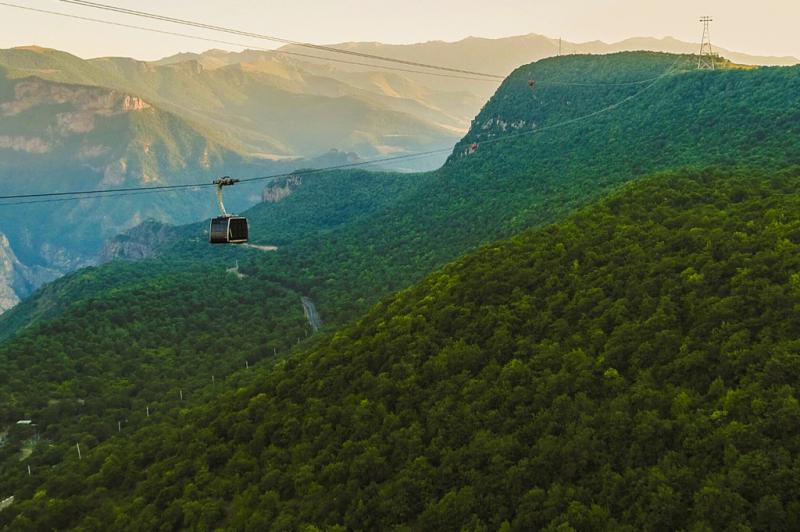 Khndzoresk is one of the most unusual tourist sites in Armenia. It was inhabited until the middle of the last century, when the last inhabitants left its walls. Its temples are dilapidated, and its grotto-dwellings are empty – a dead, but bewitching place.

Get to know Yerevan

Travel will not be complete without a visit to the capital. Her appearance is non-standard: in a pink haze with a cognac flavor, Yerevan meets those who come to walk along its noisy streets. The pink haze was given to the city by its walls – much is built of pink volcanic porous tuff, as for the cognac flavor, the Ararat winery is responsible for this. Acquaintance with the city begins with the Grand Cascade – these are stairs, fountains and modern sculptures.

We visit the Republic Square and the Historical Museum, look into the only secluded Blue Mosque in this city, and then “Vernissage” – a point for lovers of bracholok and markets. 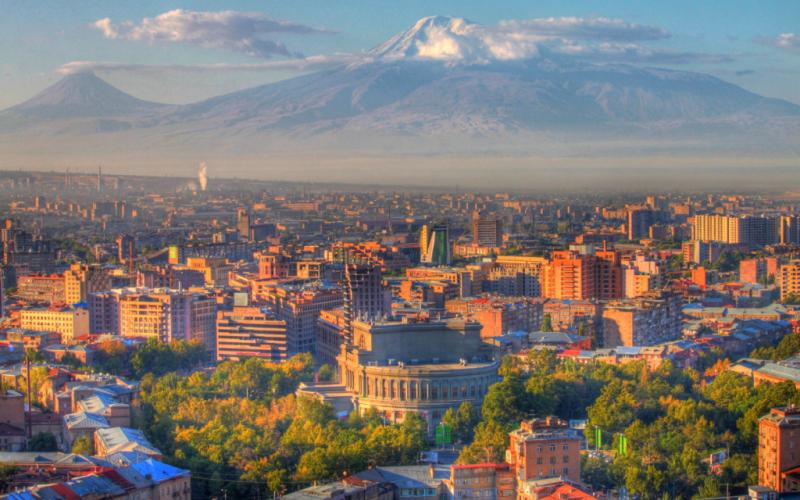 Rise to the heights

< p>There are two volcanoes in Armenia that are interesting for peak collectors: the four-peak Aragats (northern peak – 4090 m) and Azhdahak (3597 m). People climb Aragats to visit the highest point of Armenia, but the views from Azhdahak are no worse, although it is inferior in height. There is everything – a caldera, a lot of extinct peaks, a romantic fog … And by the way, about the views and peaks: despite the fact that the legendary Mount Ararat, to which Noah allegedly moored on the Ark, is located in Turkey, it can be seen from Armenia – including from Azhdahak . 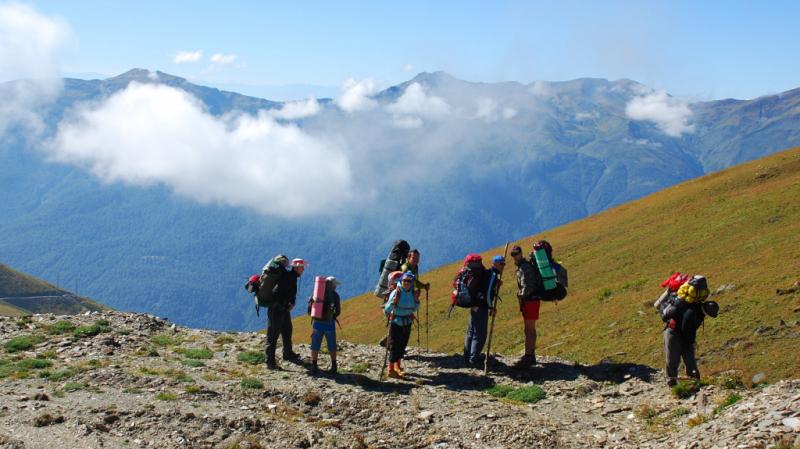 Look at the largest lake in the Caucasus

Lake Sevan is not a small mountain lake, but a large body of water where yachts and steamboats go, where trout swims and which shines at sunset. This is one of those moments when you freeze from the beauty of nature. There is not only food for the body on the lake: on its northwestern shore is the monastery of Sevanavank. Once it was a lonely complex on the island, but due to the fall of the water level, it became a temple on the peninsula. 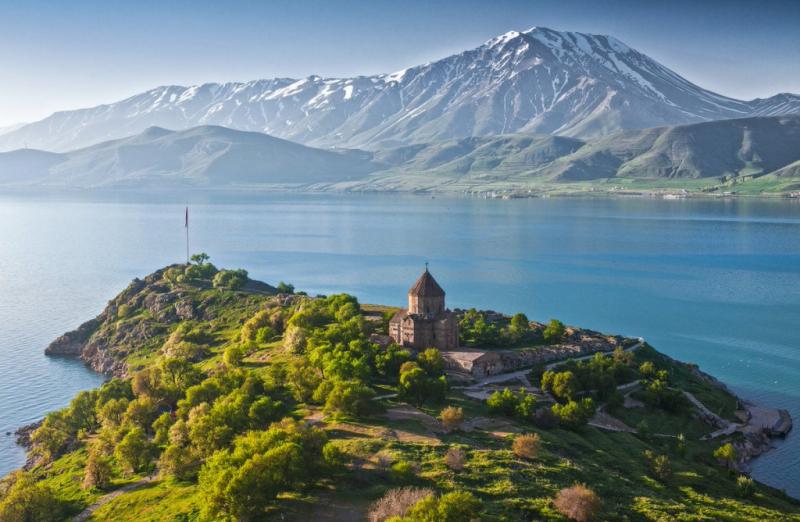 Relax in a resort atmosphere

Jermuk is a resort city where mineral waters gushes, hot springs beckon into their warm waters and nearby waterfalls rustle. Those who want to walk along the Arpi Gorge and see the Noravank monastery complex of the 13th century also come here. The place is ideal for SPA, relaxation and rest after a busy program in this country. 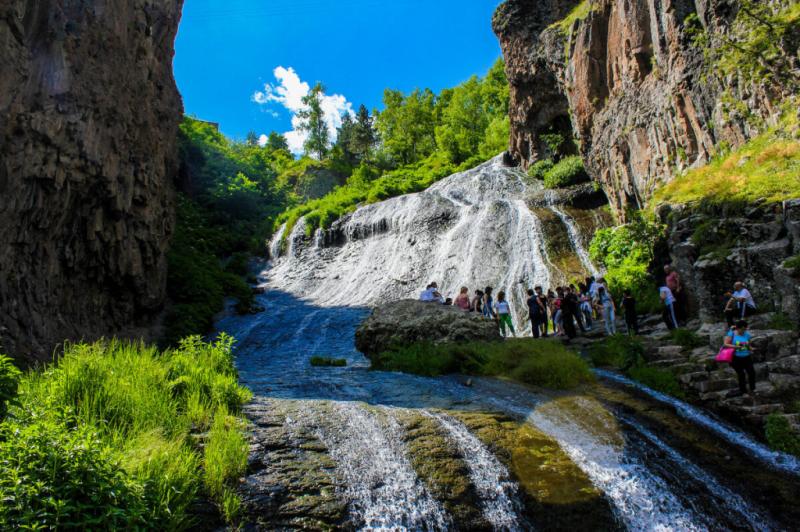 At the end of this note there is an obvious bonus: a link for those who decided that wants to go on tour to Armenia in 2021. Have a good travel!

Prepare your cameras – the most original monuments 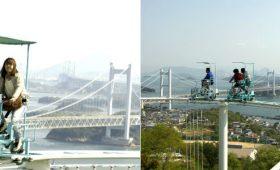 Kurashiki and the sky bike: a ride on the clouds

I am looking for a travel companion for a trip to Sochi, Crimea on July 20-30.