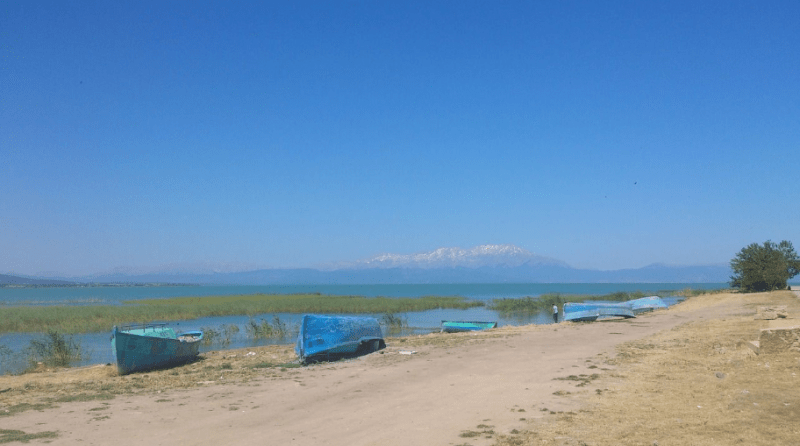 Leaving Cappadocia and going to the South-West to explore the lakes of Turkey. Let's start from Lake Beysehir and visit the city of the same name on its shore. The place is famous not only for its beautiful views of the mountains and the surface of the reservoir, but also for the ancient monument of the Hittite era. It is most convenient to spend the night in the city of Beysehir.

We rise to a height of 1300 meters above sea level. The interior of the cave, 765 meters long, is fully lit, so walking through it is convenient and easy. In addition to stalactites, miniature canyons have also formed here. And at the entrance to the cave you will see an ancient Roman bridge. Well worth the cave tour.

We drive further towards Pamukkale and meet another lake on our way. Egirdir has different shades at different times of the day, the body of water is surrounded by apple and peach orchards and is known for its crystal clear beaches. It is worth spending the night in the city of the same name with the lake.

The name «cotton castle» (or “cotton fortress”) perfectly suits Pamukkale, or rather, its unusual landscape. The so-called snow-white travertines of the “cotton castle” arose on the slope of the mountain as a result of the precipitation of calcium carbonate from the water of geothermal sources. You can not only see all this, but also take a bath in the spring of Cleopatra.

We end the day on the shores of Salda Lake, which the locals call the Turkish Maldives. Comments are unnecessary – just look at the photo.

The main object of the national park is the canyon of the same name. With a depth of 300 m and a length of 18 km, it is one of the deepest in the world. The canyon was formed as a result of the abrasion of rocks by running water over thousands of years. We will go deep into Saklikent to the maximum possible distance at this time of the year.

The name of Mount Babadag (part of the Taurus mountain range) is translated as “Mountain-Father”, it rises above the Oludeniz Bay. The steep mountain slopes are covered with dense forests, where pines and cedars grow. In the foothills are small Turkish villages, and around them the ancient Lycian road bends. The mountain is known as one of the best places in the world for paragliding thanks to its ideal winds and location.

It also offers magnificent views of the turquoise coast of Turkey. All year round, paragliders can be seen descending from the majestic peak of Babadag and making 360-degree rotations over the sparkling sea, before landing on land next to Oludeniz Beach. Tandem jumps with experienced guides are offered daily depending on the weather.

Well, here we are on the coast! Aegean Sea – region suitable for all ages. Here you will see a magnificent coastline and pristine sandy beaches, surrounded by olive groves, steep cliffs and pine forests.

The bathing season in the Aegean Sea lasts from mid-April to early November, so it's time to enjoy this wonderful you have plenty of terrain in the author's tour. 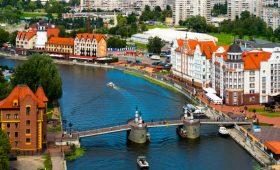 Top 10 reasons for tourism and recreation in Kaliningrad

35 most interesting places to see in Paris